The day after the Council of Ministers approved the new general state budget project for next year, Pedro Sánchez has contrasted these accounts with the last ones designed by the Popular Party in 2018, and has denounced the "lack of empathy” by Alberto Núñez Feijóo for rejecting the new solidarity tax on large fortunes. 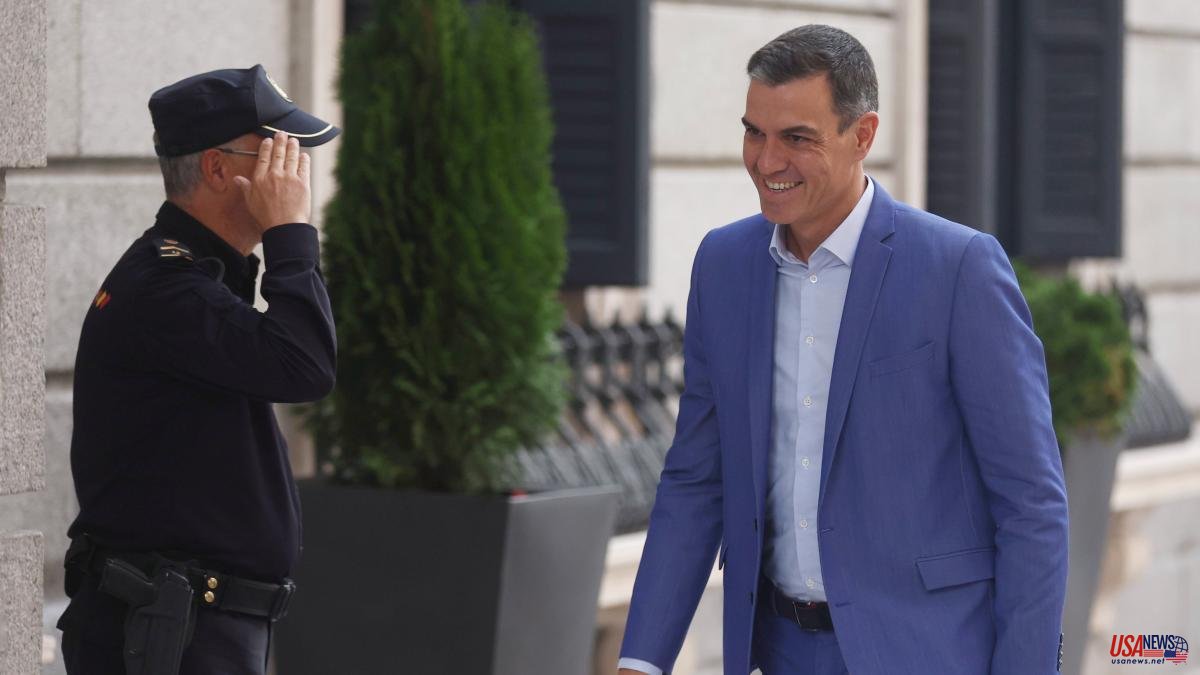 The day after the Council of Ministers approved the new general state budget project for next year, Pedro Sánchez has contrasted these accounts with the last ones designed by the Popular Party in 2018, and has denounced the "lack of empathy” by Alberto Núñez Feijóo for rejecting the new solidarity tax on large fortunes. "This government, as it did with the pandemic, and unlike what the PP did when they governed the financial crisis, is going to put all the resources of the State at the service of the social majority and not at the service of the wealthy minority," he stressed. the head of the Executive during the control session to which he has submitted this Wednesday in Congress.

The PP spokeswoman, Cuca Gamarra, has accused Sánchez of being "a bad ruler", of having "lost the sense of reality", of preparing budgets that are, in her opinion, "pure electoral calculation", and that They seek to "buy the will" of their parliamentary allies, such as ERC or EH Bildu. “They want him because of his weakness”, Gamarra has warned him once again.

But Sánchez wanted to reply to the criticism that Feijóo launched yesterday, when he called the new budgets "antisocial". The President of the Government has assured that these accounts, compared to the last ones prepared by the PP Executive in 2018, raise social spending by 35%, spending on education by 62%, 60% in scholarships and aid to the study, and 151% in the dependency system. “These are social budgets that protect the middle and working class”, he has defended.

The head of the Executive has criticized the "neoliberal recipe" in which, in his opinion, the PP continues to cling. And he has warned that what "demonstrates a lack of empathy" is listening to Feijóo say that "it is old to talk about rich and poor in a country that has two and a half million children in poverty or that, according to the INE, has a 27 .8% of its population at risk of poverty”. "The old thing is to lower taxes on the rich, what they do in the United Kingdom," Sánchez reproached, who has brandished a copy of The Economist magazine, to criticize the project of the British Prime Minister, the conservative Liz Truss, which has had to urgently back down. The leader of the PSOE has recommended that the PP talk to their "conservative friends and colleagues, and ask them how a country should not be governed."

The Compromís spokesman, Joan Baldoví, later lamented that the renewal of the General Council of the Judiciary is four years late, and the reform of the regional financing system is twice as late, adding that it has already expired for eight years. Sánchez has assured that he would like to address both renewals, “but two do not dance if one does not want to”, he has warned, referring to the impossibility of understanding with a PP to which he has attributed a “denier opposition”. The President of the Government has acknowledged that he will not be able to forge any consensus with the main opposition party in the remainder of the legislature: "We are not going to ask the elm tree for pears," he lamented.