Sánchez defines the NATO summit as a 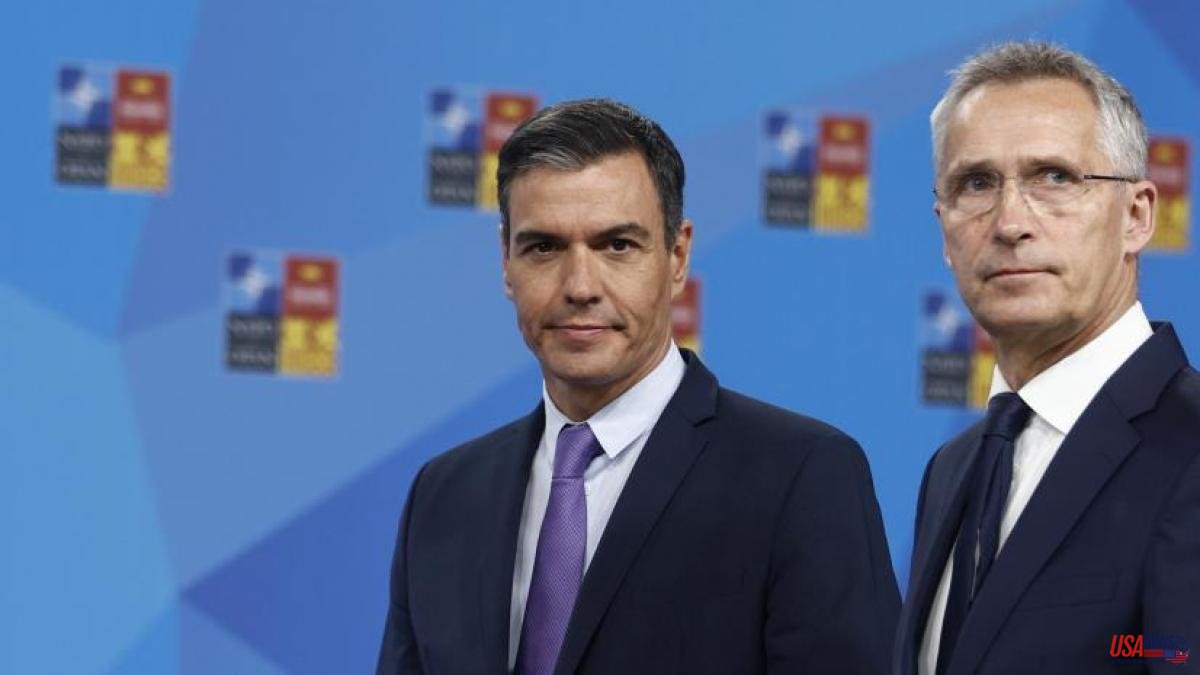 "A meeting of democracies in defense of democracy". This is how the President of the Government, Pedro Sánchez, has defined the summit of the Atlantic Alliance that will begin today in Madrid and in which not only the Heads of State and Government of the 30 member countries of the military organization participate, but also several of the the Indo-Pacific region and representatives of the European Union. "“The purpose is clear, to convey a message of unity on the part of the allies”, Sánchez said four months after the Russian invasion of Ukraine.

This is a summit of "democracies that meet to defend democracy and the values ​​that unite us such as freedom, political plurality, respect for human rights and the defense of the rules-based international order", highlighted the president of the Government. The war in Ukraine has made "the present and future validity" of NATO even more evident, Sánchez underlined after visiting the facilities of the Ifema fairgrounds, which will host the NATO summit from tomorrow, together with the secretary general of the organization , the Norwegian Jens Stoltenberg.

"The Madrid summit is going to be crucial" and "historic", Stoltenberg assured for his part. The Madrid Strategic Concept will emerge from the meeting's discussions, the document that will guide NATO "in a more dangerous and unpredictable world", as well as a fundamental reform of its force model and a strong message of support for the right to Ukraine's self-defense, a country to which the allied countries will commit to sending more weapons in the coming days. "In order to defend ourselves in this more dangerous world, it will be necessary to invest more in our defense", warned the Allied Secretary General, who highlighted the coincidence of the summit with the 40th anniversary of Spain's entry into NATO and praised the "good organization "of the encounter.

The first official act of the summit will not take place until tonight, the gala dinner at the Royal Palace that King Felipe VI will offer to international leaders, so Sánchez has scheduled several bilateral meetings for today. This morning he received Jacinda Ardern Jacinda Ardern, and Anthony Albanese, the Prime Ministers of New Zealand and Australia, countries that will participate tomorrow in a summit session as "partners" of the Alliance, separately in La Moncloa. and this afternoon his first meeting with the president of the United States, Joe Biden, will take place. Sánchez plans to discuss with the US president the situation of bilateral relations, the impact of the war in Ukraine and the fight against terrorism in North Africa, as reported by La Moncloa.