Pedro Sánchez's proximity strategy does not only consist of going down to the street and stepping on the mud, but also that the citizens themselves go to Moncloa to express their concerns to his face. 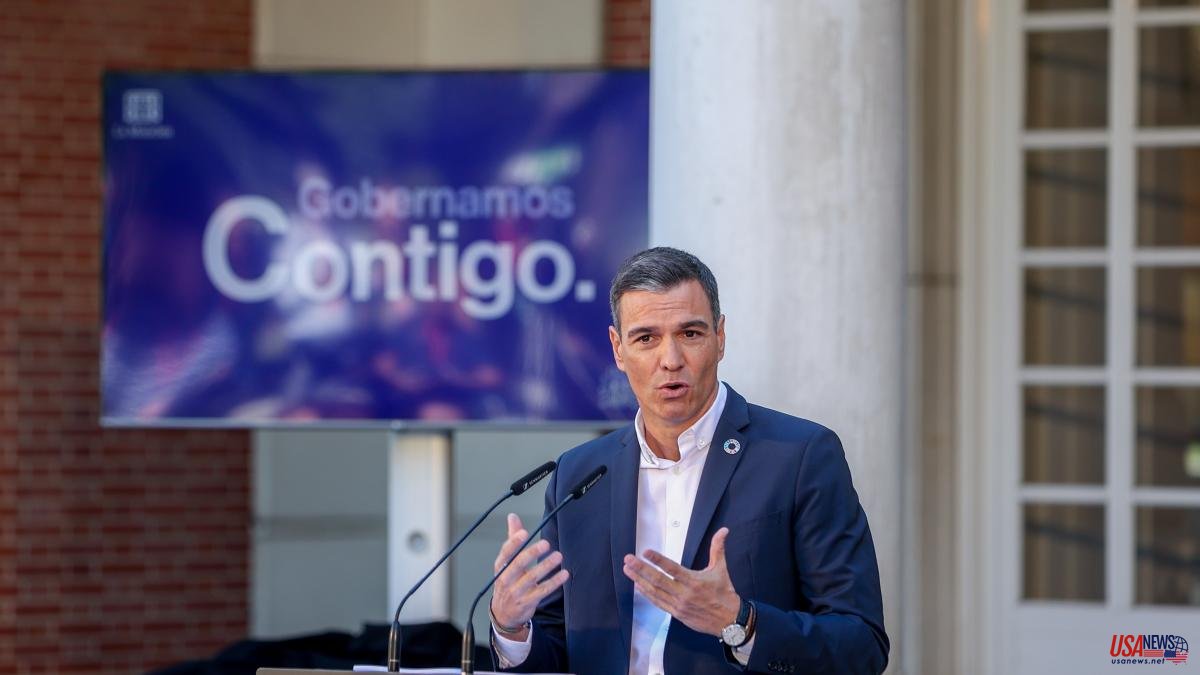 Pedro Sánchez's proximity strategy does not only consist of going down to the street and stepping on the mud, but also that the citizens themselves go to Moncloa to express their concerns to his face. This is what the President of the Government has done this Monday in an act in which some citizens have taken the floor to transmit their demands, "without intermediaries or barriers", according to Sánchez, who has highlighted his objective of "governing with the people, for the people”. Unlike in previous years, when the chief executive reopened the political course before the big Ibex businessmen, Sánchez met today with anonymous citizens, before whom he reiterated his willingness to protect the middle and working classes, in times of absolute economic and energy uncertainty, in the face of the "economic powers" of the large corporations, and the "wrong recipes" that it has attributed to the Popular Party.

Sánchez has warned that he is not going to put "warm cloths" before the difficult winter that is coming due to the energy crisis and the increase in inflation that pays for the war in Ukraine, but he has called to combat "the discourse of fear" that blames on the right. “We are facing a very difficult situation”, acknowledged the Chief Executive. “But the worst thing we can do in this situation is to get carried away by an easy speech, to proclaim disaster. Faced with this kind of prophets of catastrophe and prophecies that aspire to self-fulfilling, we must look at the data and know what the reality is in all its breadth”, Sánchez warned, given the growth of the economy and the creation of jobs. “Neither euphoria nor catastrophism, realism”, the Chief Executive has demanded. A speech that tomorrow will return to Alberto Núñez Feijóo in the Senate.

"We cannot fall into fear, or mistrust, or discouragement," Sánchez warned. And he has given as an example the reaction that was achieved to be able to double the pulse of the coronavirus pandemic. "When our country acts united, with solidarity, with responsibility and with hope, it can overcome any serious test", he stressed.

It was not today for announcements, despite the fact that Sánchez has confirmed that the Council of Ministers will approve tomorrow the rule that will guarantee unemployment benefits for domestic workers. The President of the Government has vindicated his "agenda of rights and freedoms", among which he has highlighted his commitment to "labour and salary dignity" and, in the same sense, the increase in the minimum interprofessional salary now under debate.

These are some of the concerns that have been expressed to him, in an act in Moncloa, by a domestic worker from Tomelloso, a student from Santa Coloma de Gramenet and another from Rivas Vaciamadrid, a retired teacher from Córdoba or a physical education teacher from Cullera . They were five of the authors of the more than 250,000 letters that have arrived at the Moncloa Palace, and that have already been answered, since Sánchez was President of the Government four years ago. Letters that, in the opinion of the president's advisors, are "a true reflection of the concerns and mood of the people." This Monday, fifty citizens have met with Sánchez, who has claimed "useful politics" against pressure from "the powerful." The electoral campaign is underway.