Sánchez beat Feijóo by a narrow margin in the Senate face-to-face, according to the CIS

The President of the Government, Pedro Sánchez, beat the leader of the PP, Alberto Núñez Feijó, by a narrow margin in the face-to-face meeting on energy saving that both held last week in the Senate, according to a flash survey released this Wednesday by the Sociological Research Center. 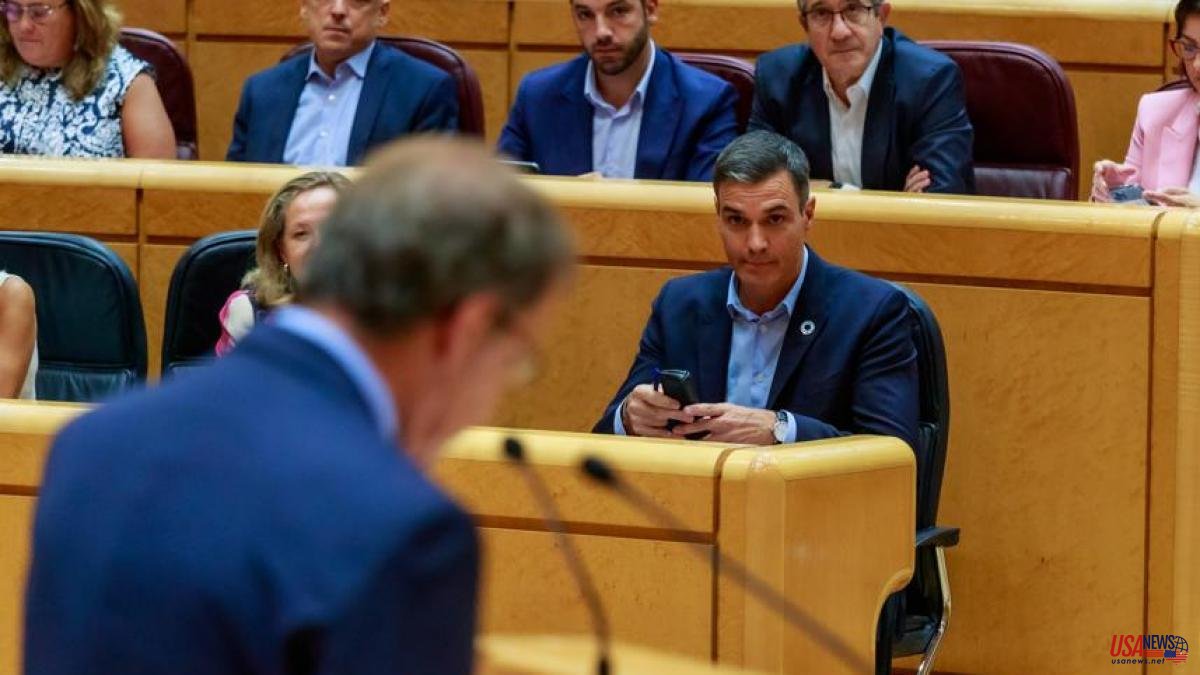 The President of the Government, Pedro Sánchez, beat the leader of the PP, Alberto Núñez Feijó, by a narrow margin in the face-to-face meeting on energy saving that both held last week in the Senate, according to a flash survey released this Wednesday by the Sociological Research Center.

Specifically, the survey reveals that the debate was only partially or fully followed by 21% of Spaniards and only 5% totally or practically totally, while the remaining 15% followed it in part. Of the total number of interviewees, 17.7% consider that the chief executive won the debate while 14.6% opt for the leader of the opposition. Practically 16% of those interviewed believe that no one won.

If only those who fully or partially followed the face-to-face are asked, Sánchez receives 29% support while Feijóo 24%. 26% do not see a winner. The poll reveals that the majority of PSO E voters (58.3%) and of the parties to its left that support the Government consider Sánchez the winner.

In the last week, the CIS has been asking a sample of citizens for their opinion on the debate that both held during Sánchez's appearance in the Upper House, where the opposition leader has a seat, and challenged him to contrast models of response to the energy crisis resulting from the war in Ukraine.

Thus, the study of the center led by the socialist militant José Félix Tezanos agrees with Sánchez, who has already advanced before the parliamentary groups of the PSOE in Congress and the Senate that "there will be more debates" with Núñez Feijóo in the Senate "given the result" of the first. With this he intended to sell and install the message that he had been the winner of the debate in the Senate and, therefore, had shown greater solvency in his proposals against the energy crisis.

In last Tuesday's debate, the chief executive had the advantage of not having a time limit to intervene, neither in the initial speech, which opened the session, nor in the successive responses to the groups, while the leader of the opposition had by regulation 15 minutes for their first response and 5 more to close their turn. In total, Sánchez used 130 minutes in three at-bats in heads-up play while Feijóo reached 27 minutes in two at-bats.

If in the first intervention, the president gave a more general speech defending energy saving measures to protect the vulnerable classes and the middle classes and to reject that in autumn there would be "apocalyptic scenes and blackouts", in the second he dedicated himself exclusively to attacking his opponent and questioning his solvency both as president of the Xunta de Galicia and as leader of the PP with a recurring tagline: "Either it is insolvency or it is bad faith".

For his part, Feijóo in his first speech demanded that Sánchez break with his partners and allies in order to have the support of the PP, while in his second and last reply he told Sánchez that his speech was not typical of a Prime Minister" and He reminded him that "to oppose, you just have to wait for the next elections."