Sánchez and Scholz unite to convince Midcat to France

The energy alliance between Spain and Germany staged yesterday by the Spanish president, Pedro Sánchez, and the German chancellor, Olaf Scholz, to pressure France in favor of the Midcat gas pipeline took effect within hours. 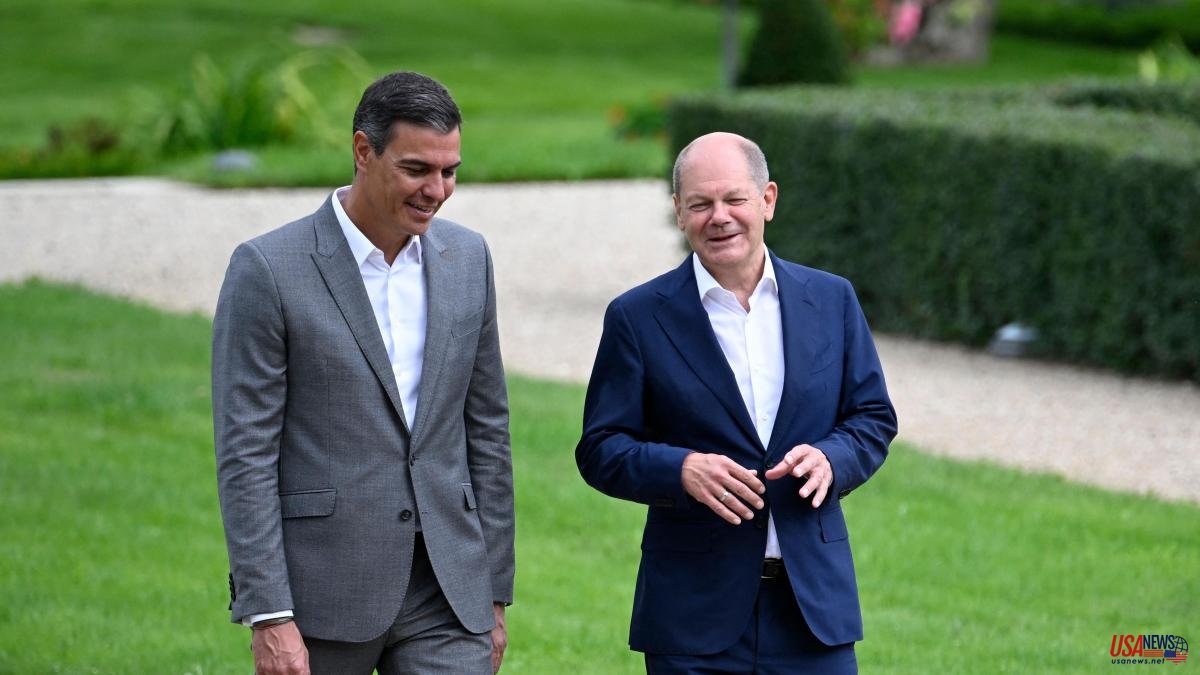 The energy alliance between Spain and Germany staged yesterday by the Spanish president, Pedro Sánchez, and the German chancellor, Olaf Scholz, to pressure France in favor of the Midcat gas pipeline took effect within hours.

At a press conference at the Meseberg Palace, the guest residence of the German Federal Government, to which the Spanish president was invited, Sánchez and Scholz exhibited a shared vision that could make the Iberian Peninsula, thanks to Midcat, a key transit route of gas –and eventually green hydrogen– towards the heart of Europe, in the midst of a strategic debate in the EU on how to avoid the energy blackmail of Vladimir Putin since Russia launched its war against Ukraine.

“Spain is willing to show solidarity and respond to the call of our dear friends and sister countries, such as Germany and other countries that are suffering from Putin's unacceptable blackmail,” said Pedro Sánchez, who recalled that “Spain concentrates 30% of Europe's regasification capacities and we cannot use them fully and completely as a result of having a bottleneck, and that is what we have to solve, either with France or with Italy”. Both leaders sent indirect warnings to France, reluctant to reactivate this half-built project, parked in 2019.

Shortly after his appearance, which took place around one in the afternoon, the French Minister of Economy and Finance, Bruno Le Maire, stated in Paris before the press that France will now study the project. “From the moment that the President of the Spanish Government and the German Chancellor ask for it, when friends ask for it, we will examine our friends' proposal,” said Le Maire. Spain and Germany are very close partners of France, so when they make a proposal, we examine it”.

The Midcat gas pipeline project, which would connect the Iberian Peninsula with France and Europe, could be revived if the Spanish-German tandem manages to overcome this reluctance on the part of France, which has used technical, financial and environmental reasons to oppose it, although the conviction emerges that it is about the French interest in protecting its own energy market, based on nuclear energy. For this reason, Sánchez recalled – as a warning to the French president, Emmanuel Macron – that there is an alternative to building an underwater pipeline to connect with Italy.

Beside him, Chancellor Scholz reiterated the German support for Midcat, already announced by himself at a press conference in Berlin on August 11. "Spain and Portugal will be countries capable of producing a surplus that will be important," Scholz reasoned in Meseberg. With this crisis we have learned that interconnection contributes to bringing more stability to our societies and economies. It is a great task to create a European network, which applies to electricity, to future hydrogen networks and now to the gas pipeline network, and we want to do everything possible to achieve it”.

In this context, the journalists asked Sánchez and Scholz about the possibility of visiting Algeria, a large gas supplier, where Frenchman Macron and Italian Prime Minister Mario Draghi have recently traveled. “I would love to be the one to go to Algeria,” Sánchez replied. Scholz did not comment.

The German received his Spanish counterpart in Meseberg, an 18th-century baroque palace, located 70 kilometers north of Berlin, in the Land of Brandenburg. His coalition government of Social Democrats, Greens and Liberals was holding a two-day security strategy meeting, which ends on Wednesday.