Sánchez and ERC against the apocalypse

In the absence of budgets from the Generalitat at Christmas, Pere Aragonès requested them for Kings, but Salvador Illa has his times and even coal in the chamber. 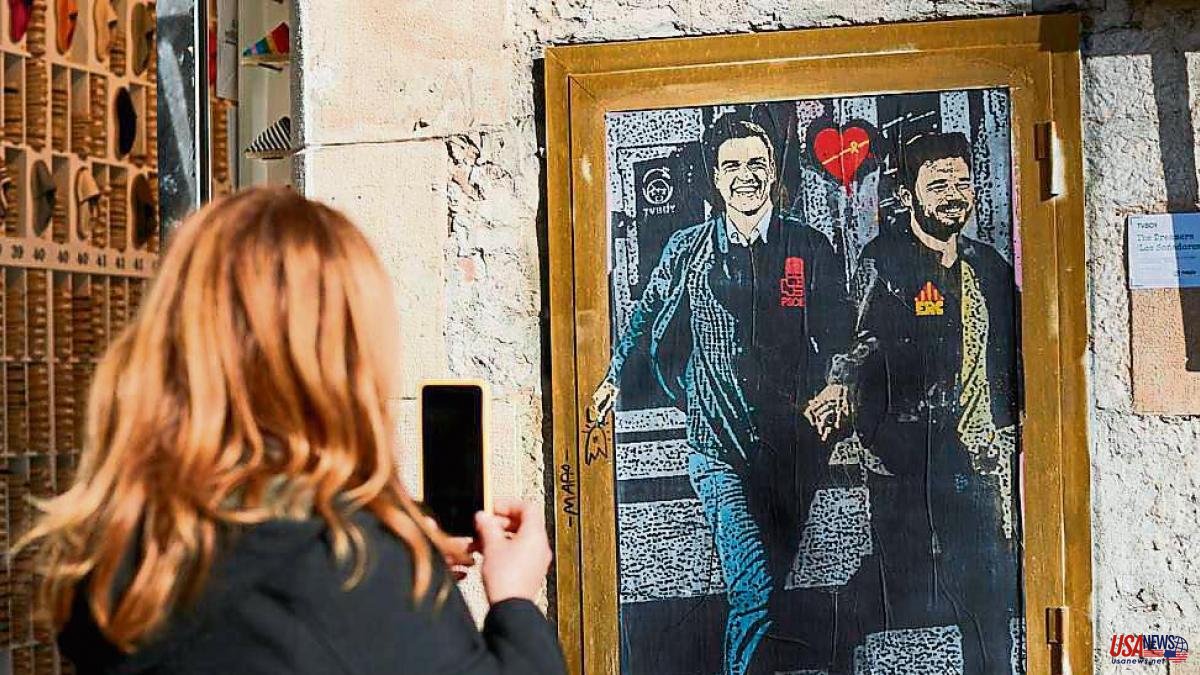 In the absence of budgets from the Generalitat at Christmas, Pere Aragonès requested them for Kings, but Salvador Illa has his times and even coal in the chamber. The president and the leader of the opposition have not spoken in recent days, so the agreement between the Socialists and Republicans may be as close in economic terms – more than 150 agreed measures, according to the latest calculation by the Government – ​​as the political connection is far . At the Government meeting, a minister summed up the situation with a simple “some don't know how to say yes (PSC) and others don't know how to say no (Junts)”. But accounts aside, the negotiation highlights the parliamentary dependence of ERC - it loses one in five votes in plenary - after the departure of Junts and serves to recover reproaches, distribute scorn and delve into old wounds.

Since ERC put their votes in Congress at the disposal of Pedro Sánchez, the Republicans boast of having a better relationship with Moncloa and the PSOE than with the PSC. In Ferraz they went from "in ERC they are not to be trusted" with which they started the legislature to squeezing the oxygen that ERC offers to their permanence in Moncloa. And it is that the inauguration of Sánchez two years ago today shielded the "coalition of progress" against the "coalition of the apocalypse" and, as then, the insults, shouts and disqualifications installed in the chamber only seem to benefit Sánchez. Faced with the catastrophism of Alberto Núñez Feijóo, the president is where he started. Brandishing a “there is hope”.

The investiture pact placed ERC as close as it ever imagined to being the pal de paller of independence. The agreement was a calculated exercise in ambiguity from which Republicans and Socialists have profited. Sánchez took a risk with the pardons and the reform of the Criminal Code, but the polls consider the wear and tear they inflicted on the PSOE to have been amortized. The key is Catalonia, no longer the Catalan conflict, but the electoral result. Without increasing the 12 seats -of 48- that they added in Catalonia in 2019, the numbers do not come out. And there is not much to scratch from: Citizens, touched bone (2 deputies); and the commons (7) suffered. So the socialist competition with ERC begins in the municipal ones, goes through Barcelona, ​​reaches the general ones and will end in the Catalan ones.

Meanwhile, ERC renounces the photo of the victory at the dialogue table in the same way that it renounced months ago to include in its negotiation the vote of the PSC to the budgets of the Generalitat. There was no pack. At that time, Oriol Junqueras vetoed the pacts with the Socialists in the Parliament and it was Junts, with Jaume Giró, who was gambling in the Government with the accounts. Even without a photo, the commitment to dialogue persists.

The negotiation with Moncloa continues to shield a last semester of the peaceful year with Sánchez as president of the EU. For republican consolation, it remains to coordinate his steps with Bildu and BNG increases the sphere of influence in the negotiations of the loaded legislative agenda. That preferential option can be jeopardized with the general elections if the right prevails and, with it, the Apocalypse predicted by Sánchez. Or if the "alliance of progress" did not need the Catalan and Basque independence movement.

Illa travels in parallel to that alliance of interests. The leader of the PSC does not guarantee a positive outcome to the budgets. He does not trust ERC and wants written commitments beyond economic items. Hence, the socialist proposal is an "all or nothing" that in ERC they consider typical of the negotiations of the last century. The seal of the PSC to the budgets no longer goes through a calculation of millions but to achieve the explicit support of Aragonès for the expansion of the airport, the Hard Rock and the fourth belt. With calendar of procedures included. ERC offers a work methodology in these projects and mobility alternatives in the Vallès after voting on the budgets.

Who gets the most out of that vote? Aragonès may not shine but ERC will shine in convergent territory and related sectors. Meanwhile, Jordi Turull will battle to clear the risk of irrelevance of Junts in the municipal elections. But now only ERC can promise new clinics, schools or police stations. Then the courts will arrive: Luxembourg with Carles Puigdemont; the Supreme, with Junqueras and Turull; the TSJC, with Laura Borràs… Another type of apocalypse…