Sánchez and Díaz close ranks before the holidays despite their discrepancies

The government partners have decided to sweeten their understanding in the hours before the start of their vacations with abundant declarations of stability and mutual trust in recent days, formalized yesterday with a meeting prior to the Council of Ministers between the Prime Minister, Pedro Sánchez, and the second vice president and minister of Labor and Social Economy, Yolanda Díaz. 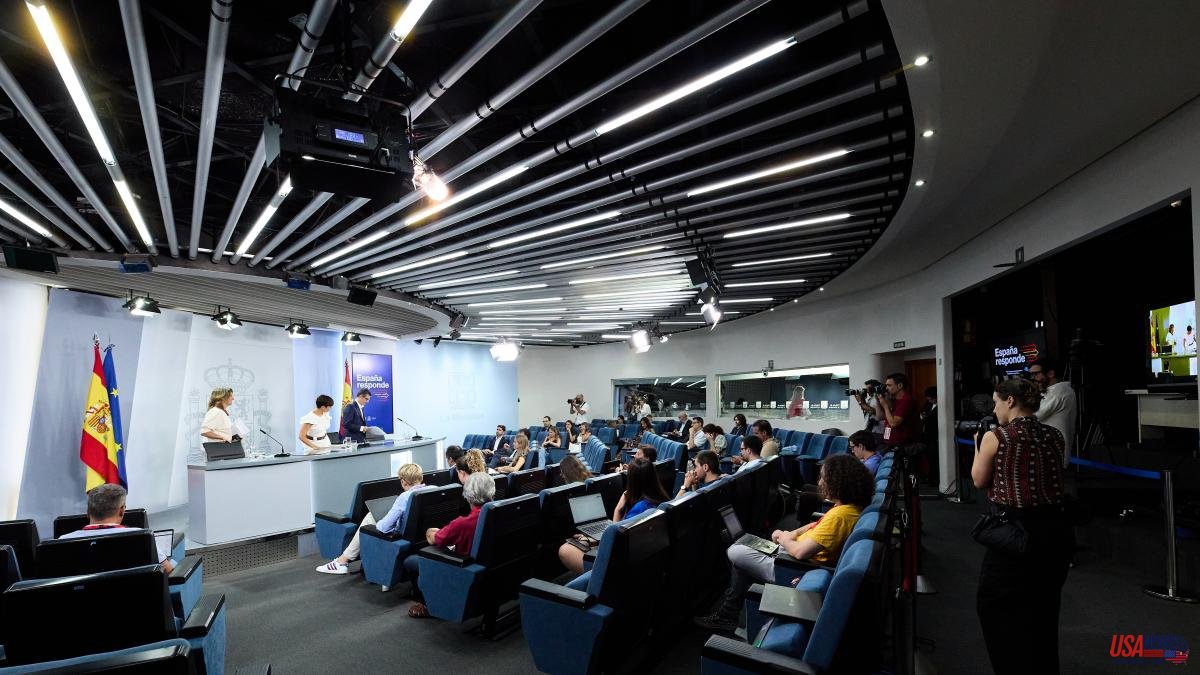 The government partners have decided to sweeten their understanding in the hours before the start of their vacations with abundant declarations of stability and mutual trust in recent days, formalized yesterday with a meeting prior to the Council of Ministers between the Prime Minister, Pedro Sánchez, and the second vice president and minister of Labor and Social Economy, Yolanda Díaz. The partners want to be ants today and not cicadas, faced with the threat of winter.

Hardly a joint note emerged from the meeting that speaks of the will to reach an agreement and the challenges to be addressed together, and while it is true that the meetings between the two are common, and even that they tend to see each other alone before the council of ministers, the yesterday's meeting is full of meaning. Not only because of the recent disagreements –especially since the PSOE included in the Council of Ministers on July 5, without notifying its partner, an extra billion credit for Defense–, but because it finishes off successive declarations of one and the other part, conspired to exhaust the legislature, and because the last 72 hours of the executive have not been easy, regarding the draft bill of Official Secrets -Classified Information Law-, from which the socialists have kept United Podemos away during their entire elaboration.

A year ago, the Socialists agreed that a member of United We Can participate in the joint working group of the Ministries of the Interior, Defense, Foreign Affairs and the Presidency that were preparing the document, but the minority partner was never summoned and never heard from again of the matter until President Sánchez announced its imminent approval in the debate on the state of the nation. The following week, United We Can had the first news of the working draft, but their objections have hardly been considered, to the point that during this weekend they had to agree on the discrepancy that United We Can expressed yesterday regarding the norm to avoid greater evils . The president and vice president also spoke about that yesterday, as well as the imminent negotiation of the 2023 budgets. In both cases, the two parties are convinced that there will be an agreement.

Despite the fact that since February, with the Russian invasion of Ukraine, the Madrid litany of the grand coalition has once again resounded –given the obvious disagreements over foreign and defense policy–, the debacle of the left in Andalusia and the rise of the PP of Núñez Feijóo in the polls – taking into account the weight loss of Vox and the disappearance of Ciudadanos – have changed the wind that blows in the Government and its environment, and the partners are trying to treat each other with care since then. The words of President Sánchez to the press during his trip to the Balkans, in which he expressed his confidence in the coalition and in Yolanda Díaz's project, Sumar, have been reciprocated by the Minister of Social Rights, Ione Belarra, leader of Podemos , who yesterday described his training as a support and guarantee of the viability of the Government, the same day that the Council approved the Animal Protection Law in the second round, promoted by his ministry.

Although the tension between Sumar and Podemos is palpable – in the last week the purples have postulated themselves as an equal to Díaz's platform, intending to negotiate the candidacy with Sumar from bilateralism, and not joining the platform that would bring together the rest of the forces of lefts–, it is unlikely that this will have repercussions on the instability of the Executive. Because neither the ministers who have already joined Sumar – Díaz herself, Joan Subirats and Alberto Garzón –, which is presented as a possible platform, nor the ministers of Podemos, Belarra and Irene Montero, who consider that the coalition is a heritage politician of Podemos, have no political or electoral incentives to destabilize the Government. No one is in a hurry to leave the Executive.

That certainty, Sánchez's commitment and the role of some ministers who work intensely on the understanding –especially the Minister of Finance, María Jesús Montero– guarantee inner peace for the moment in the Executive to get through the winter months, which its rivals they wish, with poorly concealed fervor, that they be a real economic and geopolitical calvary.