Sónar 2022 closes its 29th edition tonight with the second best public attendance in its history, 122,000 people. 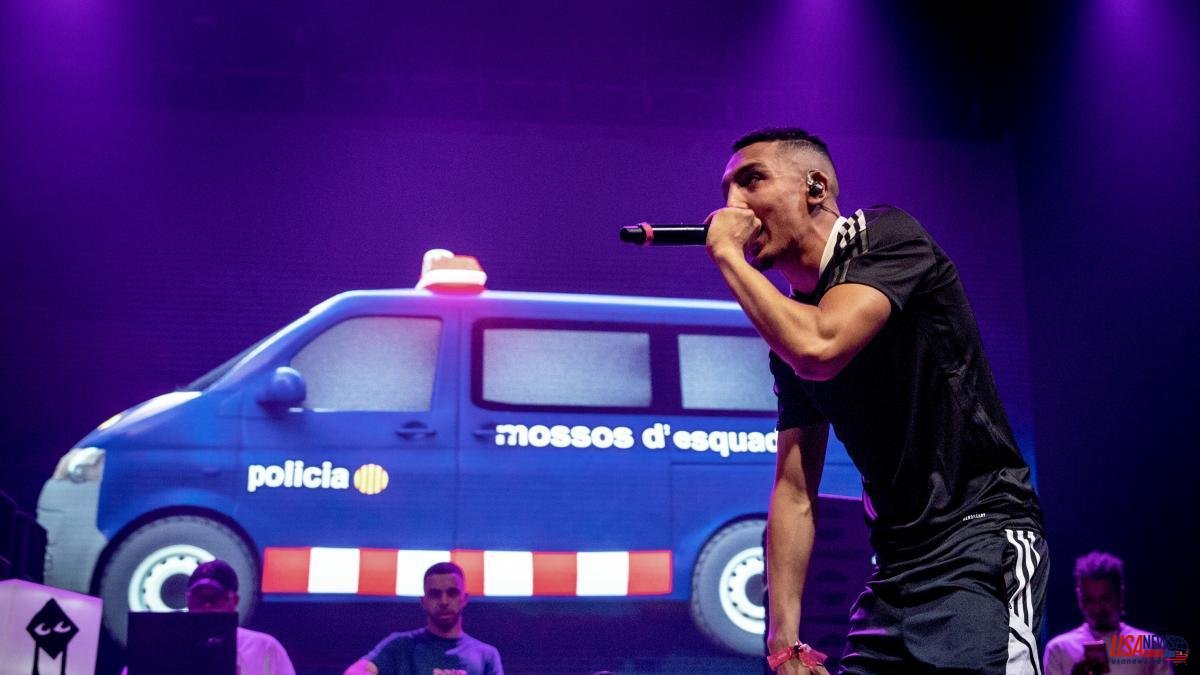 Sónar 2022 closes its 29th edition tonight with the second best public attendance in its history, 122,000 people. Of this figure, presented yesterday by the organization in its balance of the festival, the most remarkable thing is that 70 percent of the attendees are local and national, and 30 percent from the rest of the world. The record is held by the 2018 edition, with 126,000 attendees.

According to Ricard Robles, one of the co-directors of the music, creativity and technology festival, the figure of 122,000 is divided into 43,000 who attended the so-called Sónar by Day (which is held at the Fira de Montjuïc next to Plaça Espanya) and the 79,000 remaining at De Noche (at the Gran Via II fairgrounds in l'Hospitalet).

Robles also wanted to highlight that exceptional percentage of the local and national origin of this year's public, which breaks the balance that in this aspect has characterized Sónar since its inception. The last normal edition of 2019, for example, had a 55% national audience and 45% foreigners. In his opinion, this figure of 70 percent reflects "the real commitment that the festival has with the territory and the city."

Enric Palau, also co-director of the cycle, highlighted the "absolute leading role of local talent", highlighting names such as Rojuu, Tarta Relena or the duo of Maria Arnal and Marcel Bagés. And he also made an assessment of what the management team thinks about this edition about to end: "The feeling we have is that it has been a recharged and renewed event" both in formats and even in public. In this last aspect, Sergio Caballero, the third co-director of the festival, wanted to exemplify it precisely with the concert of the Barcelona rapper Rojuu, where "the public was very very young", something that responds to a trend that has been seen in other concerts of the recently concluded festival.

As for Sónar D, all those responsible expressed their satisfaction, and Ricard Robles summed it up with the phrase that "the discourse and story of Sónar D has been very well integrated into Sónar by Day, with smaller proposals and that have put in value the exchange of knowledge.

The dates for next year's edition have also been announced, and will be on June 15, 16 and 17. This Wednesday at 12 noon there will be a pre-sale of tickets and accreditations with a special price starting at €115 and €150, respectively. The public will be able to pre-register to access this pre-sale starting today, Sunday.

As is usually the tradition, Saturday night-Sunday morning is the protagonist of the hedonistic intensity of the lowering of the curtain at Sónar. For such tasks, the Sónar by Night had deployed heavy artillery so that this return to sonaristic normalcy would be complete. In this sense, some of the most cutting-edge DJs had scheduled sessions such as Charlotte de Witte, The Blessed Madonna, Eric Prydz or Helena Hauff.

But in terms of live music, the attention of Sónar by Night was focused on the artist and musician Arca, a regular creator at the festival and who on this occasion premiered in this time slot, and also with new musical material and a premiere show.

All in all, the British Chemical Brothers were undoubtedly the main headliners. It had been more than five years since their last presence at Sónar and last night they did it in a big way, and never better said, since the show-spectacle that they offered from half past ten at night was majestic in various ways. On this occasion more than ever, the music generated, manipulated and performed by Tom Rowlands and Ed Simons was intimately linked with the great live montage produced by visual artists Adam Smith and Marcus Lyall. The raw material they offered began with Block rocking beats and lasted for an hour and a half going through their wide repertoire, with only a couple of stops on their latest album No geography. A session of those that remain in memory and retina.

But before reaching the space of the Fira Gran Via II, the Montjuïc counterpart had harbored a couple of temptations during sunnier hours. On the one hand, the possibility of hearing, seeing and verifying in situ the reason for the echo that surrounds Morad, a young rapper and creator of L'Hospitalet de Llobregat who, through rap and drill, has become a reference for young people on the street. –He started with a video of his disagreements with the police– with pieces that were acclaimed such as Chandal, No y no or Pelele, his biggest hit with which he closed the session. Before leaving the stage he made it clear: "Fuck Mossos d'Esquadra".

And, three quarters of an hour later, one of the indisputable concerts at Sónar, and that was the premiere of the new production by Maria Arnal and Arnal Bagés, an artistic couple like few others in these local and national latitudes. From last year's album Clamor, Arnal and Bagés have created Hiperutopia, which they define as a cosmic journey through the universe created on said album. A premiere where a dense staging could be found, with splendid lighting architectures, wild echoes, electronic bases that invited dancing –Bagés and David Soler, alchemists behind the machines–, human voices, with the presence of thirty of the Cor de Noies de l'Orfeó Català or with a voice processor created by Holly Herdon. Increasing rhythm of dance, ad hoc images, electronic groove and an enormous Maria Arnal, unstoppable in her vocal versatility and with an impressive stage command. And everything perfectly crimped.