On June 16, Slovenia became the first bastion of the LGTBI community in Eastern Europe when the Constitutional Court legalized same-sex marriage. 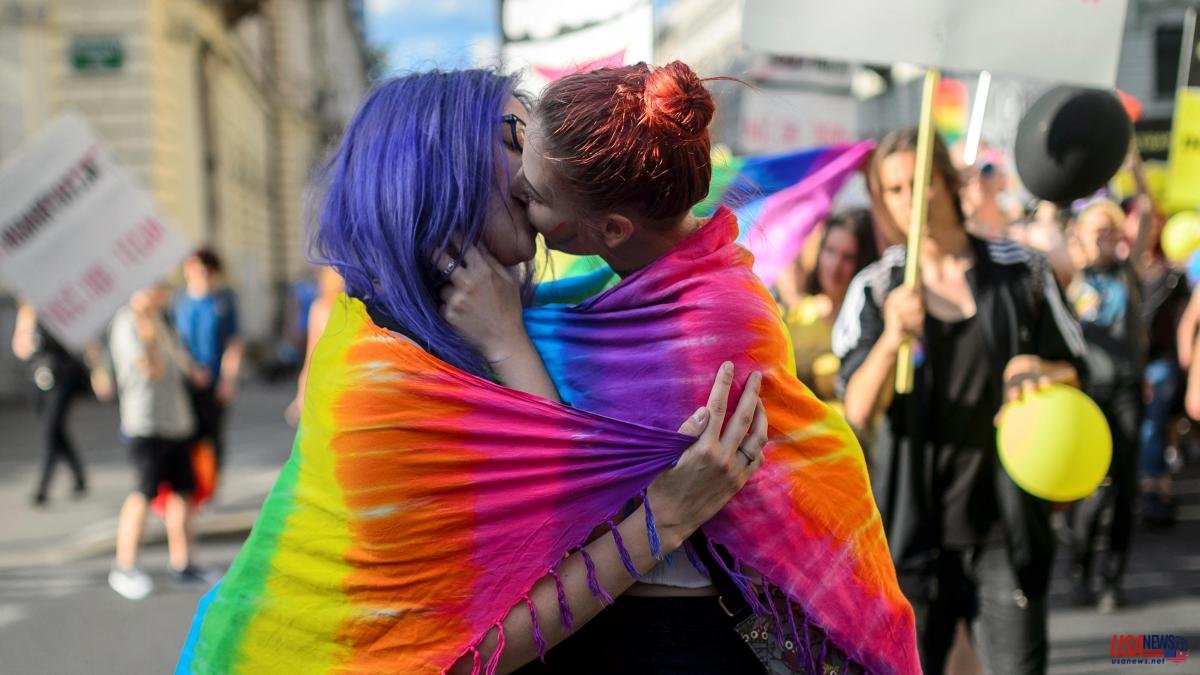 On June 16, Slovenia became the first bastion of the LGTBI community in Eastern Europe when the Constitutional Court legalized same-sex marriage. Their right to adopt was also recognized. “A historic victory for equality”, celebrated the Social Democratic Party on social networks. A victory that, furthermore, places this small country from the former communist bloc at the forefront of a region that until now has been reluctant to follow the example of its western neighbors in terms of equality of rights.

The legal provisions prior to the ruling, according to the court, contradicted the principle of non-discrimination stipulated in the Magna Carta, for which it has been concluded that the current regulations were unconstitutional. Two cases of same-sex couples have lit the fuse, as reported by the Slovenian newspaper Delo: one of them had not been able to receive her marriage certificate and the other had not even been considered in the selection process for adoption.

The decision - testifies the court in an attempt to calm the waters among those most anchored to tradition - does not diminish the importance of the institution of conventional marriage as a lifelong union of husband and wife, while the exclusion of homosexual couples from the lists of adoption only leads to a reduction of possible candidates and, consequently, less possibilities to decide in favor of the best interest of the children.

Thus, after having made the threat other times —in 2015 the request to equalize the rights of homosexuals and heterosexuals by law was rejected in a referendum—, this is the definitive one; finally, a solid link on which to build a more tolerant Europe. This is the culmination of decades gaining ground on a legal regulation that has been losing rigidity with each progress: in 2006 it was possible to register a union and certain rights derived from it were recognized, and in 2016 they could join as a de facto couple, which not marriage. Until today, when full rights have been achieved. “A monumental milestone”, in the words of the local organization for the rights of the LGTBI community Legebitira.

The Ministry of Labor, led by Luka Mesec, leader of the La Izquierda party, has declared that it welcomes the verdict and that it will proceed immediately to rectify the constitutional inconsistency. And it will do so within six months, as set by the court. As long as the unconstitutionality is not remedied, marriage is considered a vital union between two people, regardless of gender, and same-sex couples living in a civil union can jointly adopt a child under the same conditions as spouses.

In Europe, the rights of same-sex couples have so far been equal to those of heterosexual couples in 17 countries: Austria, Belgium, Denmark, Finland, France, Germany, Ireland, Iceland, Luxembourg, Malta, Norway, Spain, Netherlands, Portugal, United Kingdom, Sweden and Switzerland. With Slovenia adds what could hopefully be a harbinger of a growing trend in the east. Advances, albeit timid, can be seen in Estonia, Croatia, the Czech Republic, Hungary and Montenegro.

The LGTBI collective warns that, despite the legal significance of the Slovenian court's verdict, there is still a long way to go in terms of equal rights: "It is an important moment and a crucial step, but we are aware that this ruling will not end homophobia in Slovenia”, assumed Simona Muršec, president of the Pride Parade Association. He then referred to the responsibility of the new liberal national government, which just a few weeks ago replaced the conservatives: "As civil society and the LGTBI community, we hope that the Government respects the decision and gets to work to correct it, because the current political class was elected with the promise of defending the equality and human rights of LGTBI people”.