The Chinese Lu Xiangri just wanted a better life for his family when, in September 2020, he landed in Phnom Penh to manage a restaurant with an acquaintance from his town. 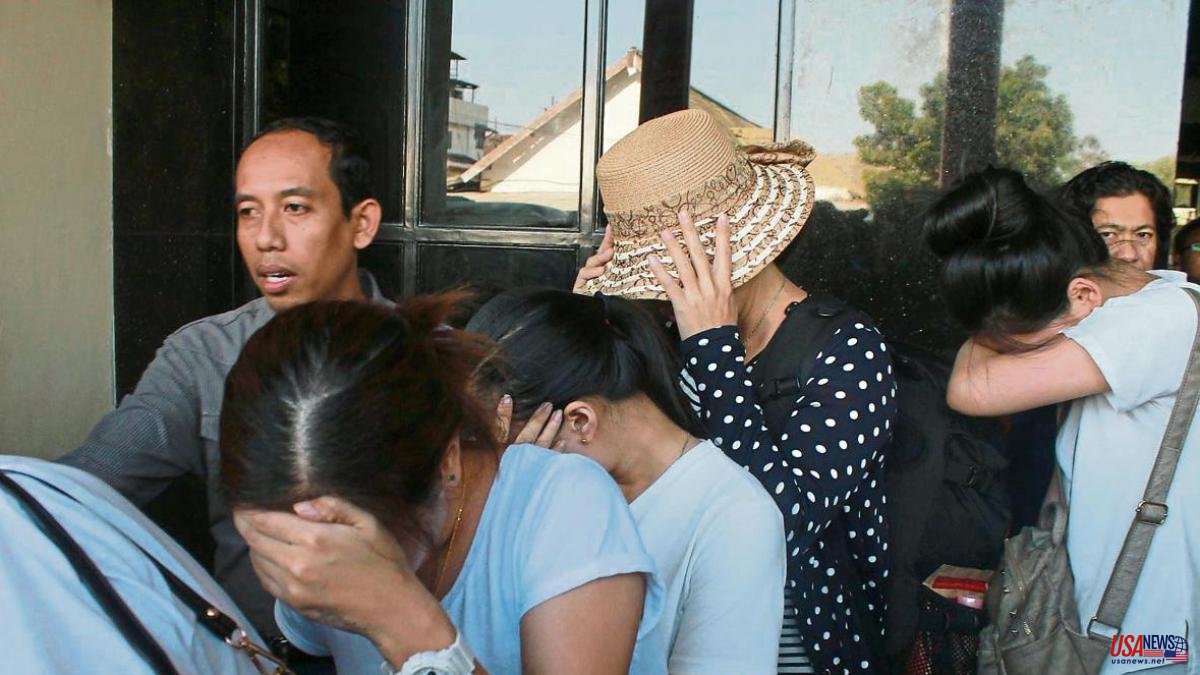 The Chinese Lu Xiangri just wanted a better life for his family when, in September 2020, he landed in Phnom Penh to manage a restaurant with an acquaintance from his town. "I had no luck," he tells this newspaper, resigned. Within a few months, the pandemic hit the Cambodian capital, and in the summer they had to close the business. With no job or savings, he accepted an offer from his partner to work at a local in Sihanoukville, a coastal city famous for its casinos. With a paycheck of $1,000 a month, he calculated that by the end of the year he could be back with his family.

His hopes were dashed as soon as he arrived. The restaurant was actually an online scam center and they asked him: either work for them recruiting potential victims or pay them $12,000, the amount for which his supposed friend had sold it. “To survive, I had to adapt,” he says. While they taught him how to defraud, he tried to contact the authorities for help. But he was found out, and his captors sold him to another group for $16,700, who in turn resold him for $18,000 to a third party. Luck until then elusive appeared when some agents released him hours before being transferred again.

Their nightmare is no different from that suffered by thousands of people in China, Taiwan, Vietnam, Thailand, Indonesia or Malaysia. Most are recruited through social networks or through an acquaintance with juicy job offers in Cambodia, Laos or Burma. Once at their destination, their passports are confiscated and they are confined in cybercrime complexes run mainly by Chinese mafia groups, where they are told that they have contracted a debt of thousands of dollars that they will only pay if they work for them or pay the payment. Those who resist or do not achieve their objectives will be tortured and, in the worst case, death.

No one knows for sure how many people have fallen for these trafficking networks, although some numbers give an idea of ​​the scale. In April, Bangkok said 800 Thais had been rescued in Cambodia and at least 1,000 others had been trapped. In August, Indonesia repatriated 241 released nationals. Taipei noted that some 5,000 Taiwanese who have traveled to that country have not returned. In September, Hanoi reported that more than 1,000 Vietnamese had been rescued from these compounds. And the list goes on.

The victims – “thousands of cases” taking the most conservative figures – suffer a “living hell” inside, concluded Vitit Muntarbhorn, UN special rapporteur on human rights after a visit to the country in August.

Industrial-scale online scam operations have proliferated during the pandemic in large Cambodian resorts in Sihanoukville and Poipet, or in the Bokeo special economic zone in northwestern Laos. They are places with lax regulations and pliable authorities, where wealthy Chinese investors poured their millions years ago to build casinos and hotels to attract tourists from China, where gambling is illegal. The construction and gambling boom went hand in hand with a rise in organized crime. Business was going well for them until in 2019, under pressure from Beijing, the Cambodian authorities banned online gambling, one of their most lucrative activities. Months later, the covid emptied the gaming tables of Chinese tourists. His reaction? Switch to cybercrime.

Since then, trafficked people have been confined to those same casinos and hotels, some very central, where the plants are even divided by type of scam and nationality. Many are distinguished by having bars on windows and balconies. and barbed wire on the walls. Security cameras, barricades and armed guards control access.

The accounts of people on the run and rescued speak of shifts of up to 14 or 16 hours a day, seven days a week, in which they must look for potential victims to deceive with financial, love or cryptocurrency fraud. To achieve this, the workers, among whom there are also people who participate voluntarily, have simultaneous translation applications and intricate scripts that, based on a simple "hello" on social networks, help them establish a relationship of trust in which photos, advice, joys or sorrows are exchanged until their ultimate goal is achieved: for the victim to download one of their fraudulent applications and invest their money.

"They are victims harming other victims, cyberslaves who spend the day locked in an office, with a handful of cell phones in front of them and must reach certain quotas on how many people they come into contact with or get their applications downloaded," Elisa Warner tells by phone. , Communications Officer for the Global Anti-Scam Organization (GASO). “If they don't meet the targets, they can get hit. If they try to escape, the punishment is much more severe, ”she adds.

There are no exact figures on the money stolen by these mafias. According to GASO, there are cases ranging from a few thousand dollars to others that have lost millions. “On a calm day, the company could make about $140,000, but the target was usually double that,” revealed Ah Dee, the assumed name of a Hong Kong man who was smuggled into Myanmar.