Sister Lucia Caram: "We will maintain the humanitarian corridor in Ukraine until the end of the war"

Sister Lucía Caram, director of the Fundació del Convent de Santa Clara, gave an account on Tuesday of the humanitarian aid brought to Ukraine since the beginning of the war. 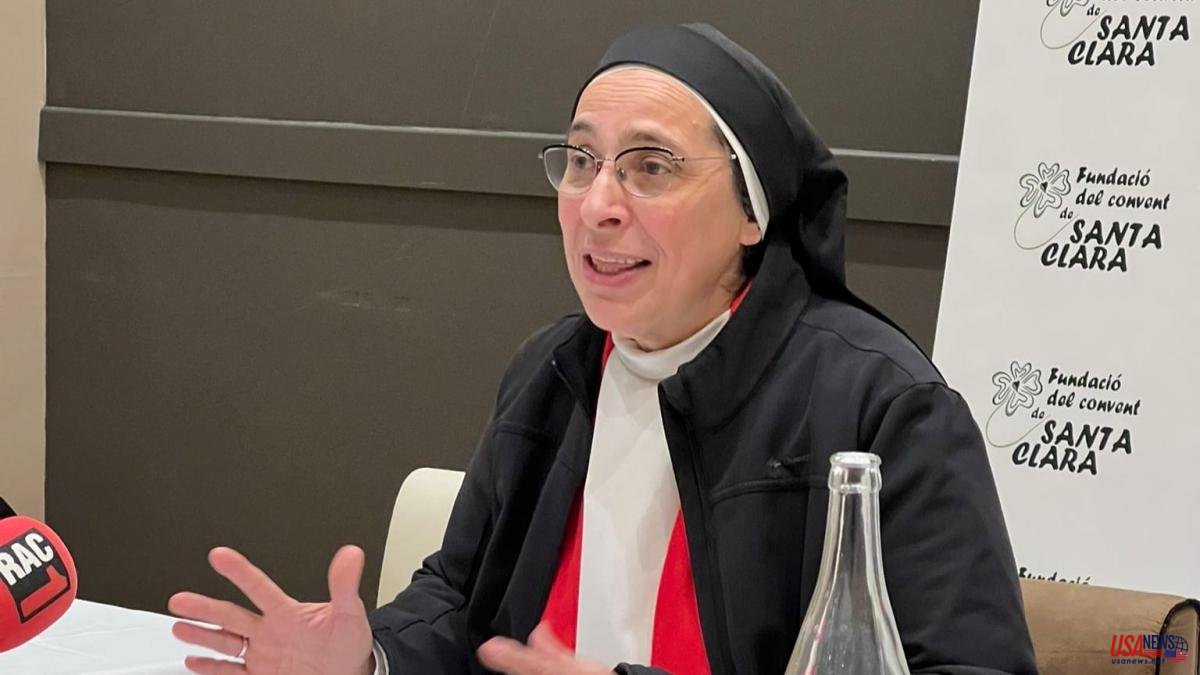 Sister Lucía Caram, director of the Fundació del Convent de Santa Clara, gave an account on Tuesday of the humanitarian aid brought to Ukraine since the beginning of the war. In recent months, the Foundation, in collaboration with the CaixaBank Volunteer Association and the Messengers of Peace Association, has made 13 trips to the border with Ukraine, taking 75 ambulances, vans and a refrigerated car to move corpses.

"We opened a humanitarian corridor that today is unstoppable and with which we will continue until the end of the war, as long as we do not lack resources," says Sister Lucía Caram. The director of the Fundació points to "media fatigue" and the worsening of poverty in Spain as causes of the depletion of the resources available to continue bringing aid to Ukraine. However, she calls for people to continue collaborating with them.

The first trip to the border was made with the Fundació's van and they managed to bring six people. Later, together with Open Arms, they transferred 500 more people, 90 of whom were taken in by the Foundation.

The first wounded that they brought back from the war stayed at the Guitart Hotel in Barcelona, ​​from where the press conference was held. Over time they have managed to rent 55 reception flats, which are intended for both Ukrainian refugees and people at risk of social exclusion. According to Caram, the criteria that apply for a family to be able to access these homes are having minors or the elderly and having possibilities of achieving labor and economic autonomy.

At the beginning of the war, the Fundació launched a challenge to obtain 30 ambulances thanks to citizen collaboration. “Each ambulance costs 15,000 euros. It seemed like a joke. I spent two sleepless nights thinking it would be impossible, but a week after launching the project we were already 22”. When they saw the success of the campaign, Sister Lucía Caram and Father Ángel decided to double the challenge to get 60.

“We have blown up the ambulance market”, declares Caram, who intends to reach a hundred vehicles, because “the war continues, there are many victims and a large civilian population that needs us”. Thanks to the help received, they have also managed to send 100 resuscitation kits, two trailers of medicines and more than 200 mobile phones and computer equipment to health and military centers located on the front line of war.

With the arrival of winter and the Russian attack on the country's energy infrastructure, humanitarian aid will focus on mitigating the impact of the cold on the population. On January 2, 2023, they will send a trailer with 6,000 Nordics and operating room equipment donated by the Hospital Clínic de Barcelona.

“We have a commitment, because we have partnered with the administration, CatSalut, the National Institute of Health Care, the Ministry of Defense and the Red Cross to open express humanitarian corridors. We are also in contact with the Lviv Military Hospital, which is where the war wounded go, and we have promised to bring four to six wounded to Spain”, Caram declares.

The director of the Foundation assures that having visited the country on several occasions is what gives them the strength to continue their work, because "cemeteries in Ukraine are growing by leaps and bounds and show that the victims are young people between 18 and 23 years old" , and adds that “the country is being martyred, there are too many victims and we cannot bear that this war goes on for so long. There are people who put sticks in the wheels, but we are left with the people who add up and who are capable of helping us”.