The champion of the Champions League and the finalist of the highest continental competition, the winner of the Premier, the dominator of the Bundesliga and even the giant of Ligue 1. 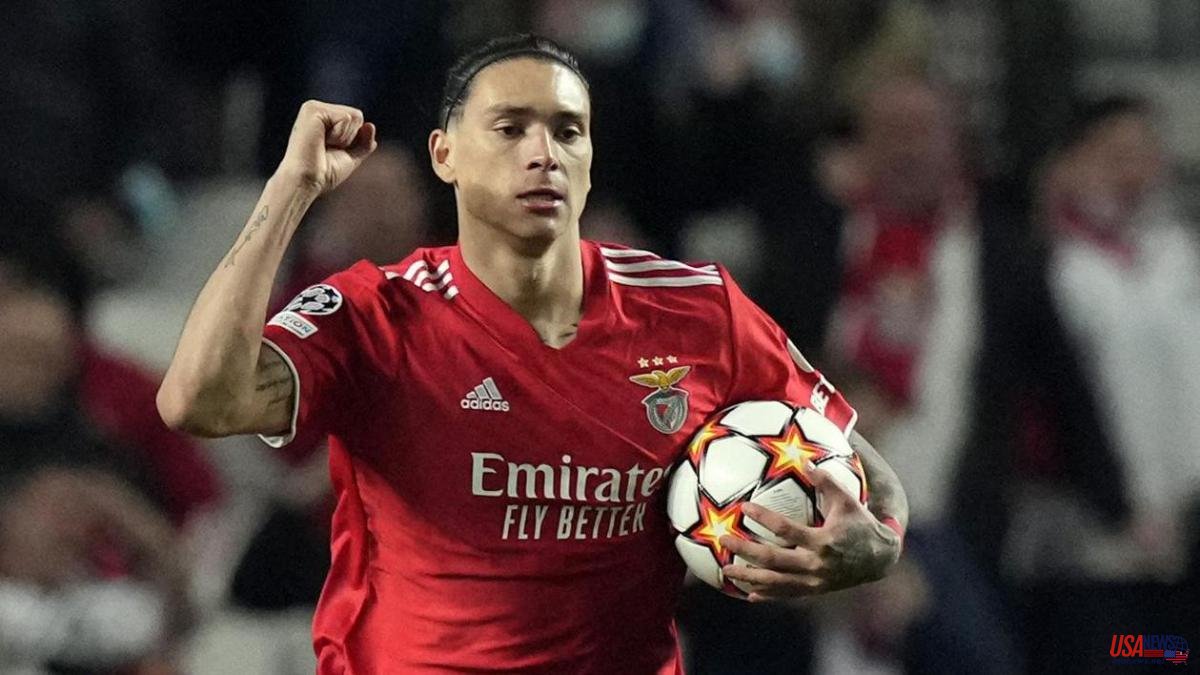 The champion of the Champions League and the finalist of the highest continental competition, the winner of the Premier, the dominator of the Bundesliga and even the giant of Ligue 1. The greats of Europe have wanted to take the initiative in the transfer market. They have not waited for events nor have they decided to watch from the sidelines. All of them go for more, they want to climb a step and they are one step ahead in sports planning. On the other hand, Barcelona, ​​who lowered the blind without any title or cup to savor, has not been able to excite their fans with any reinforcement. Even.

In the absence of money, ingenuity. At this point, Barcelona 21-22 had already presented Agüero (May 31) and Eric Garcia (June 1) and had announced Memphis (June 19) and Emerson (June 2). It was a summer of European Championship and Copa América and that speeds up operations because soccer players prefer to go to tournaments with their future closed. A year later, there is no news from Barça. However, there are no nerves in the sports leadership, aware that they still have more than two months on the market.

It won't be for open folders. The football management headed by Mateu Alemany works on many fronts, from Lewandowski to Koundé through the renewal of Gavi.

Haaland, Darwin Núñez, Mané, Rüdiger, Adeyemi, Diego Carlos, Bissouma, Tchouaméni, Gravenberch... all of them have packed their bags. Others like Dybala, Di María, Pogba or Ousmane Dembélé are a few days away from finishing their contracts and choosing their new destinations. The Blaugrana have not been able to hunt, although the officialization of the Danish central Christensen (Chelsea) and the Ivorian midfielder Kessié (Milan), who arrive free, must be a matter of time.

Once, in the times of Bartomeu, Barcelona was one of the great spenders. Instead, last season, already with Laporta, the club spent 9 million in the summer and went to 55 million in January. Of the ten incorporations that he made, five were at zero cost and there were three assignments.

At this time, the only two new faces that Xavi Hernández would meet on July 4 would be Iñaki Peña, Álex Collado and Trincão, three footballers who were on loan last year and whom the Barcelona coach wants to see work closely in the preseason.

LaLiga spending has stood at 142 million, a third of what the Premier has invested (476). In part that is due to Barça's immobility. Nothing to do with Madrid, which despite the League-Champions double, has shored up the defense with Rüdiger and has paid 80 million fixed to Monaco for Tchouaméni, a future French midfielder with whom they have tried to mitigate the disappointment of Mbappé's pumpkins .

For PSG, the renewal of the world champion striker is a victory and tastes like a signing. In full technical reconstruction with the arrival of Campos to the sports management and the safe replacement of Pochettino, they have disbursed 38 million to keep Nuno Mendes, a late player who played on loan, as property.

In England, purchasing power is something else. The City has taken Haaland (60 million without counting the commissions), already had the Argentine Julián Álvarez tied up and is looking at Kalvin Philips (Leeds) and Cucurella (Brighton). The seventh Guardiola project begins in style.

His great rival is a Liverpool where Klopp is already looking to the future with Darwin Núñez (23 years old) –whose transfer could reach 100 million–, Fabio Carvalho (19) and Ramsay (18), who are added to Luis Díaz (25) , signed in January. At Tottenham, Conte wants to impose his stamp with Bissouma and Perisic. While Arsenal already has Fabio Vieira (Porto), it recovers the powerful Saliba (Marseille) and dreams of Gabriel Jesus (City).

Like Barça, United seem asleep but they are confident that Frenkie de Jong will be the first signing of the Ten Hag era. Nor has Chelsea made a move after the landing of the American Todd Boehly on the property.

In Italy, Milan, the brand new champion, awaits Origi while Inter looks for the return of Lukaku and Juventus clings to Pogba's second stage and to making Vlahovic profitable. In Germany, Bayern, who have already signed Mané, Gravenberch and Mazraroui, have come up with a tough competitor with Borussia. To alleviate the loss of Haaland, in Dortmund they have thrown the house out the window with Adeyemi (Salzburg) and soon with Haller (Ajax), in addition to Süle and Schlotterbeck.

Barça, one of the few greats that is idling, is going to have to run against the clock when the game is already started.