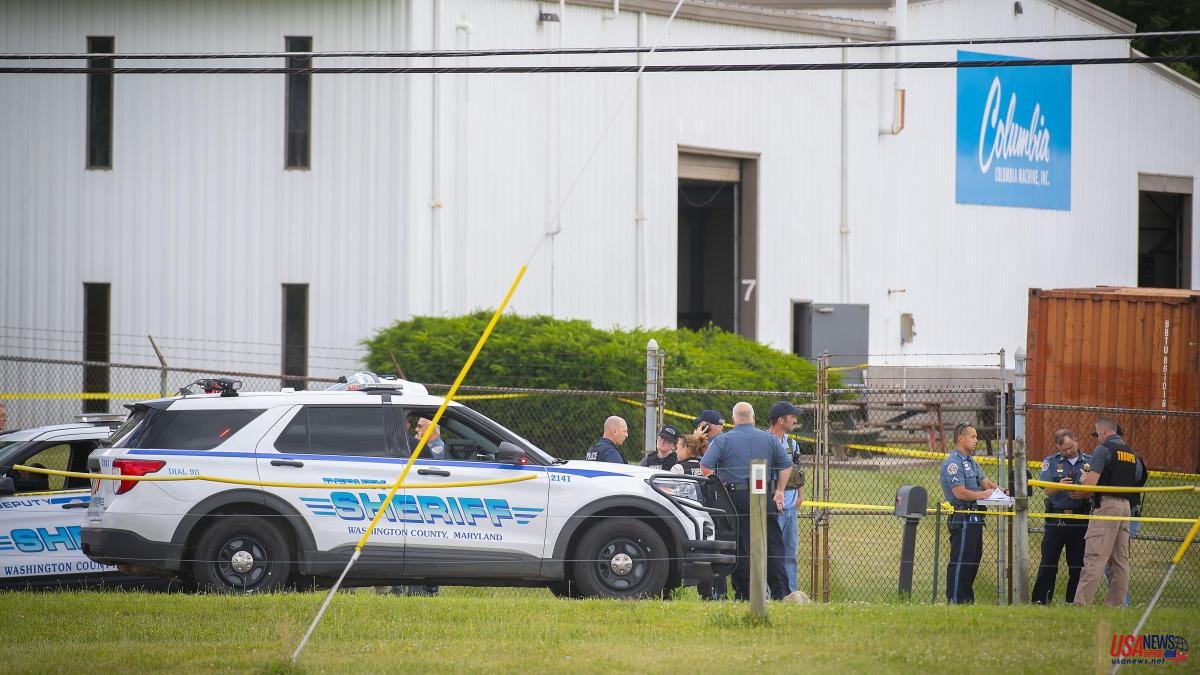 The endless story. It doesn't matter that the pain of a girl who survived the Uvalde (Texas) school massacre causes an emotional catharsis in the United States, or at least in much of the country, after appearing by video in Congress and explaining what she suffered . It doesn't matter because the next day, another shooting. Three people were killed at a manufacturing company in Smithsburg, Maryland.

According to the first information, the alleged gunman was wounded, in custody, after an exchange of fire with the pursuing agents, one of whom was also injured. This was reported by the sheriff's office. The three lifeless bodies were found at Columbia Machine Inc. Another person was seriously injured.

After his action, the alleged gunman fled in a vehicle, before the agents arrived, although that car was tracked by state uniformed officers, said the aforementioned office. Both the attacker and one of the officers were being treated for his injuries.

"The state police have pursued the suspect who has shot at the officers, who have returned fire," Governor Larry Hogan said during a press conference called to discuss covid.

The sheriff's office was unable to determine, at the time, if the suspect and victims were employees of the company and if the cause of the shooting was due to a labor or personal dispute. The police spokeswoman, Sergeant Carly Hose, explained that the alleged perpetrator is a man, but she said she did not know more details.

This armed incident becomes the number 254 recorded throughout this year in the United States, when the country is on track to exceed the total for 2021 in these months. The recent tragedies due to the massacres of the last May in a supermarket in Buffalo (New York), starring an 18-year-old white supremacist who left ten dead, and that of the Uvalde school, with another 18-year-old gunman and a balance of 19 murdered children and two teachers. The two attackers carried the same type of semi-automatic rifle, an AR-15 from the Daniel Defense company.

The Maryland company is dedicated to the manufacture of equipment for concrete products, says its website. Smithsburg, a town of about 3,000 residents, is located about 120 kilometers from Baltimore, not far from the Pennsylvania border.