The heavy rains of recent days, with the highest levels in decades in some places, are causing severe flooding and material damage in southeastern China, where the water has already affected half a million people, forced the closure of factories and schools and flattened properties with no sign of slowing down anytime soon. 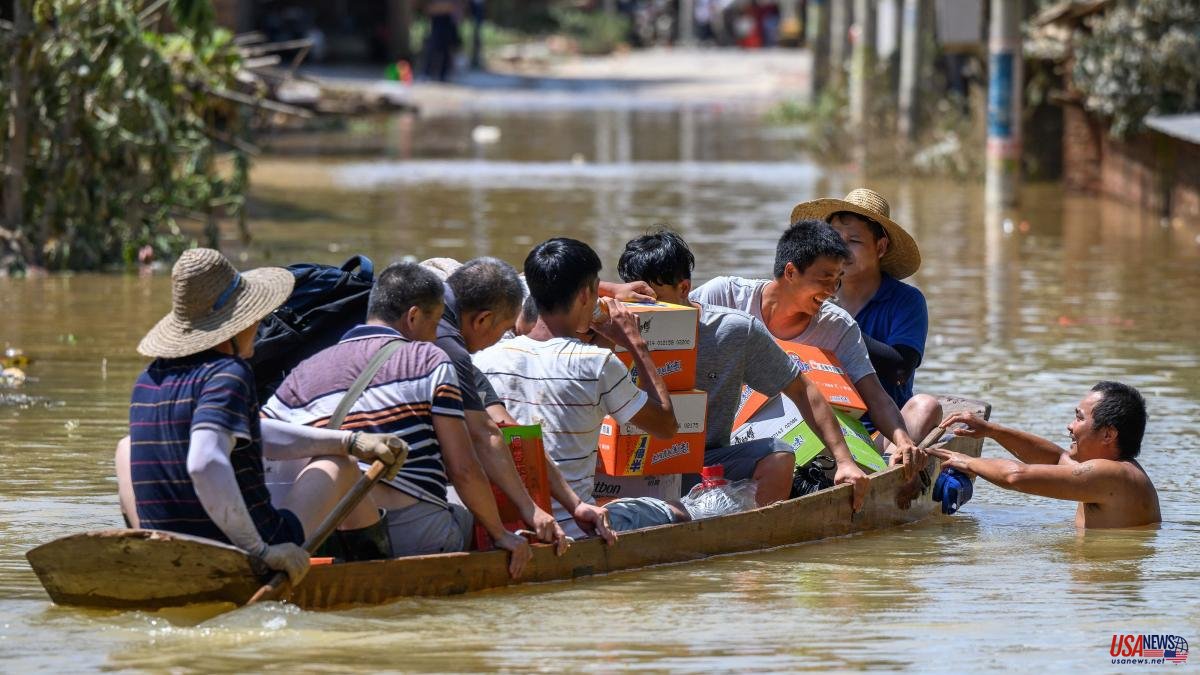 The heavy rains of recent days, with the highest levels in decades in some places, are causing severe flooding and material damage in southeastern China, where the water has already affected half a million people, forced the closure of factories and schools and flattened properties with no sign of slowing down anytime soon.

State media such as the Diario del Pueblo assure that there are already more than 100 rivers whose flow is "beyond the alarm level." Among the most affected provinces are Fujian, Guanxi and Guangdong, where the level of the famous Pearl River has reached its highest point in almost a century.

After days of heavy rain, Guangdong authorities raised their alert level to the highest level on Tuesday. As a consequence, schools, factories and shops have been closed and public transport suspended in the most affected areas. Hundreds of thousands of people have had to be evacuated, especially from areas close to river courses, and material damage to homes, crops and other facilities now exceeds 250 million euros.

This is the case of the city of Shaoguan, in the north of the province, where the images captured on Wednesday show its neighbors trying to make their way through flooded streets, with water reaching the roof of the cars, or cleaning mud from shops and buildings.

The Pearl River Delta area is home to two of China's main economic pillars: the provincial capital, Guangzhou, and the city of Shenzhen, the country's technological epicenter, as well as other smaller but densely populated towns packed with factories. . For this reason, it is feared that the rains will affect national and international production and supply chains, which are already under severe tension due to the war in Ukraine or Chinese restrictions to curb the pandemic.

From Beijing, Chinese Premier Li Keqiang called on local authorities to intensify their efforts to control the floods and rescue the population, and reiterated the importance of ensuring stable agricultural production.

China is no stranger to torrential rains and floods, cyclical phenomena that hit the south and center of the country every year during the summer months, but which are getting worse with the passing of the years and global warming. Last year, some 400 people died in the central province of Henan because of a deluge described by state media as "the worst of the millennium".

Thanks to its development in recent decades, Beijing has managed to lift millions of people out of poverty, especially in rural areas, and become an economic superpower. But along the way, it has also become the world's biggest polluter, with its greenhouse gas emissions exceeding those of all the world's developed nations combined.

Aware of its fragility, the country has made the fight against climate change one of its priorities and has invested enormous sums of money in reforestation programs, flood control mechanisms or to put an end to the pernicious clouds of smoke that each year engulfed the capital and other cities.