From today until July 31, the best stars of the continent meet in England. 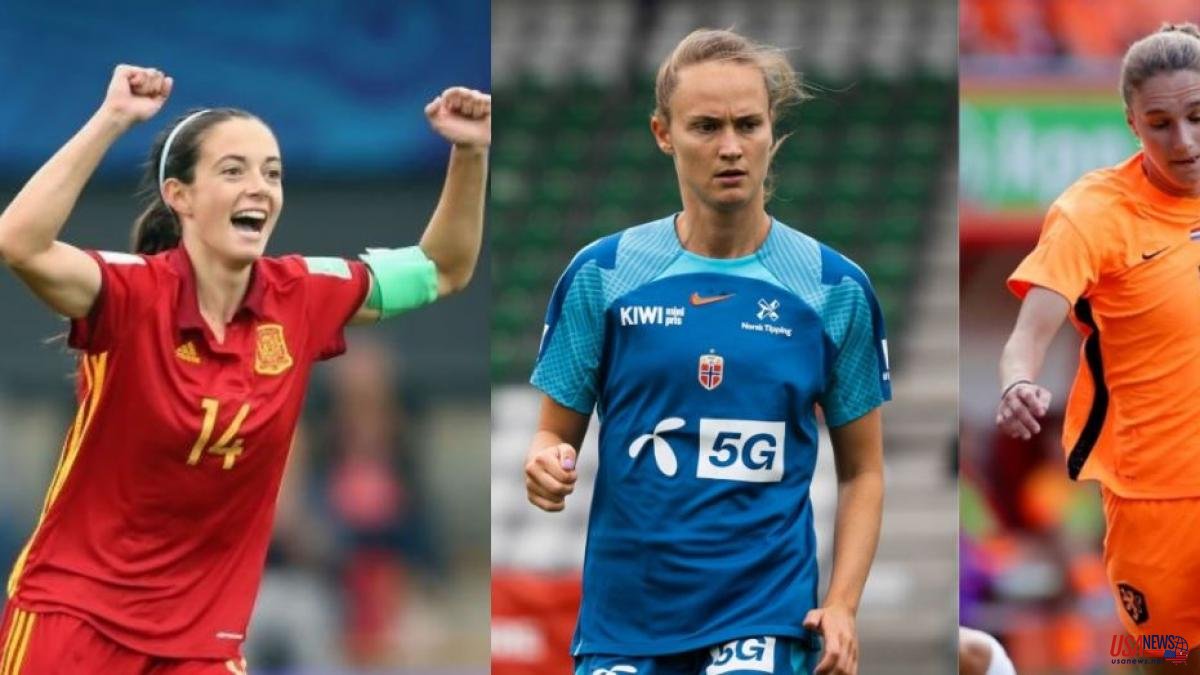 From today until July 31, the best stars of the continent meet in England. Without the participation of the current Golden Ball Alexia Putellas, there are many players who hope to shine in the tournament and bring their countries closer to the title.

The Barcelona midfielder may have to assume greater responsibilities with the possible absence of Alexia. A player with a great vision of the game and a faithful follower of the Cruyffista style – she is an ambassador for her foundation – she is also gaining prominence off the pitch. She has just published her biography and a week ago she became the first soccer player to visit the television program La Resistencia. In addition, she never neglects her most supportive facet and is an ambassador for several charitable foundations.

The Chelsea striker is Denmark's all-time top scorer (female and male) and a sure thing when it comes to winning titles; she has won the League at every club she has competed for since 2016 (Linköping, Wolfsburg and Chelsea). The 2019 World Cup made her an LGTBI icon after kissing her partner, also a Chelsea player Magda Eriksson, when she had qualified with Sweden for the quarterfinals.

As well as strikers like Hemp and White, England also have stars in defence. Barça's new signing has an imposing physique that allows him to run down the right flank over and over again. Finalist for the Ballon d'Or (2018), named The Best FIFA (2020) or winner of three Champions with Lyon, there are many individual and collective awards that she now wants to extend to her team. After reaching the finals of the last three major tournaments, the European Championship in England could be the final one.

He was not even selected for the World Cup in France, but his 46 goals in 44 games this year with PSG have been a solid argument for, at 23 years old, to be France's great offensive reference. Her dribbling and effectiveness have also served to earn her a succulent renewal with PSG, making her the highest paid in the squad, ahead of former Barça player Lieke Martens.

He was about to end up at Barcelona before renewing with Arsenal. She is one of the few who knows what it means to win a European Championship and her presence on the pitch is insurance in front of goal. Hers is the record for the most goals in a season and she is the top scorer in the history of the young English League.

The Barcelona winger has emerged as the star of the Norwegian team in the absence of Ada Hegerberg, who returns five years later to a list. She certainly doesn't have her leadership on the field, but her soccer speaks for her. She is the queen of assists and there is no one better than her on the right wing. Together with Hegerberg, she makes Norway a favorite for the European Championship.

The Lyon soccer player has the complicated challenge of relieving Maroszán (injured) and Leupolz (pregnant) in the midfield of Germany. She is one of the most talented players in Germany and these last few years at PSG have helped her mature.