Seven Real Madrid footballers, almost a third of the squad, now 23, end their contracts on June 30 and in a few days, starting on January 1, they could already negotiate their future outside the white club. 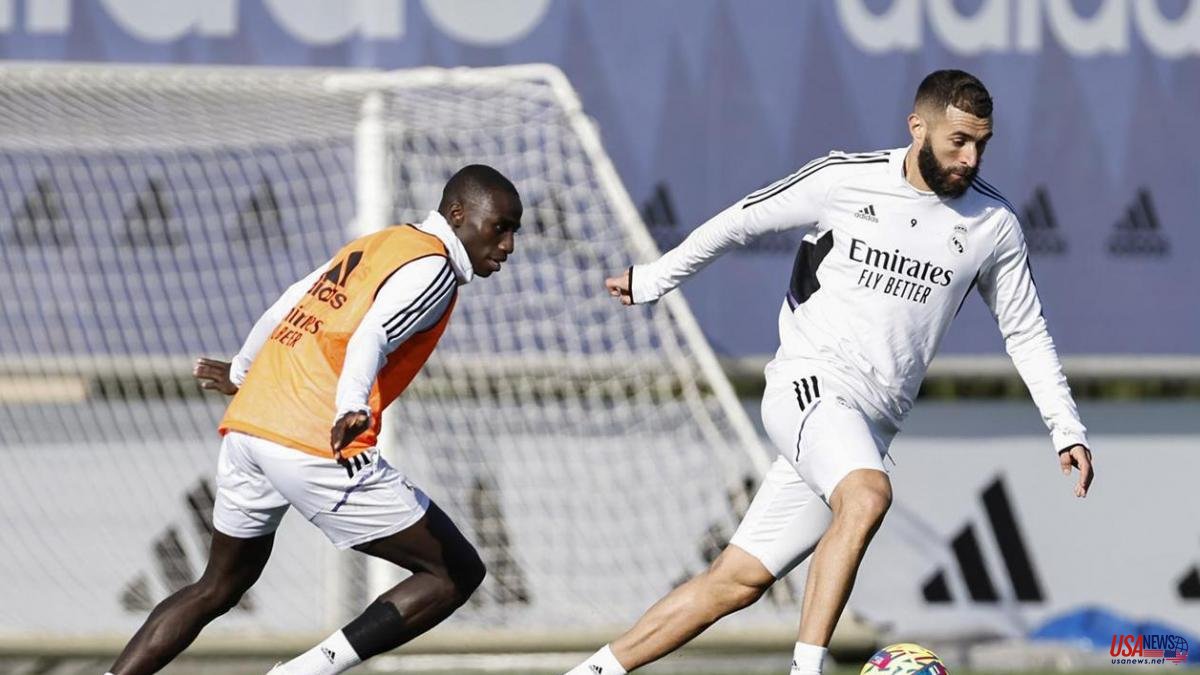 Seven Real Madrid footballers, almost a third of the squad, now 23, end their contracts on June 30 and in a few days, starting on January 1, they could already negotiate their future outside the white club. These are the cases of Karim Benzema, Luka Modric, Toni Kroos, Nacho Fernández, Dani Ceballos, Marco Asensio and Mariano Díaz.

The situation right now seems fully clarified only in two of the cases, the two nines in the squad: Benzema and Mariano. The Frenchman, who turned 35 on December 19, has already agreed to renew him, which will probably be done for two years. The club is waiting for the right moment to announce it since Bezema is not going through a good moment after a start to the season plagued by injuries and which has just ended with him missing the recent World Cup in Qatar.

There are also no doubts about the departure of Mariano, 29, a footballer who has recovered from Lyon after Cristiano left in June 2018 and who has hardly had opportunities in these five seasons. In fact, the departure of Mariano from Madrid every summer has been a classic of all these past Augusts but the Catalan striker has always resisted leaving the club, accommodated to a luxury substitution and a very high record, of a total of 3 .5 million euros.

Two cases appear particularly thorny, those of Toni Kroos and Luka Modric. In the case of the German midfielder, who turns 33 on January 4, Madrid wants to renew him at all costs, but Kroos has refused to agree to the extension and has called on the club to speak in February. According to Madrid sources, the German, who wants to be very honest, will only sign if he sees himself with the strength to continue. He has always maintained to his intimates that he did not see himself with the strength to carry out a very long sports career. In Madrid they believe that it is most likely that he at least renews one year.

A different case is that of Luka Modric, who turned 37 on September 9 and who already renewed one season, last year, under the illusion of playing in the World Cup in Qatar. Madrid right now would not see it as a bad idea to renew him for another year as long as the Croatian is at the level that he is showing these months. However, Modric's age means that until the end of the season the two parties do not make a decision. If Modric does not follow around, it is understood that Madrid is crazy to sign Jude Bellingham.

Another case about which there are many doubts is that of Nacho Fernández, who turns 33 on January 18 and who has always been considered a perfect club man. Nacho's idea, maintained many times in his public appearances, was to hang up his boots in Madrid.

However, the signings of Alaba last season and Rüdiger this season have considerably diminished the presence of the youth player in the team, who has also lost the possibility of playing as a right back due to the presence of Lucas Vázquez as Dani's first substitute Carvajal.

Nacho is a footballer who receives numerous offers every summer and today it cannot be ruled out that even if the club wants to renew his Alcalá contract, he decides to end his career outside the Bernabeu.

In the case of Marco Asensio and Dani Ceballos, the feeling is that although the final decision depends a bit on how they finish the season, both are more likely to leave the club in June. In the case of the Spaniard, who turns 27 on January 21, if he did not leave the club last summer it is because no convincing offers arrived despite having a market in Italy and in the Premier. The Spaniard has played more than 250 official matches as a player for the Whites, where he has left 52 goals and 27 assists, but he has never been a regular starter for either Zidane or Ancelotti. He always demands more prominence but as he plays two or three games in a row his performance declines and his role as a revulsion is accentuated.

Nor does Dani Ceballos seem to be going to extend his contract any further. The case of the Sevillian is a paradox. Ancelotti takes advantage of the press conferences to regret that Ceballos will not play anymore. There is not a day that I do not have good words for him, but for one thing or another he never just gave him minutes.

There are other players on the squad who could also leave in the summer of 2023 even if they don't finish their contract. The three clearest cases would be those of Eden Hazard, Álvaro Odriozola and Jesús Vallejo.

The Belgian, from whom nobody expects anything anymore, ends his contract in 2024 but Madrid would be willing to release him as soon as the slightest offer for him arrives, which does not seem easy at all. The Basque winger also finished that year, but he is the only player in the current squad who has not played for a single minute. Vallejo has a relationship until June 2025, but his situation is very similar.