Seven dead and three missing due to heavy rains in Italy

Seven people have died and three others are missing in Italy due to a heavy rainstorm that shook the center of the country this morning, firefighters reported, who have received hundreds of calls in recent hours due to the devastating effects of the water. 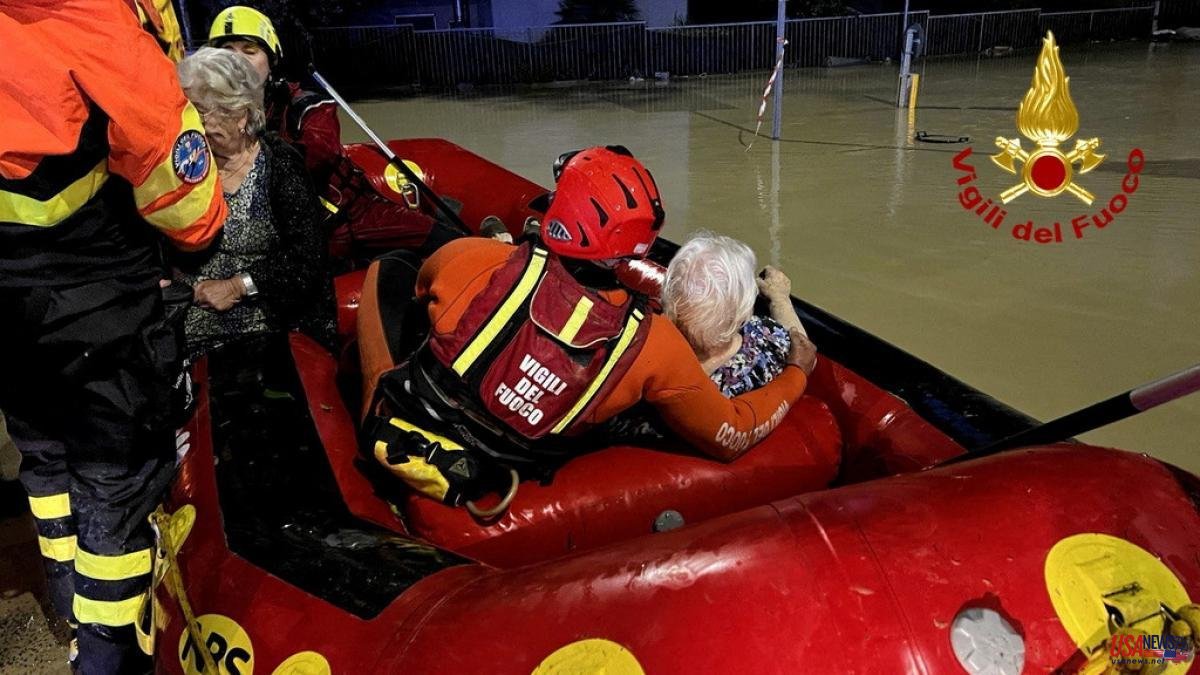 Seven people have died and three others are missing in Italy due to a heavy rainstorm that shook the center of the country this morning, firefighters reported, who have received hundreds of calls in recent hours due to the devastating effects of the water. .

All the fatalities were recorded in the Marche region (center), where 400 millimeters of water were recorded in just over two hours, "which means a third of the rains that fell throughout the year," said the person in charge of the Italian Civil Protection, Fabrizio Curcio, who is traveling to the affected area.

The force of the storm has caused numerous landslides, forming large torrents of water and mud that have devastated several towns in the province of Ancona, the most affected, while firefighters work to locate the victims of the storm, which has also made itself known in the nearby regions of Tuscany and Umbria.

In the Senigallia area, in Ancona, the bodies of four deceased were recovered in a garage, as well as those of two other men, while the last victim was found inside his vehicle, which was swept away by the water, along with another individual who did manage to save himself by clinging to a tree.

Among the missing is a six-year-old boy who was in the car with his mother, whom firefighters managed to rescue, while the minor was dragged away by the force of the water, according to local media.

About 200 firefighters have been working since last night in the affected areas, between the provinces of Ancona and Pesaro-Urbino, where they are looking for the missing once the rains have stopped, moving to the south of the country.

"It has been a very violent phenomenon," in which in just over two hours "a third of the rains that fell throughout the year were recorded, which has produced a disaster," Curcio assured Sky24 television, where he said that "we must prepare for a difficult winter" and that it is "necessary to get used to phenomena like this one that will be more and more numerous".

The mayor of Sassoferrato, also in Ancona, one of the most affected towns, where several of the disappeared are from, assured that they had not received any special notice warning them that something like this could happen, only a regular alert for wind and rain .

"Nothing made us foresee such a disaster. It all happened in the space of an hour. Now the sky is clear," the mayor, Maurizio Greci, told Radio Capital.