The fire quickly swept through a house in Nescopeck, Pennsylvania, early Friday, killing seven adults and three children and horrifying a volunteer firefighter who arrived to battle the flames and discovered the victims were his own family, authorities said. 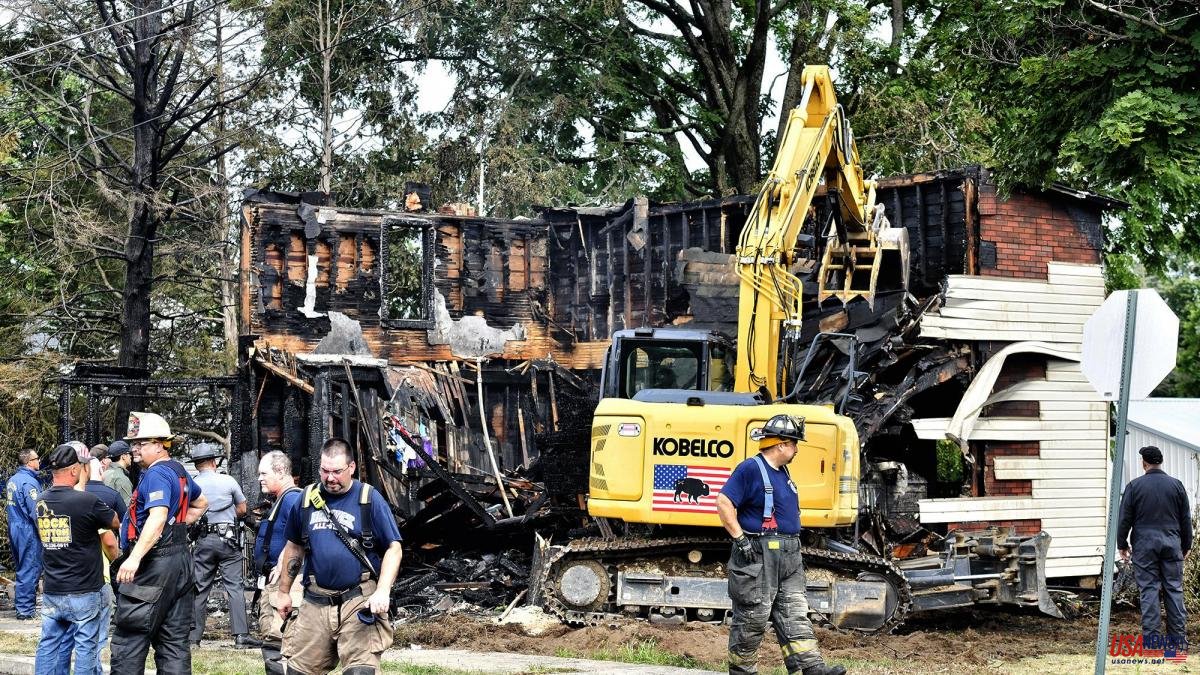 The fire quickly swept through a house in Nescopeck, Pennsylvania, early Friday, killing seven adults and three children and horrifying a volunteer firefighter who arrived to battle the flames and discovered the victims were his own family, authorities said. A criminal investigation has been opened to clarify what happened.

The three children who died were five, six and seven years old, the Pennsylvania State Police said in a news release, while the seven adults ranged from their teens to a 79-year-old man. Nescopeck Volunteer Fire Company firefighter Harold Baker said by phone that the 10 victims included his son, daughter, father-in-law, brother-in-law, sister-in-law, three grandchildren and two other relatives. He said 13 dogs were also in the two-story home, but he wouldn't say if he knew of any that survived.

The Nescopeck fire was reported shortly after 2:30 a.m. m. One victim was found dead inside the single-family home shortly after emergency services arrived. Two other victims were discovered later in the morning. Some people were able to safely flee the burning house, authorities said.

Baker said the address initially given for the call was a neighboring house, but he realized it was relatives' when the fire truck pulled up. “When we turned the corner here on Dewey Street I immediately knew which house it was just by looking down the street,” Baker told the Wilkes-Barre Citizens’ Voice newspaper.

“I was in the first truck, and when we stopped, the whole place was completely on fire. We tried to reach out to them.” One of the victims, Dale Baker, 19, was a firefighter who joined the company when he was 16, said Heidi Knorr, fire company secretary.

Dale Baker's parents are members of the fire service, and the family was "always willing to help lend a hand to anyone in need," Knorr said. His mother was not among the dead listed by Harold Baker.

Nescopeck is a small town on the Susquehanna River about 20 miles southwest of Wilkes-Barre. The house was on a residential street of largely owner-occupied single-family homes.

Mike Swank, who lives two doors down across the street, said he was awake at the time and looked outside after hearing a loud bang. He saw that the porch was "really going away" and got out, using another neighbor's hose to prevent the flames from spreading to a garage.

"It was so fast and so smoky you knew no one was going to get out of there," said Swank, who watched as sniffer dogs were used to search the scene until bodies were located.