Twelve thousand souls filled the WiZink Center in Madrid to the brim when Joan Manuel Serrat made his appearance on stage this Tuesday, pulling aside a red velvet curtain. 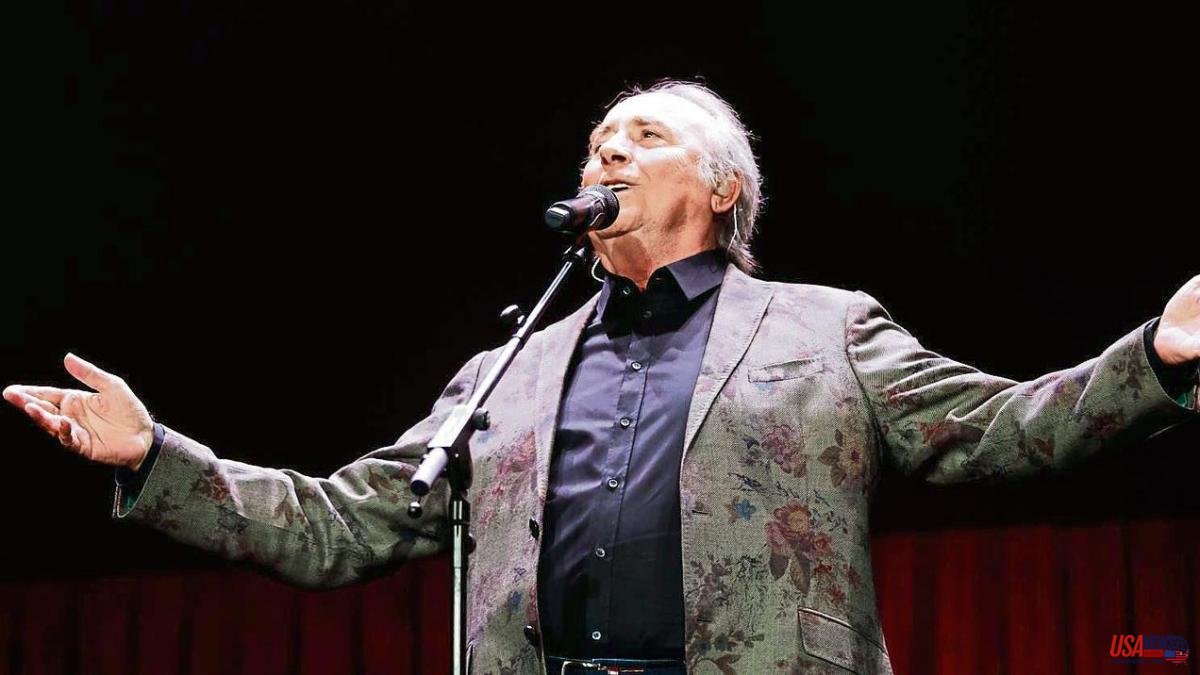 Twelve thousand souls filled the WiZink Center in Madrid to the brim when Joan Manuel Serrat made his appearance on stage this Tuesday, pulling aside a red velvet curtain. He sang Dale que dale amid shouts, whistles and cheers from the very fans when it was barely 8 minutes after nine. It was the second concert of the three that he has given in the capital -today Wednesday he celebrates the last-, getting closer and closer to the end of his farewell tour. It has been a year of emotion after emotion, saying goodbye in cities of twelve Latin American countries and many others in Spain, before finally lowering the curtain, next week, in Barcelona.

Every day of this December Serrat has to be a little more prepared to lower sails and retract nets, whatever the fishing and the call of the sea. There are only four live shows left in which four or five generations of followers meet –how good it is to lose count–, who were already young girls, yayos, visionaries and illiterates, they were driving this Tuesday without a compass for their classics: Lucía, Para la freedom, Made of cardboard, I do nothing but think of you, Your name tastes like grass to me, Today could be a great day, Cantares, Penelope... plus a couple in Catalan with subtitles in Spanish: Cançó de bressol and stop.

"Don't take it the wrong way because I have come to say goodbye personally, like a gentleman, to a square and to a people who have given me so much love," he began by saying. And since among the virtues of this artist is that of freeing himself from others without ceasing to be with himself, he showed in his countenance the weight of the decision made: "There are fewer and fewer concerts left, and now I easily identify them," he added containing the emotion-. I hope we get to the end of this, but things are so emotional that you don't know if the body will respond...", he said, democratically distributing the inopportune desire to cry.

And using mild sarcasm he dissipated the melodrama and encouraged the staff to cheer up in case he couldn't sing it all. "They will be able to say 'I was there, and it was noticeable, it was noticeable, it was scattered'." To which the dedicated audience, including his "brothers" Ana Belén, Víctor Manuel and Miguel Ríos, responded with laughter. Serrat then proposed putting aside any type of "dramatic nostalgia" and concentrating on the future. "Think that from now on the future will be there and we are not going to miss it."

Accompanied by a band of seven musicians led on piano and keyboard by Ricard Miralles and Josep Mas Kitflus, "two of the fantastic arrangers I've had the good fortune to work with", the troubadour Serrat recounted a list of songs with which draw up a biography, his own, and others through which rivers of fantasy run. An existence that he carefully observes and shares with kindness, now that he is determined to lower the curtain (at least the live curtain).

And so it was that he began by projecting a photo of his Aragonese grandfather, whose body the nationals in the war threw down a ravine. I point it out by emphasizing the family face-"we look alike, don't we think?"-While she walked the stage with her 78 springs well sheathed in straight leg jeans and a jacket with a discreet floral print. And so it was that, with an almost painful naturalness, he started with Lucía.

In his strategic parliaments that on occasions a camouflaged teleprompter would tell him at his feet -it will be things of memory-, this jubilant retiree, whose voice seemed to rejuvenate each trill, would address current issues such as climate change or the death of Elizabeth II, "so young, poor" (laughs)... But he would also be amused by Señora's lyrics...: "None of us have needed to bathe in holy or distilled water or Carmen, but the truth is that she bathed in gin and tonic", resorting again to humor.

After raising the public from their chairs with Something Personal and For Freedom, he delved into his childhood memories with Cançó de bressol, inspired by the jotera lullaby his mother sang to him. "It's not to brag, but I was born in Barcelona," the poet continued, weaving complicity. When Mediterranean sounded, little lights came on and the golas got excited trying to sing the chorus. It was Madrid love with notice.

What politics wants to territorially separate can be joined without much effort by the poet with his meager but complicit words. Because the idea that the Mediterranean could have in the Iberian highlands probably changed –or was finally forged– the day its inhabitants heard the mythical song by Joan Manuel. The impact it caused on the plateau imagery must have been comparable to that of the light and salt that Joaquín Sorolla had captured on his canvases. But Serrat would go further, he would make of that sea a quarrelsome colleague of whose brilliance and flavor, he would say, his childhood was made. A sea that stirred reason and was home to longing for love and death.

Dear here and everywhere also for the use of poetry from different latitudes –by Machado, Alberti and Miguel Hernández, by J.V. Foix or Joan Salvat-Papasseit, or the Nicaraguan Ernesto Cardenal and the Mexican Jaime Sabines – this lover of cultures, poetry and their languages ​​will be missed throughout the Hispanic world. And in Madrid more. Or the same, but in its plural way. Because today it is possible that there are more independents upset by "his support" for 155 at sensitive moments in the history of Catalonia than tied up on the plateau doubting his Spanishness. Although El Noi de Poble Sec dribbles past each other with the whip of his consistency, not inflexibility.

If in Uruguay they have now given him the Mario Benedetti award, in Barcelona, ​​his faithful companion who awaits him when he returns from each trip, the last blows await him: days 20, 22 and 23. If he overcomes the emotional stake and does not end everything in A sea of ​​longing, this poet, a mass phenomenon who, as Eduardo Mendoza assures, has a subtle sense of humor, very Catalan, which prevents him from falling into tenderness, will celebrate Christmas Eve once he is free. And on the 27th he is waiting for another party, his 79th birthday.

It is only possible to hope that he continues looking out the window in case he has to escape with the nymph who, as the song says, was passing by on a bicycle. Or think about giving the ceiling “a coat of paint” while the inspiration for more songs arrives. He already said it himself in a moment of weakness: "If I don't leave I won't be able to come back".

Get rid of irony, Serrat, it's coming for you, teacher!