Atlético made the arrival of left-back Sergio Reguilón official on Tuesday afternoon, who is on loan from Tottenham until the end of this season. 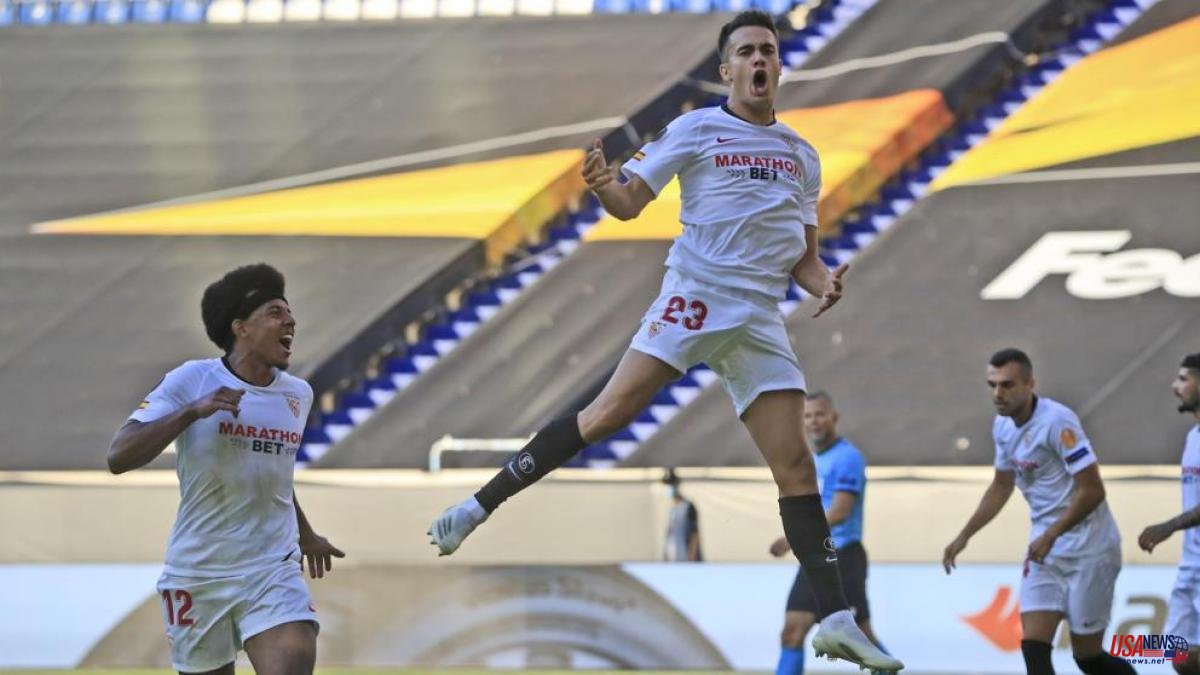 Atlético made the arrival of left-back Sergio Reguilón official on Tuesday afternoon, who is on loan from Tottenham until the end of this season. The man from Madrid comes to replace Renan Lodi, who is also on loan to Nottingham Forest in the Premier for one season, in this case with a non-mandatory purchase option for the thirty million Brazilian.

The arrival of Reguilón at the Metropolitano has not been liked at all in mattress fan circles due to his Madridista past and because he is a footballer who was very close to the whites on social networks. The rojiblancos' social forums had already burned with indignation a few weeks ago at the mere possibility that Cristiano Ronaldo would join the club.

Born in Collado Villalba, 25 years old, Reguilón is the fourth footballer trained in the La Fábrica youth academy to join the current Atlético squad after Álvaro Morata, Mario Hermoso and Marcos Llorente. Like Morata and Llorente, the latter none other than Paco Gento's great-nephew, Reguilón had to leave the Bernabeu for not being to Zidane's liking.

Reguilón had practically not played since April because he did not fit into the plans of Antonio Conte, the current Spurs coach. At the time, there was talk of him as Marcelo's natural successor and he made his debut in the Whites' first team at a very young age, in the 2018-19 season. He stood out in a special way in a classic at the Bernabeu in the Cup, in February 2019, where he had them with Luis Suárez. His coach then was the Argentine Santi Solari.

However, Zidane did not want the youth squad in his squad for the following season and Madrid loaned him to Sevilla, where he performed well. For the 2020-21 season, the Whites ended up transferring Reguilón to Tottenham for 30 million euros. A year earlier, and at the request of Zidane, Madrid had spent 50 million on Mendy.

Reguilón has been in the orbit of the national team since 2019. On October 4 of that year he was called up for the absolute for the matches against Norway and Sweden corresponding to the qualification for the European Championship, but he had to wait until September 6, 2020 to make his debut, starting in a 4-0 against Ukraine in the League of Nations played in Valdebebas, the day Ansu Fati made his debut as a scorer in the red.

Diego Simeone replied this Sunday to all the Atletico fans who criticized the imminent arrival of Sergio Reguilón at the Metropolitano: “Juanfran had passed through Real Madrid and Filipe Luis too and they are the history of this club. Álvaro (Morata) is doing extraordinarily well; Hermoso gave a lot in the League title; Llorente destroyed it... I see them as soccer players”, said the Argentine coach.