Homa and Fitzpatrick read the situation perfectly and stayed behind. 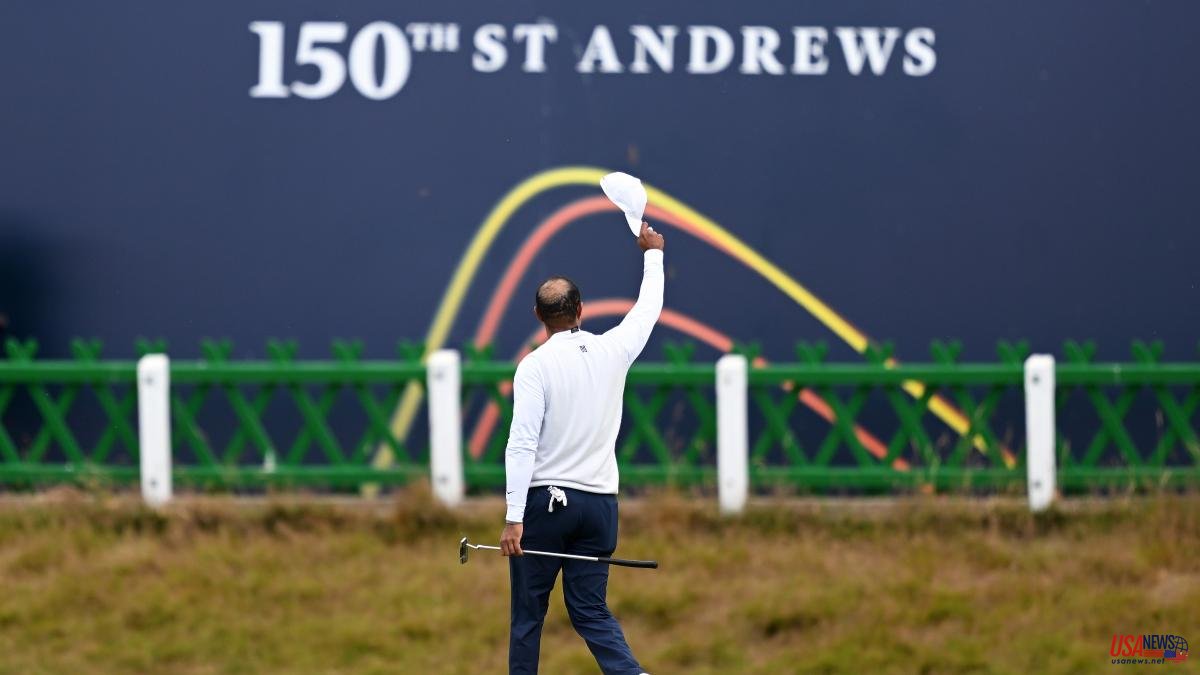 Homa and Fitzpatrick read the situation perfectly and stayed behind. Meanwhile, his match partner led the way and walked the entire iconic 18th hole of the Old Course solo. The applause began early and did not end until he reached the green. A love that moved even an ice man like Tiger Woods, who had to dry his tears knowing that he will surely not play an Open again in the cathedral of golf. “Surely it has been my last Open in Saint Andrews and that warmth of the people has touched me”, he confessed when finishing and signing a 9 that prevented him from making the cut.

The images of Tiger were the most emotional note of a second day of British in which the golfers put on their boots and made many birdies on the Old Course. Overnight and early morning rain especially softened the greens, a nightmare for all comers on Thursday, and the course retouched by Old Tom Morris in the mid-19th century was merciless.

Sergio García and Jon Rahm did not want to miss the party and climbed up the standings, although Cameron Smith's dash (64 shots for a total of -13) will force them to another great lap on the moving day to have a chance of victory. The first to take to the field on this second day was García, who signed a card of 66 hits, nine less than the first day (-3 total). A beautiful eagle on 9, a very short par 4, was the highlight of his round. For his part, Rahm took very little time to confirm that he had managed to decipher (finally) the speed of the greens, achieving three birdies in the first five holes. Two magnificent putts, a par on 16 and a birdie on 18, sealed his return of 67 shots (-4 total) and allowed him to dream of the feat over the weekend.