Sergi Roberto: "They have to kick you out of Barça, I'll be there as long as they want me" 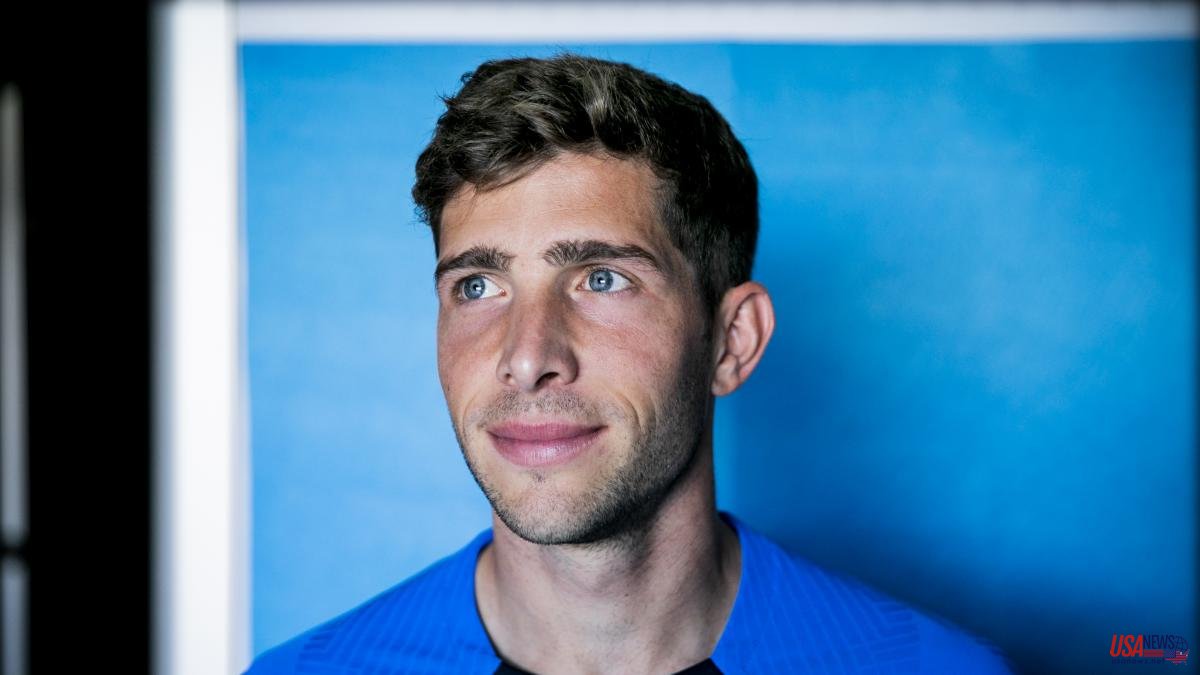 Sergi Roberto (30 years old) moves restlessly in the chair. He does not stop moving and gesturing with his hands. A resounding smile frequently appears on his face. He has recovered from his last injury and is ready to finally enjoy football. At the individual and collective level. About his future, he is clear. He wants to continue at Barça.

How has your comeback been after the World Cup?

People have come back with great enthusiasm. All those who went to the World Cup have already joined and the rest of us have been training for some time. It has been strange to stop and now we will see how the teams react but the people are eager.

How are you feeling about your discomfort?

I have already been discharged and I am available to play.

You are going to debut against Espanyol as second captain Lately it has been a complicated place...

At first it was somewhat calmer. And it is true that in recent years it has become more complicated than I expected. But here you have to be a captain for everything. In good times to raise glasses and in those that are not so good.

Will there be a fourth captain?

Not for the moment. Maybe when we're all back we'll talk about it. But it is an issue that the coach must decide and I don't know if he would prefer that we be three in the remainder of the course.

How did you experience Piqué's goodbye?

Those of us who have been with him for many years know him well. We knew that the moment he didn't feel like a protagonist he would leave. I talk a lot with him. He is very happy and that is the important thing.

If you stop feeling important, will you also leave?

I have always told players like me that they come from La Masia and that they are between Barça Atlètic and the first team tempted by other clubs that pay more that I think they should throw you out of Barça, never leave. I will be all the years that they want me. If at any time the coach tells me that he doesn't count on me, I'll leave but that hasn't happened to me.

How are you personally?

The last two seasons have been the most difficult for me since I arrived at Barcelona. It all came together. With Koeman I went through my worst stage. I injured my quadriceps, I came back but I relapsed, I was recovering again for two months without finding the exact key, I played for a long time injured and also all the extra-sports issues came together. This season I am already enjoying again.

Have you felt mistreated?

What affected you the most?

The issue of the salary reduction that was said that we did not want to lower our salary. It is not true. We were always ready. And I also renewed downward.

Did Xavi help him?

He gave me confidence and recommended that I have surgery. Knowing that there is a coach who trusts you makes recovery easier.

Do you think people know you?

No. I am a different person from players like Piqué for example. I try to go unnoticed, to help as much as possible both those who have been there for a long time and those who have gone up and be there for the coach. In the world of sports, people don't get to know you unless you do a Twitch like Luis Enrique did. I also have and have used it a few times to play video games with my friends. But I am reserved and so I will continue.

He renewed for one more year practically anonymously.

At the beginning of last season I had agreed to renew for 2-3 years, but I had surgery, there were problems with salaries and I decided to accept what they offered me. I never wanted to be a problem. We signed a year and it was not necessary to do anything special either.

On January 1st you are free to trade your future.

My intention and that of the club is that we sit down to talk. Xavi wants me to continue and so do I. I have already said that I do not want to hear offers from my representatives. I am 30 years old, I will be 31 in February, and I remember that Xavi told me when he was my age that it was when he felt best.

Does MLS appeal to you?

Do you see yourself there with Busquets and Leo Messi?

I don't know what Leo or Sergio will do but now there are many players who would like to go to the US And it's not because of the economic issue because there are also salary caps there. It is about living the experience. The 2026 World Cup will also further enhance that league.

If Busquets leaves, who can replace him?

There are very good players like Frenkie de Jong. But like Busi there is no one. I hope it continues.

Clear. I wish it was here but I am reading that he is close to renewing for PSG. I was glad that he won the World Cup. With all due respect to my French colleagues, I think I had to come full circle.

Has the time come to win again at Barça?

Yes. We have realized what it costs to create a winning team. It seemed normal to win Cups and Leagues without stopping. Now the first thing is to win the Super Cup and then we want to win the rest to continue gaining stability.

How is Ansu Fati?

We have lived through two years that we have both had several injuries and we have supported each other. I see you well. He is very strong mentally.

A few days ago I thought so. I started playing at San Mamés as a right-back in 2015 with Luis Enrique and I had Dani Alves as a teammate. A guy who for me has been the best right-back at Barça and in the world. I was lucky to learn a lot from him. Since his departure, many full-backs have come and I have been alternating that position and that of midfielder but basically I have been a full-back. In the end, what I want is to play. If the coach continues to decide that I should be the right back, then go ahead.

Do you get tired of being the eternal versatile?

When I was with Luis Enrique I did play in many more positions. Now I have stayed between the right side and the right interior. Which is not bad either (laughs). For me it is a compliment to be versatile. The coaches have always taught me that it is a very important virtue, something very positive for them and for the team. So for me too.

How do you see Saturday's game against Espanyol?

It is a special game, just like the classic. No matter how much difference there is in the standings, in the end it is still a game that they really want to play and win, especially at the Camp Nou.

What does this Barça have that Real Madrid does not have?

The best football we have done has been with the people from home. La Masia and our philosophy. That is what differentiates us from Madrid.