Sempé, master of irony and tenderness

Irony and tenderness define the drawing and humor of Sempé, who died last Thursday at the age of 89. 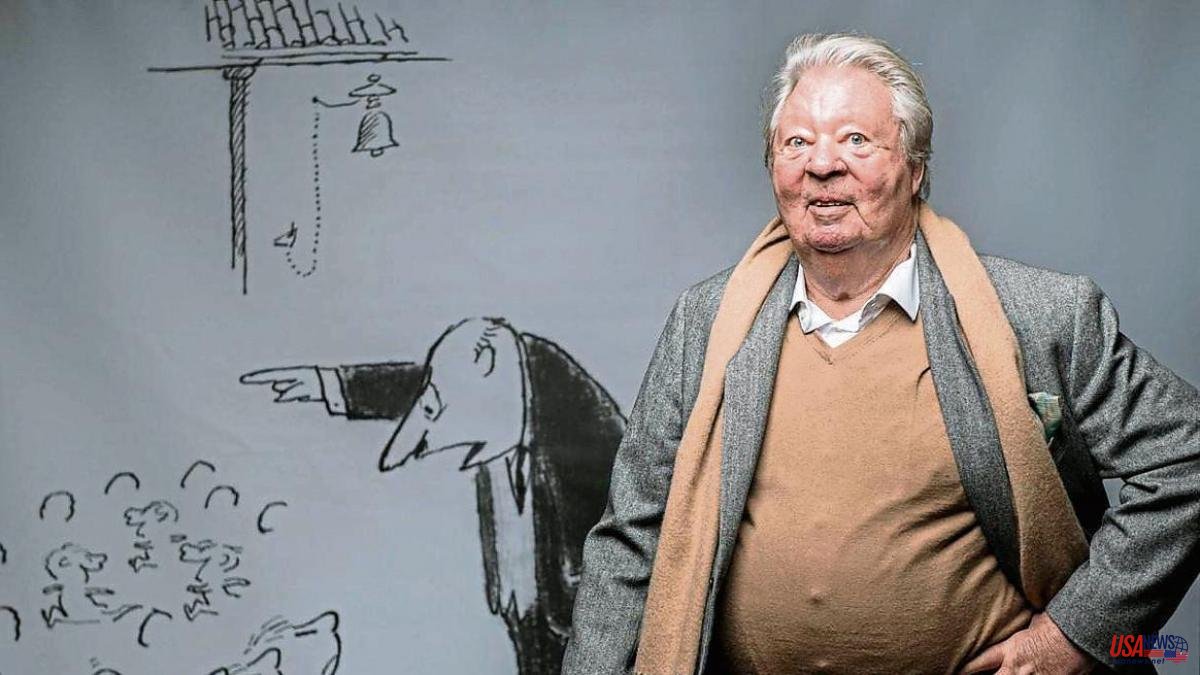 Irony and tenderness define the drawing and humor of Sempé, who died last Thursday at the age of 89. Elegant and subtle, never cruel. With a stroke of enormous poetic charge. His gaze knew how to capture the everyday and, from there, he managed to rise, like his ethereal drawing, to portray the universal. He always relied on that fragile and sweet lightness that characterizes his style. Sempé transports the reader away from a reality that he portrays with incomparable beauty. And that is when his true greatness appears, what makes him inimitable, some drawings that convey a sincerity and an emotion that goes beyond words, because they are made of feeling.

He was a master of the language of drawing and vignettes. He was always halfway between illustration and comic, because even his drawings were narrative in many cases. In those compositions he captured the experiences, desires and frustrations of thousands of anonymous characters with whom it was inevitable to empathize. He knew how to capture life and he did it with a few delicate strokes. Sometimes he simply drew with a pen – a model that, when he stopped making himself, admirers from all over the world sent him. Other times he enhanced the drawing with watercolor, and then the color helped to convey the full emotional temperature of his stories, often with small characters contrasting with the immensity of the environment. It was Sempé's way of pointing out the smallness of humans in the middle of nature or their loneliness in a big city. Those portraits from Paris or New York achieved true icon status, and many graced the covers of the prestigious magazine The New Yorker.

With the screenwriter René Goscinny – author of Asterix together with Uderzo – he created the character of Little Nicholas in 1956, who portrays the world of childhood with humor and sweetness. The series was born as a comic strip, but it would achieve its fame by adopting the format of an illustrated short story. Sempé collaborated with writers such as Nobel laureate Patrick Modiano, with whom Catherine signed in 1988, or Patrick Süskind, author of the short novel The Story of Mr. Sommer , published in 1991. A large part of of his graphic jokes, which were collected in dozens of books, and where he displayed a humor that could be critical at times but never hurtful. Sempé's vignettes observe, but do not judge. And in them affection is not incompatible with sarcasm.

Sempé was born on August 17, 1932 on the outskirts of Bordeaux, into a humble family. He dreamed of being a musician, but, as he himself said, "it was easier to find a paper and a pencil than a piano". After leaving school at the age of 14, he began working as a cartoonist for newspapers at the end of World War II. Upon learning of his death, President Macron wrote on Twitter: "Jean-Jacques Sempé had the elegance of always being light without letting anything escape him." He accompanied it with the latest published joke, a landscape where a woman says to the man who portrays her: "Don't forget me." Sempé's work is one of those that is not forgotten.