Self-portrait of the artist who was not a muse

There are polymaths who don't discover their other talent until maturity, which must be like suddenly growing a third arm at 60. 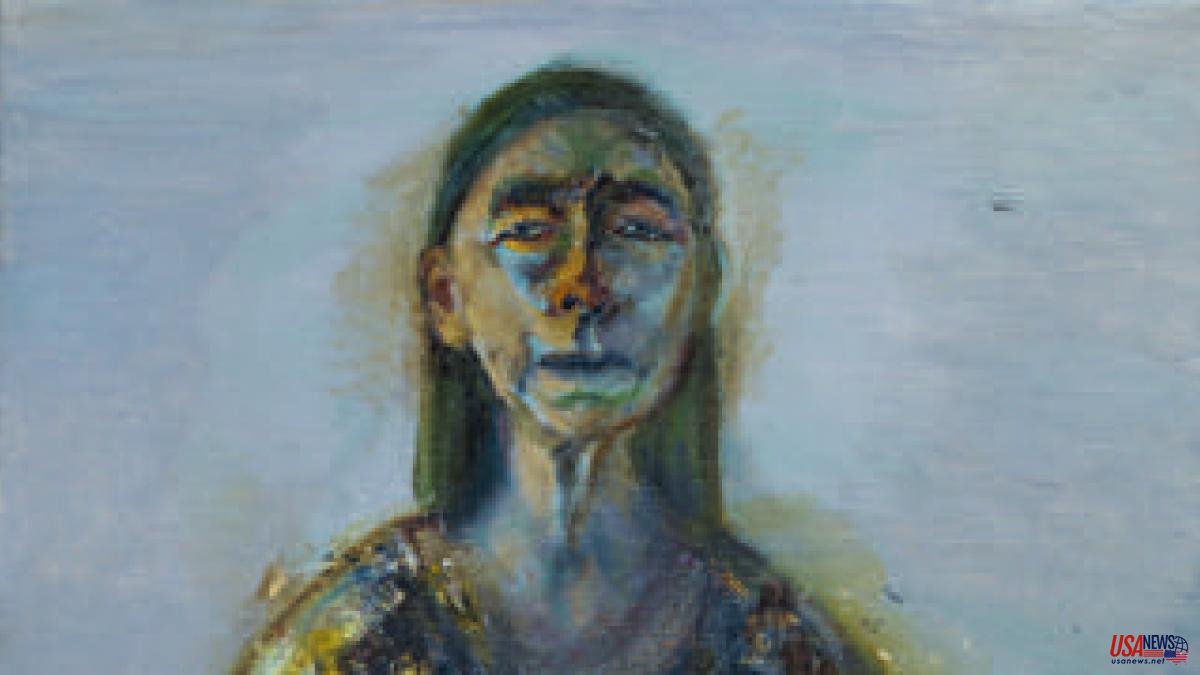 There are polymaths who don't discover their other talent until maturity, which must be like suddenly growing a third arm at 60. That happened to Celia Paul (Trivunaranthapuram, 1959), one of the most notable British realist painters of her generation, who suddenly revealed herself in 2019 as a brilliant writer and memorialist. Her book, Self-Portrait (Chai), which has captivated authors like Rachel Cusk and Zadie Smith, is now published in Spanish with translation by Esther Cross. In barely 200 pages, dotted with some of her paintings, she manages to weave together her initiation story –in love, in sex and in art– with a practical example of how much a young woman had to be stubborn to dedicate herself to creating until recently. Self-portrait arose from the need to correct a wrong: in 2011, when Lucian Freud, who was her partner and father of her only child, died, Paul saw himself summed up in the obituaries as the "muse" and needed to fix that misunderstanding. The pages in which he describes that unequal relationship that began when he was 55 (and at least a dozen of the many children attributed to him) and was a successful and established painter and she was 18 and began her painting studies at the Slade school are vibrant and absorbing in the Annie Ernaux way. A milestone for a debutante in writing.

In the prologue he writes that selfishness is more natural to men. How did you get enough to pursue art?

The choice between love and art can be a tough one for women artists. Usually, you have to choose bachelorhood to be able to dedicate yourself to art. I often envy male artists who have supportive wives or partners. Perhaps it is different for the younger ones, but those of my generation had to choose solitude and this becomes more complex if you have a child. The fact of caring for someone, being responsible for another person, fundamentally clashes with the act of creating art. In my own life, I have had to set strict boundaries in order to preserve my territory. No one, not even my son Frank, can enter my studio without my permission. And I have never lived with the people with whom I have had a relationship. (Paul was married to philosopher Steven Kupfer, who died in 2021, but they lived in separate houses.)

His book is called 'Self-Portrait' and some of his most celebrated paintings are, but he didn't start painting them until he was in his 40s. Why?

At first, she was too insecure to really see me. What came out of me was embarrassing and too sincere. My reluctance to look at myself might have to do with the fact that my mother was my main role model. She was my subject, not me, so she couldn't see me because she was giving her my attention. After her death, I have felt freer.

In one chapter he describes his adolescent rivalry with his friend Linda. She admits the relief she felt when it became clear that you were the better painter of the two.

That rivalry must have been what galvanized me to become an artist. But, my God, the jealousy she felt for his talent was painful. When she left art to study Literature, I felt that I had been released from a dark prison. But then I started my romance with Lucian Freud. My relationship with him wasn't exactly rivalry. He had a profound impact on my artistic life and spending time with him made me the painter that I am.

Your descriptions of life with him, how you felt every minute without him was meaningless, reminded me of Annie Ernaux. She doesn't seem to be writing from a place of self-censorship, she doesn't punish 20-year-old Celia for her all-consuming adoration.

People respond to honesty. The recent trend in film and literature to portray impeccable, independent women can alienate the reader or viewer. Every human being is vulnerable even if they have learned not to show it, and art has a responsibility to reflect those things that cannot be talked about: shame and jealousy, for example. A woman can get control of her emotions but the interesting part is to see how she got there.

Early in their relationship, Freud mentioned to Rodin and Gwen John how she left her career to serve him. It would have been easy for you, at 18, to fall into that Gwen John trap and leave out her painting.

Lucian admired the fact that when Gwen John was most deeply in love with Rodin, she stopped painting and gave herself up entirely to her passion. Lucian believed there was a feminine integrity in his giving up his art to pursue his. Gwen John posed for Rodin and, when she wasn't posing, she waited for her visits in the rented room where they made love. In a similar fashion, I posed for Lucian and awaited his visits in various rented rooms. But I never stopped painting. Lucian would have preferred me to be more obedient. He never controlled me (at all) even though I wanted to please him. As a consequence, my own artistic ambition was compromised during our relationship, I was afraid that he would not want me if he showed how dedicated to my work he really was.

In the articles after Lucian's death, if I was cited it was to do so as a "muse" and without mentioning that I am a painter. I didn't realize until then how the world perceived me. I have dedicated my whole life to art and I have made a living from it. I hadn't been financially dependent on or posed for Lucian since 1987. I think the sexism is so deeply embedded that a lot of people don't even realize they're being macho. When they review my exhibitions, they reproduce a photograph of me and a painting by Lucian as if I were condemned to be the subject of a painting instead of a painter.

In your book you don't talk much about the age difference between you, although it was an obvious disparity. How did you fit into that complicated family architecture, with so many children and ex-wives?

I was 18 years old when I met Lucian Freud. He was 55. He was an external tutor at the Slade School of Art. We had very different lives when we met. Lucian admitted that he was coming to the Slade because he wanted to "find a girl." He soon found me caught up in the drama of his life against the backdrop of countless lovers and children. As time passed, I began to feel very close to his children and now they are part of my life. Somehow, Lucian managed to create a sense of family through it all.

Tell me about those paintings of your mother and sisters, so important in your work.

I feel freer painting women, as a general rule. Women have more ability to be still. When they pose for me, I feel like they are there for me. They indulge in the experience, while men need to control the posing experience and find it more difficult to sit still. My son Frank only poses if he lets him listen to audiobooks, he backs down the silence that he demands of my models. And the other male models I've worked with have a similar response to my silent attention. They can't stand it.

She decided to have a child at 24, and in the book she describes how she left her mother in charge of the baby three weeks after its birth and how painful that first separation was. How did you handle those years in which he put his need to isolate himself before painting? If you were a man, no one would ask you this question and no one would find anything unusual in that story.

Frank's first years as a baby were very difficult. Being an artist is not like having an ordinary job. An artist needs time to think and plan, she needs time to be alone. You can't go to the studio at nine in the morning, put paint on the canvas until five, and then go home. Sometimes you may not even paint. Maybe you are thinking images in your head. This is hard to explain to people who think painting should be "relaxing" and wonder if the artist is neglecting her son to pursue this pleasurable pastime. And I don't think male artists suffer from the same stigma. The world is indulgent towards the artist man who happens to be a father. Women are expected to take care of their children, whether they are artists or not. I was consumed with guilt over it. And also permanently exhausted. My mother nursed my baby at her house in Cambridge so that I could paint in my London studio. I was going to and from Cambridge regularly and in the evenings I also posed for Lucian. I found it impossible to juggle those three parts of my life: painting, Frank, Lucian. In the end I had to give up on Lucian. We broke up when Frank was three years old.

Your father was a bishop, what is your relationship with faith now?

I grew up in a Christian family. As a child, the day began and ended with prayers. Prayer is still part of my life, although not in the strict sense. When I paint, I pray. My painting doesn't work if I'm too in control of the situation. I need to have a rapture so I can forget about myself. Only then can I aspire to have the gift of grace.