Self-consumption: an increasingly accessible lifeline for companies and citizens

Every day, the Mataró Hospital houses some 5,000 people, including doctors and other internal and external workers, patients or visitors who need heating. 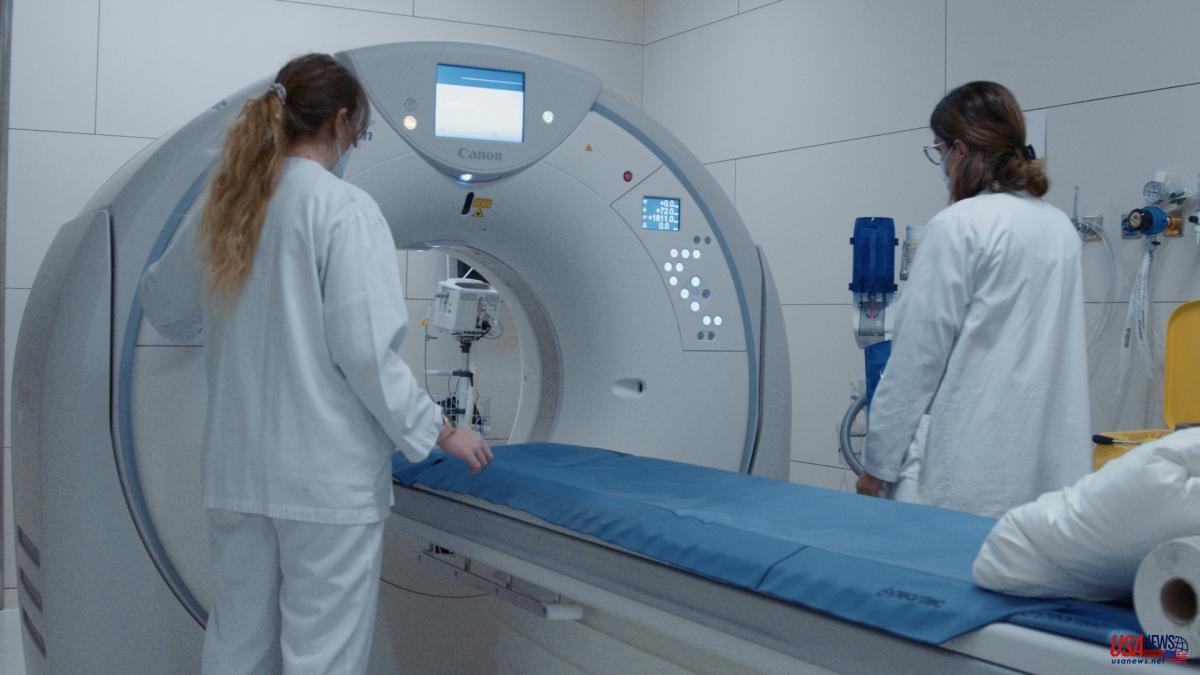 Every day, the Mataró Hospital houses some 5,000 people, including doctors and other internal and external workers, patients or visitors who need heating. Every day, the radiology equipment works at full capacity and in the operating rooms and UCIS the air never stops being renewed. The energy needs of this building are therefore immense. And, consequently, the cost of energy.

It was in 2010 when the Consorci Sanitari del Maresme made a decision that would mark the course of this center towards electrification and decarbonisation: gradually replace the energy that came from fossil fuels with electricity produced from renewable sources. Today gas consumption is reduced to heating food in the kitchen. The rest of the energy that supplies the center comes from the Green Tube, an urban hot and cold distribution network made from the steam generated in the Mataró waste incinerator plant and the biogas from the wastewater treatment of the treatment plant.

"Starting in 2019, we also decided to install photovoltaic panels on the roof of the hospital, 762 modules over 1,600 square meters, with which we avoid some 50 tons of CO2 emissions per year," explains David Barrachina, director of operations. of the Consorci Sanitari del Maresme. The forecast is to avoid 137 tons of CO2 per year, the equivalent of the absorption capacity of more than 13,000 trees.

By 2030, one of the objectives of the European Union is for renewable energies to have at least a 32% share of final energy consumption. The unforeseen scenario of pandemic and war in Ukraine has led the European Commission to opt for a plan to make Europe independent of Russian fossil fuels well before 2030, starting with gas, the REPowerEU roadmap.

One of the renewable energy markets that is experiencing the most momentum is photovoltaic, especially in countries like Spain, where there are between 2,400 and 2,800 hours of sunshine per year to produce clean and infinite energy. With this comparative advantage to our credit, self-consumption in individuals and companies stands as a leading actor, both to reduce costs and to mitigate the production of greenhouse gases.

In the case of companies, the main consumers of energy worldwide and whose actions have a great impact on the entire economy and society, the self-consumption of photovoltaic energy is allowing them to meet their environmental objectives while they can reduce their expenses and be more efficient.

This is demonstrated by companies that have a high and localized consumption of energy that have opted for self-consumption, such as hospitals, sports clubs or food companies, as well as other sectors such as the automotive, wine, agricultural, ceramic or paper industry.

"The current situation, with the skyrocketing price of energy, has only served as a lever for growth to take the step towards self-consumption, together with the facilities now offered by public administrations and the elimination in 2018 of the sun tax", says Toni López, head of B2B at Endesa X in Catalonia. "As long as your company has a space for photovoltaics, you will be able to install it, and with an amortization of the investment in just two years in many cases," he adds.

But, in the event of deciding to install a photovoltaic in our company, how much do we have to invest? Is it possible to get help? In the case of the Maresme Sanitary Consortium, Endesa X was awarded the contract for its photovoltaic, so that it assumed the entire investment in the project, from the initial design to the works to its correct operation, in the form of a five-year lease , with the possibility of rescue at the end of the installation.

The energy company was also behind the self-consumption photovoltaic project of the Sabadell Swimming Club. This entity, with more than 100 years of history from which nearly 60 Olympic swimming and water polo athletes have emerged, decided to replace its fiber cement roof with a solar roof to heat the water in the pools and provide lighting to the enclosure. It was not a complicated decision: an agreement with Endesa X allowed it to have a financial partner and not have to make any disbursements.

The club has 10 swimming pools between two centers where it offers a sports service to more than 1,500 federated athletes and also leisure to families. The 1,300 installed panels, which constitute the largest self-consumption solar plant in a sports center in the Vallès Occidental region, also in Catalonia, produce 518,005 kWh per year, 14% of its total consumption. The CO2 savings each year will be 171 tons, the equivalent of planting more than 16,000 trees.

But this is not the club's only initiative to achieve energy self-sufficiency. Since 2017, the center began to take steps to eliminate fossil fuels in its energy consumption in order to fully operate with renewable energy in 2023 and thus save and care for the environment. Thus, it installed a pioneering air conditioning system, cardiothermal energy, which is based on reusing residual heat from areas where high-intensity exercises are carried out to, for example, heat the water in showers.

Lastly, so that professionals, members and children can train or enjoy a bath all year round in the large outdoor Olympic pool, a cogeneration plant was installed, which jointly produces electricity and useful thermal energy, with lower costs and cleaner than if one of the two sources were used separately. “If it weren't for this mix, right now we wouldn't be able to pay for all the energy the club needs. In a year and a half we will already cover 100% of our energy demand and we will forget about gas”, asserts Claudi Martí, president of Club Natació Sabadell.

More and more companies are embarking on the path towards electrification to decarbonize and fight climate change. “We believed that it was necessary to make this transformation”, affirms Martí, and adds: “It shows that it can be done. Now, you need will, time, planning and help for investments. In this sense, Endesa X has become an ally for the more than 400 companies that have trusted it to start self-consumption. How? Offering tailor-made facilities, carrying out from the preliminary study to the start-up, going through the construction and obtaining all the necessary permits, as well as the management of subsidies and aid. Small steps to achieve big goals.