The incident between Francesc de Dalmases and a TV3 journalist has once again shaken the waters of Junts per Catalunya and reopened old wounds, after the result of the internal investigation carried out by lawyer Magda Oranich, a member of the guarantee commission, became known of the match. 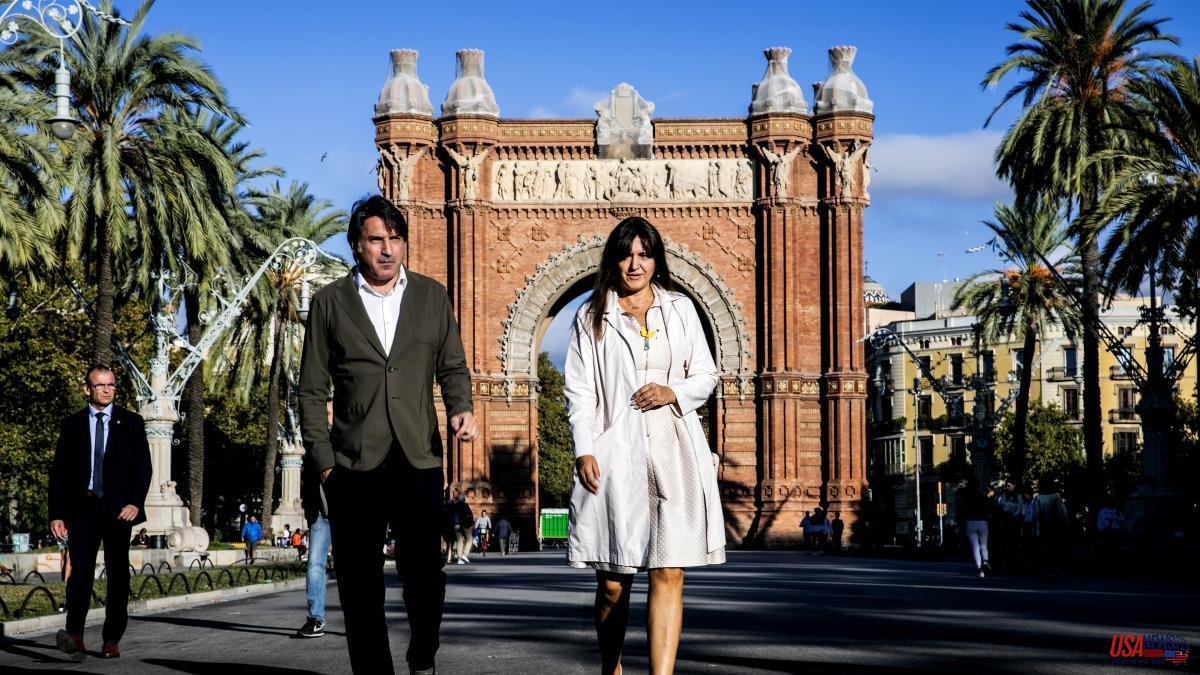 The incident between Francesc de Dalmases and a TV3 journalist has once again shaken the waters of Junts per Catalunya and reopened old wounds, after the result of the internal investigation carried out by lawyer Magda Oranich, a member of the guarantee commission, became known of the match.

Oranich has denounced this Monday “pressure” from the suspended president of the Parliament, Laura Borràs, and from the Dalmases environment for the report, which was advanced this Sunday night by Nació Digital. The events took place on July 9 and the investigation concludes that the party leader had an "incorrect" attitude after "losing his temper in an exaggerated way", and that the program's journalist felt intimidated.

The management of this controversy has caused discomfort within JxCat, as well as the reaction of Dalmases himself, who criticizes Oranich's work. For this reason, there are sectors that believe that the deputy, who is one of the vice presidents of the formation, should resign as soon as possible or that the management should take action on the matter. It remains to be seen how all that anger, which already existed beforehand, is channeled.

In fact, Oranich has revealed today that he had also received complaints about Dalmases from the parliamentary group, from some deputies, although in the document he had limited himself only to the controversy, which occurred after an interview with Borràs on the FAQS program, which is no longer emits.

When the incident and the intimidation became known, there was criticism for the management of the crisis and the reaction of the person involved. Until the general secretary, Jordi Turull, intervened in a meeting in the Parliament, Junts did not move. In the end it was decided that an informative file would be opened, although it was said that it was Dalmases who requested it.

One of the readings that is made is that this episode harms the president of JxCat again and that the best thing that Dalmases could do to tackle the problem is to resign as soon as possible. "So yes, we cannot continue", said a territorial leader on the networks, although he later deleted the comment, which alluded to the arguments for leaving the Government and breaking with Esquerra.

Turull, for his part, has avoided getting involved in this issue in an interview with SER Catalunya while waiting for the management to meet, and has regretted the leak of the report, which was delivered to him and Borràs more than a week ago.

Dalmases has sent his colleagues from the Junts executive a letter in which he describes the internal investigation as “irregular” and assured that the file “had not been requested from the guarantee commission”, and that “it does not correspond in any way with the informative file” that he himself requested from the management.

"I can understand that they did not like the report, but it is clear that there has been inappropriate behavior", Oranich highlighted today on RAC1 and TV3 after Dalmases tried to disavow his work.

"It's pathetic," replied the lawyer, who was the trustee of the Barça partner and when she was entrusted with the job, she was told that "she is a person with proven solvency and professional experience, also in the defense of women," according to Josep Rius pointed out.

In Oranich's opinion, Dalmases is "out of the world" for his complaints about the report. "We say that he has a disgraceful conduct and bad behavior, not that he has killed someone," he added. “They have not realized that he cannot go around the world like this,” he has sentenced.

A TV3 report already confirmed Dalmases' inappropriate behavior and intimidation at the end of July, and the parliamentary deputy's statute commission, chaired by Junts, also has yet to rule on these events. At the next management meeting it will be one of the folders to be addressed.