Schinas, Vice President of the European Commission, will meet in Barcelona with President Aragonès

The normalization process in the previously close institutional relations between the Generalitat de Catalunya and the European Commission has begun. 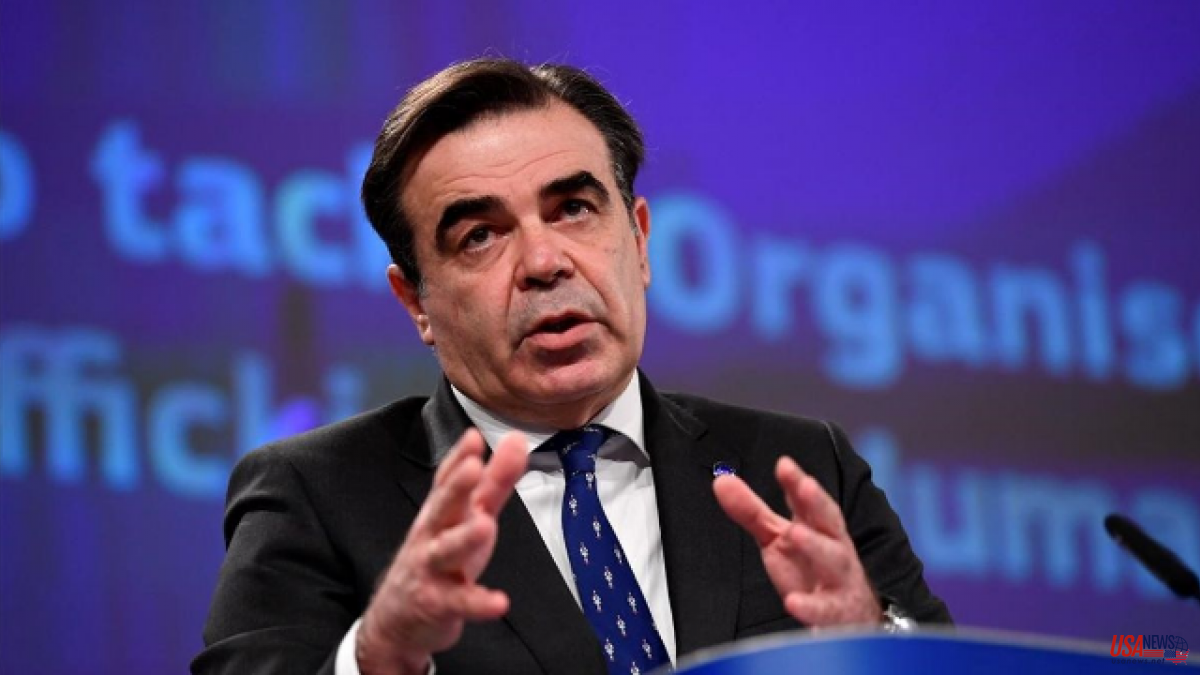 The normalization process in the previously close institutional relations between the Generalitat de Catalunya and the European Commission has begun. The vice president of the community executive, Margaritis Schinas, will meet on Thursday, June 30, in Barcelona with president Pere Aragonès, as this newspaper has learned from community sources, coinciding with his visit to the Catalan capital to participate in various events related to health and the pharmaceutical industry. It was the Schinas office that requested the meeting from the Generalitat, which today confirmed the meeting to the community executive.

Schinas will be the first member of the executive that President Ursula Von der Leyen has made an institutional visit to the Generalitat since her inauguration in December 2021, although Aragonès already accompanied her when she visited Barcelona in May to receive the II Cercle d'Award. Economy to European Construction. Strictly speaking, however, it is not the first meeting between one of its members and one from the Government, since in January the Minister for Foreign Action, Victòria Alsina, met with the Commissioner for Cohesion, Elisa Ferreira, although accompanied by representatives of the Balearic Islands and Aquitaine, within the framework of the Euroregion.

On that visit, Alsina demanded of Brussels "normality" in relations with Catalonia. And that is the key word used in the European Commission to explain this meeting. "The visit is part of institutional normality," explain sources close to Schinas, a Greek national politician with close ties to the Spanish Popular Party, who was recently heavily criticized for meeting with Vox MEPs to talk about immigration. "We see each other with the whole world," they said then in his surroundings and the aforementioned sources repeat now.

The symbolism of the meeting between Schinas and Aragonès escapes neither of the two parties. Government sources, who are currently working on the agenda for the meeting, which in principle will take place at the Palau de la Generalitat, have celebrated as very good news that relations between the two parties are at this stage.

The last meeting between members of the Government and the European Commission dates from 2015, when President Artur Mas met at the headquarters of the community executive with the Commissioner for Transport, Violeta Bulc. By then relations were already tense but from then on, coinciding with the rise of the independence process, the fluidity that had historically characterized relations between Barcelona and Brussels, above the weight that generally corresponds to a European region, passed from tenseness to indifference and absolute silence.

The visit of the Vice President of the European Commission, who is also the holder of the portfolio for the Promotion of our European Way of Life, aims to break with that past and install institutional relations back to normal. Schinas will arrive in Barcelona late on Wednesday, June 29. The following morning he will meet with Aragonès, and then he will participate in the opening of the annual Medicines for Europe conference, which takes place in Sitges, and will visit an antibiotic production center. At the end of the day, Schinas will hold meetings with members of the business world. In short, an agenda that indeed exudes institutional normality.