Schedule, program and chains of the New Year's Concert in Vienna... (which is still directed by a man) 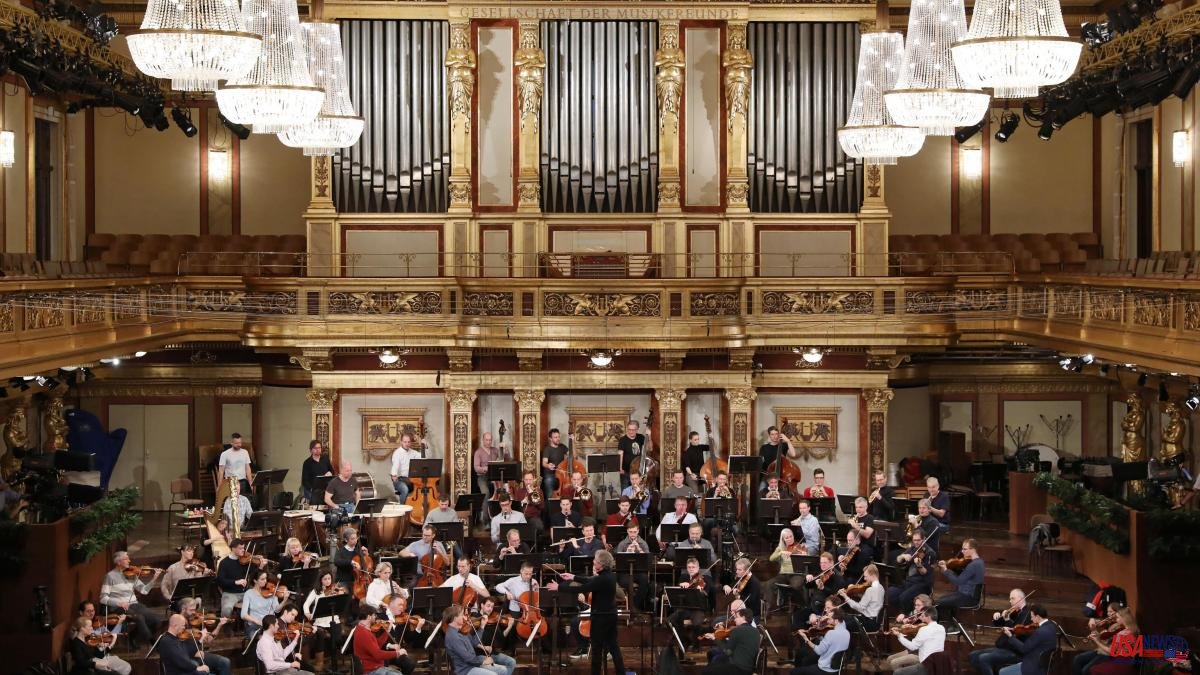 The Austrian maestro Franz Welser-Möst conducts this Sunday the New Year's Concert of the Vienna Philharmonic Orchestra, which from the Golden Hall of the Musikverein in the Austrian capital will be broadcast to more than 90 countries. There are already 83 editions of the most popular concert that have assumed 18 batons, all of them men, without any news that a woman can occupy this coveted podium. Although, be careful, the girls of the renowned Vienna children's choir will finally participate.

"We will have a female director when the time comes," said the president of the Philharmonic, Daniel Froschauer, this week during the concert presentation. The person in charge of what is the formation that has taken the longest to incorporate women into its ranks -it was not until 1997 that there was a full member- had a peculiar intervention before the press when he pointed out that when someone takes charge of that famous and traditional recital, he is compared to the greatest masters.

"You need someone who is a consecrated artist and with a lot of experience with our orchestra," he said when asked about the absence of female conductors throughout the history of this cultural event that began in 1941. "The exposure and the madness that accompanying this concert is dangerous," he continued in a paternalistic speech. "A relationship needs to be developed between this unique orchestra and the conductor, that they understand each other, before going to this very difficult concert. It's not a political issue, it's an artistic issue."

The president pointed out that it is after about ten years of artistic relationship that they dare to invite a director to the New Year's Concert. From which it can be deduced that it will take time and will for this type of link to be established between the Philharmonic and a female conductor... The first woman to conduct it was Anna Manson, in 1994. Currently barely 10% of its members are women.

Time seems to have effectively stopped at the Musikverein in Vienna. At least during the morning of every January 1st, when, with Germanic punctuality, television stations from all over the world connect to the room from 10 in the morning -TVE does it at 11:15 a.m.- to bring the European musical tradition to millions of viewers. The Austrian television ORF co-produces this event with the European Broadcasting Union (EBU), which has an audience of 55 million viewers in Europe, and which will feature this Sunday with the performance of Michael Bayer, who repeats for the seventh time.

For the first time this year, the children's choir will have the joint performance of boys and girls in the polka Espíritus alegres. The last appearances of the Vienna Boys Choir in this traditional concert were in 2012 and 2016, although for the girls it is a debut. This children's choir of soprano and alto voices is one of the oldest and best known in the world. It was established in 1498 by Maximilian I of Habsburg and in 2023 it will celebrate its 525th anniversary. After the fall of the Austro-Hungarian Empire in 1920, the Vienna Boys' Choir became a private non-profit entity. And since 2012 it has its own concert hall: the MuTh (Music and Theater).

Another novelty -no longer related to the sex of the artists- is the interval between the two parts of the concert, which on this occasion is dedicated to the Universal Exhibition in Vienna in 1873, on the occasion of its 150th anniversary. Maestro Welser-Möst and various teachers and Philharmonic ensembles will take the viewer from the Musikverein to the Prater, through the magical places of the Expo. That event, which celebrated Franz Joseph I's 25th anniversary as emperor, modernized the then capital of the Austro-Hungarian Empire, which showcased its industry, art and technical development.