Just over a year and a half ago, few knew his name and, instead, this Sunday, September 11, Carlos Alcaraz could win the first Grand Slam of his career in the US Open final against Casper Ruud and also become the number 1 in the ATP ranking, the youngest in history at 19 years old. 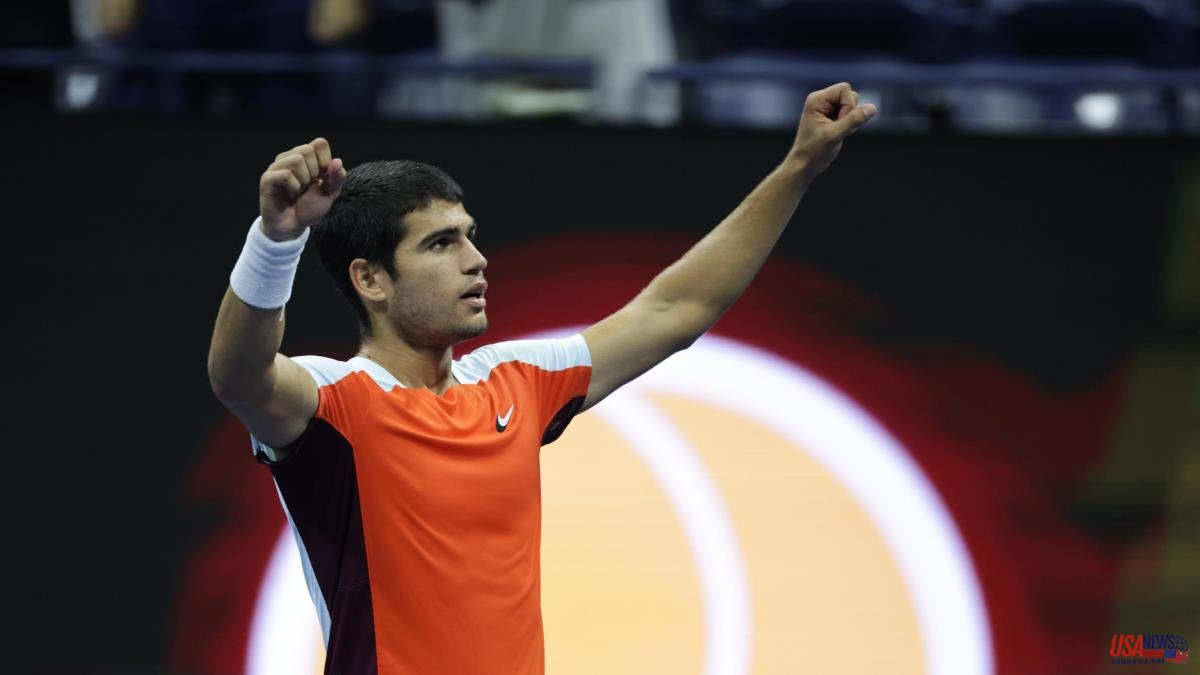 Just over a year and a half ago, few knew his name and, instead, this Sunday, September 11, Carlos Alcaraz could win the first Grand Slam of his career in the US Open final against Casper Ruud and also become the number 1 in the ATP ranking, the youngest in history at 19 years old.

The match between the Murcian and the Norwegian tennis player will not start before 10 pm and will be seen on Eurosport, a channel included, among others, on the DAZN platform. The meeting can also be followed minute by minute through the La Vanguardia website.

The match on the Arthur Ashe court has historical overtones for Spanish tennis, which with Alcaraz could have its fourth number 1 after Carlos Moyá, Juan Carlos Ferrero and Rafa Nadal. However, Casper Ruud, 23 years old and currently number 7 in the ranking, is also aiming for the top of world tennis for the first time.

The balance between the two tennis players is favorable to the Spaniard, who has beaten the Scandinavian both times they have met. He won the quarterfinals of the Marbella tournament (6-2 and 6-4) in 2021 and also in the Miami final (7-5 ​​and 6-4), on hard court, where the player from El Palmar won the first Masters 1000 of his career and the place where he exploded in tennis.

He had already been the protagonist in the Rio de Janeiro tournament, champion after beating Diego Schwartzman in the final (6-4 and 6-2), and also left his mark in Indian Wells, where he fell in the semifinals against Nadal in a match very even, but in Florida he confirmed that he is called to do great things on the circuit.

Later he was followed by the titles of the Conde de Godó Trophy and the Madrid Masters 1000, which consolidated him in the top ten. At Roland Garros he reached a meritorious quarter-final and at Wimbledon he fell in the round of 16 against Jannik Sinner, also his executioner later in the Umag final, which was added to the defeat in the title match in Hamburg.

After those two lost finals, some doubts grew in the game of the Murcian that have now been completely cleared up at the US Open, where he has played at a very high level and has provided matches for history. He got through the early rounds with relative ease, against Coria and Brooksby, and then had to struggle in every match to reach the final.

For his part, Ruud had a slightly more comfortable path to the final. The one from Oslo only needed five sets in the second round against Tommy Paul, in a very close match with three tie breaks, and in three other matches he lost a set, the last in the semifinals against the Russian Karen Khachanov ((7-6, 6-2, 5-7 and 6-2).