Real Sociedad and Real Betis could not have started their European career in a better way, the fourth in a row for the Basques and the third for the Andalusians. 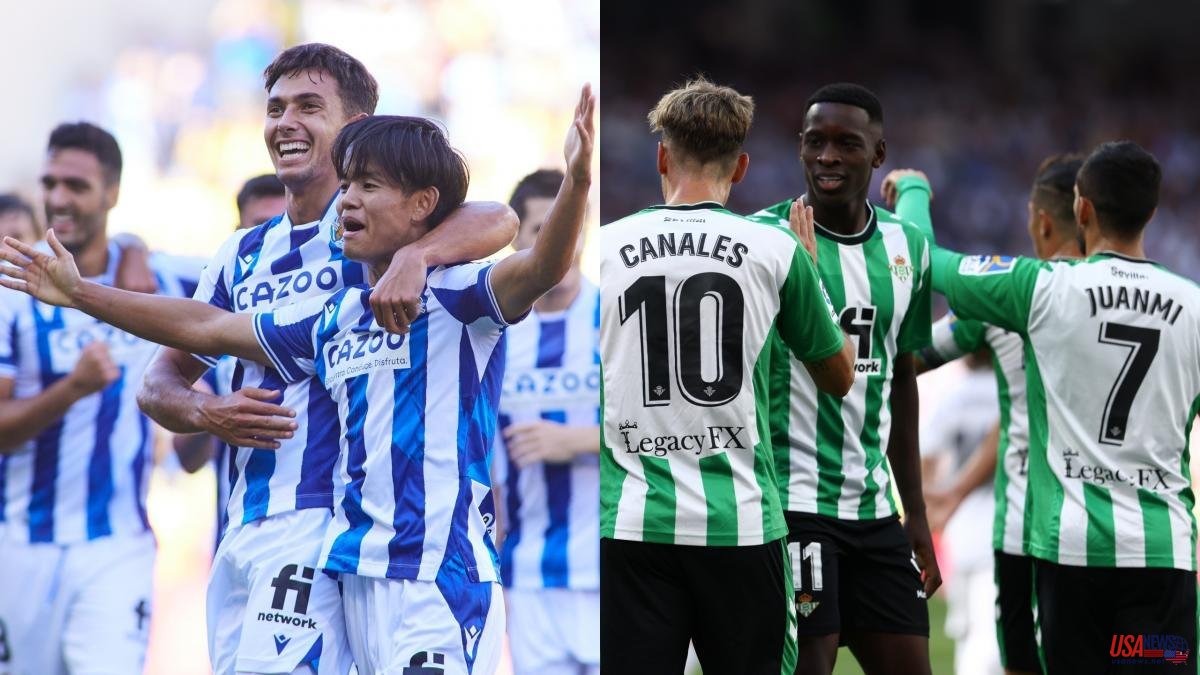 Real Sociedad and Real Betis could not have started their European career in a better way, the fourth in a row for the Basques and the third for the Andalusians. Imanol Alguacil's men defeated Manchester United in one of the most impressive and historic stadiums on the continent, Old Trafford, in a very serious, solid game in which they were clearly superior to a team that had come on an incredible streak. For their part, Manuel Pellegrini's men beat Helsinki (0-2) with a brace from Willian José. Two very important victories to gain confidence and face their next two appointments against groups, a priori, inferior. La Real will face Omonia Nicosia and Betis against Ludogorets.

Txuri-urdin and Verdiblancos will play for the leadership of their groups against Cypriots and Bulgarians this Thursday, September 15. The Real Sociedad match will be the first of the Spaniards to be played, at 6:45 p.m. The Betis game will be played in the 9:00 p.m. shift. Both matches can be seen live through Movistar Plus. The one for Real will be given openly on Gol Television, the one for the Betis will be on the Movistar Champions League channel. You can also follow minute by minute on the La Vanguardia website.

Real Sociedad has won for the first time in its history at Old Trafford, a stadium that it has already had to visit last year and from which it left with a draw. The Sheriff's men won by the minimum, with a penalty from Brais Méndez, against a gray Manchester United. Casemiro made his debut as a starter and Cristiano Ronaldo was also in the game, but neither of them could do anything to overcome a very daring txuri-urdin team capable of taking on one of the leaders of European football.

Real Betis, meanwhile, had a much simpler match against Helsinki away from home. Willian José was the scorer of the two goals for the Betis, which served to give them the lead in the group after the first day and to arrive with confidence at this second match in which they also start as favourites. They cannot be overconfident, as Ludogorets were able to surprise José Mourinho's Roma in the first game and collect their first three points.

In addition, the Andalusians will not be able to count on two capital players in Manuel Pellegrini's scheme. Nabil Fekir was injured against Real Madrid two weeks ago and will miss some games. More serious is Juanmi, who will be in the dry dock for several months after tearing ankle ligaments. For Real Sociedad there is also bad news: their recently signed starting striker will miss the entire season due to a torn cruciate ligament in his knee. Umar Sadiq had arrived in the last hours of the market at Real with the aim of making up for Isak's loss and contributing the goals that the Basque team sorely needs. It will be Sorloth or Mohamed-Ali Cho who must now take on this challenge.