Formula 1 returns this weekend with the Singapore GP. 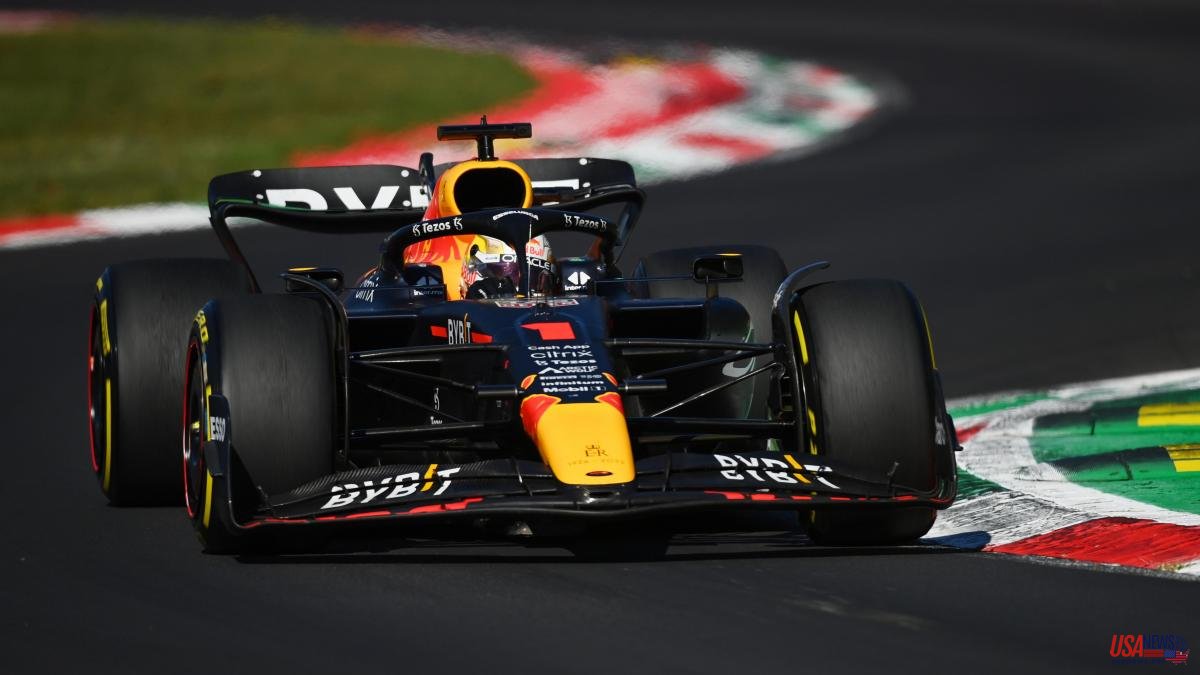 Formula 1 returns this weekend with the Singapore GP. The Great Circus leaves the old continent behind and embarks on a tour of Asia, where the 2022 world champion could already be met.

Max Verstappen (Red Bull), outstanding leader of the championship, will have in his hands the first opportunity to leave the title mathematically sentenced on the Marina Bay street circuit, in the seventeenth grand prix of the year. It will be in an already traditional night race that recovers after two years without being held due to the pandemic.

The race on the Singapore track will take place on Sunday, October 2 at 2:00 p.m. in Spain and will be broadcast on DAZN F1, a platform that can also be accessed through Movistar. The La Vanguardia website will offer live everything that happens during the 61 laps of the race.

Verstappen, 24, had already left the World Cup almost solved by scoring the last race before the holidays in Hungary and did not stop pressing the accelerator after them. After winning three weekends in a row at Spa-Francorchamps (Belgium), in front of his passionate fans at Zandvoort (Netherlands) and Monza (Italy), he raised his number of wins so far this season to eleven .

The Dutchman now leads the World Cup with 335 points, 116 more than the Monegasque Charles Leclerc (Ferrari), with the last six rounds remaining in a contest that ends on November 20 in Abu Dhabi.

In this way, 'Mad Max' has its first 'World Cup ball' in Marina Bay. If he wins and Leclerc does not improve a ninth place in Singapore, the Dutchman would be proclaimed world champion; as long as his partner, the Mexican Sergio Pérez -with numerical possibilities, still-, does not improve a fourth place or finish in that position without setting the fastest lap. It will also be if he wins with the fastest lap, the Monegasque does not improve eighth place and 'Checo' does not get on the podium.

If either of these two premises were fulfilled -and assuming that caution and team orders will avoid delaying celebrations-, it would not matter if Leclerc made an absolute plenary session and then won the remaining five races with a fastest lap; and he added, in addition, the eight 'extra' points awarded by the victory in the third and last qualification through a sprint test, that of Brazil. Verstappen would be champion again, even without scoring a single point in the last five Grands Prix of the year.

Both 'Checo' -third in the World Cup, with 210 points, who this year, by winning in Monaco, raised his F1 win ratio to three-, and the Spanish Carlos Sainz (Ferrari) -fifth in the contest, with 187 units; and that he celebrated his first win in the premier class at the British Grand Prix in Silverstone (England) - they will be very attentive and will not miss the opportunity to score a new success in Marina Bay if the circumstances allow their teams.

The other Spaniard, the two-time world champion Fernando Alonso, will improve in Singapore the historical record of races held in F1 by Kimi Raikkonen, who took the start in 349 races. The double Asturian world champion, who equaled the Finn's mark two Sundays ago in the Lombard temple of speed, will extend it to 350 this Sunday -if nothing bad happens- in Marina Bay.

After scoring ten races in a row, Alonso -ninth in the World Championship, with 59 points- retired in Monza due to an engine problem and hopes that his car "recovers its competitive level" in Singapore, where, after doing it in 2008 with Renault, he won again in 2010 aboard a Ferrari. He will now try to secure fourth place in the Constructors' World Championship for Alpine - which is 18 points ahead of McLaren. That, barring misfortune, he will also score Red Bull -leader, with 545 points, 139 more than Ferrari; and that points to the fifth 'double' in his history, after the four led by the German Sebastian Vettel (between 2010-13).

A track of 5,063 meters, turned -with 23 curves-, which requires a high aerodynamic load and in which free practice will start this Friday. In which, in the dry, they will roll with tires from the softest range of compounds: C3 (hard, recognizable by the white stripe), C4 (medium, yellow stripe) and C5 (soft, red).