Schedule and where to watch Nadal - Auger Aliassime at Roland Garros

The first week of Roland Garros has come to an end and Rafael Nadal has cleared up part of the doubts that he generated on the clay court tour. 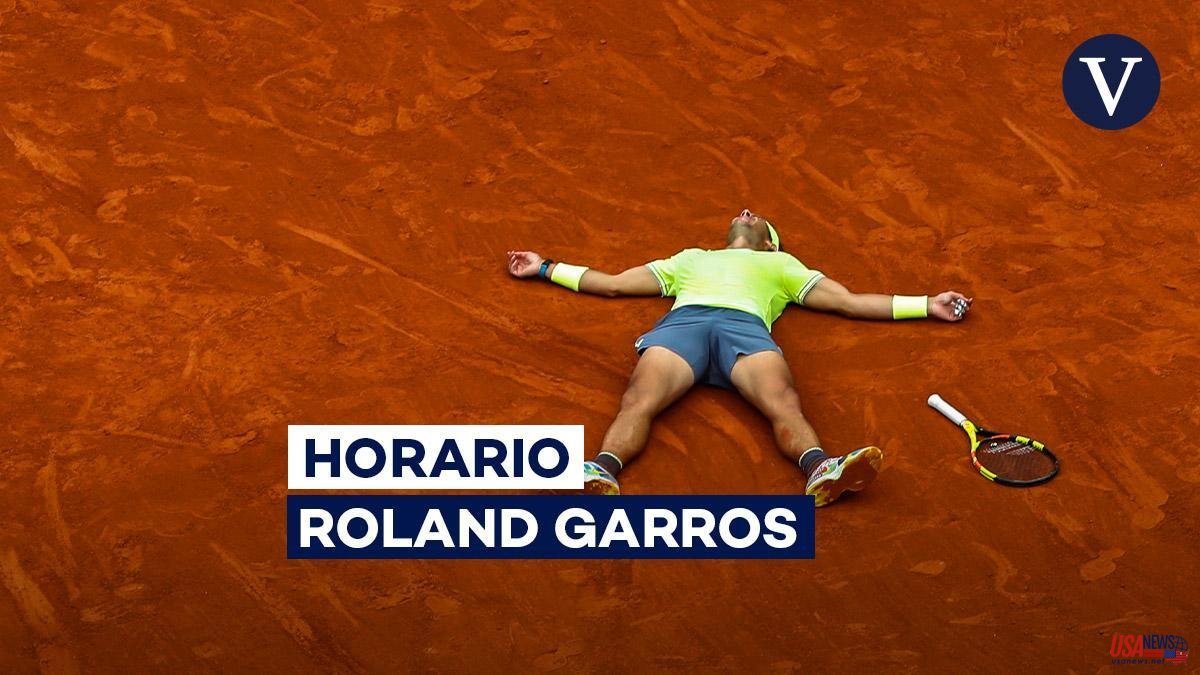 The first week of Roland Garros has come to an end and Rafael Nadal has cleared up part of the doubts that he generated on the clay court tour. The first three commitments, against Jordan Thompson, Corentin Moutet and Botic van de Zandschulp, he overcame them without giving up a set and the sensations on the court are getting better and better.

The great litmus test in Paris comes this Sunday against Felix Auger-Aliassime in the round of 16. It will be the first time that the Spaniard faces the Canadian since his uncle took charge of the young tennis player. The only precedent between the two ended with Nadal's triumph by a double 6-3 at the 2019 Madrid Masters.

The match between Nadal and Auger-Aliassime will be played on May 29 in the third turn of the Philippe-Chatrier, not before 3:00 p.m. It can be followed by Eurosport, through the Movistar and DAZN platforms. The La Vanguardia website will also offer live minute-by-minute footage of the clash.

Nadal is one step away from meeting Novak Djokovic if the two legendary tennis players are able to reach the quarterfinals. Before thinking about the penultimate round, Nadal has to think about Auger-Aliassime, who made it clear in his contract that he would never face his nephew, whom he trained until 2016.

Fourth in the race, the classification that measures the number of victories in a year, without counting the general points, which are attributed based on the results of the previous one, Auger-Aliassime has managed to break the barrier of the top 10 at 21 years of age ( No. 9) and added his first title this year in Rotterdam after eight lost finals.

On the clay court tour, Auger Aliassime has reached the quarterfinals in Barcelona, ​​Estoril, Madrid and Rome. In his debut in the French capital, where he had not won a match in his two previous appearances, he lost the first two sets against the Peruvian Juan Pablo Varillas, coming from the previous phase, before recovering and coming back.

His next two matches were more comfortable, against the Argentine Camilo Ugo Carbelli and against the Serbian Filip Krajinovic, both resolved in three sets.

The Spaniard, who arrived in Paris with less filming than other editions due to injuries, shows a good physical tone while his tennis has been on the rise. Auger-Aliassime will be a good touchstone before, in theory, facing Djokovic, as long as the number one surpasses the Argentine Diego Schwartzman, also that Sunday, although in his case he will jump onto the Suzanne-Lenglen court in the second shift of the day.