Spanish fans will have their hearts divided. 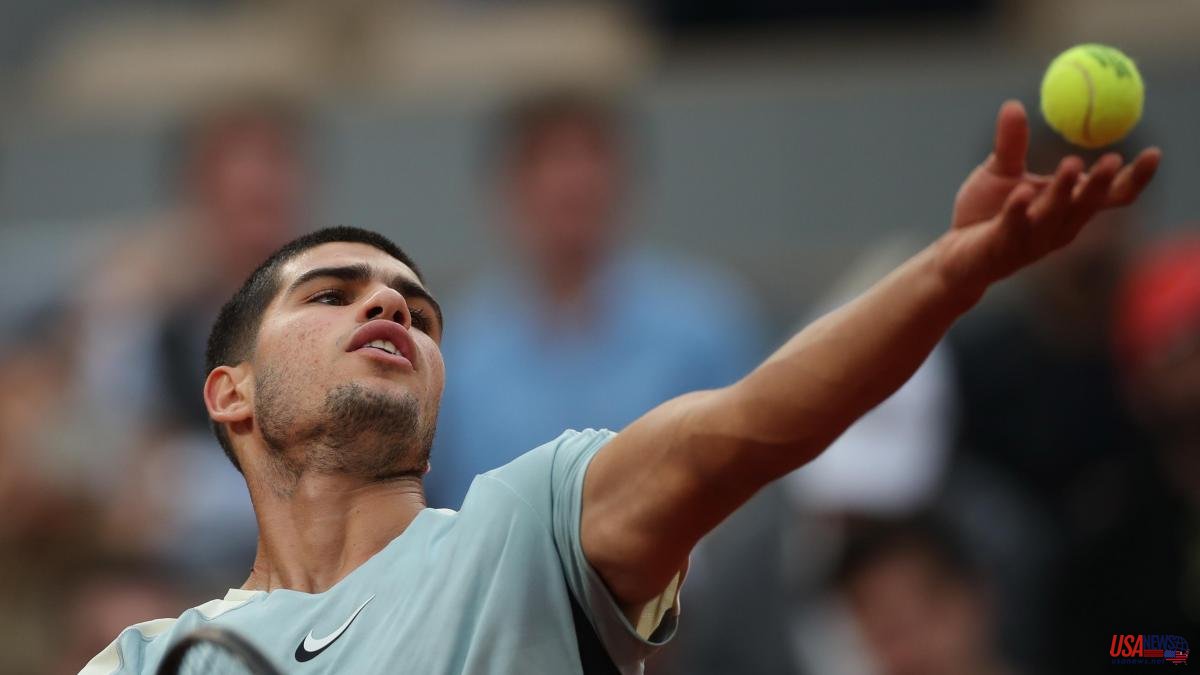 Spanish fans will have their hearts divided. Carlos Alcaraz and Albert Ramos will face each other this Wednesday, May 25, in a match corresponding to the 32nd final at Roland Garros. The 19-year-old from Murcia has already won four trophies in 2022, while the Catalan veteran is experiencing an irregular season.

The match will be the third to be played on the Simonne-Mathieu track at the Roland Garros Stadium in Paris, France, so it will not start before 11:00. It will be seen through Eurosport. You can also follow minute by minute on the La Vanguardia website.

Carlos Alcaraz is living a 2022 of scandal. He became a revelation when he was only expected to make it on the pro circuit, but this was only the beginning. Leaving no time to digest or celebrate his success in Rio de Janeiro, the Murcian began to add victory after victory, title after title —the Miami Masters 1000, the Conde de Godó Trophy and the Mutua Madrid Open—, making his way through the tennis elite. He is no longer even a reality, but a star. He is the sixth best racket in the world.

With 28 wins and 3 losses this season, 'Carlitos' has not known defeat since mid-April, when he fell at the hands of Sebastian Korda at the Masters 1000 in Monte Carlo. Since then, there have been ten consecutive wins against names like Novak Djokovic (1st in the ATP ranking at that time), Alexander Zverev (3rd), Rafael Nadal (4th) and Stéfanos Tsitsipas (5th). In his debut at Roland Garros, he beat Argentina's Juan Ignacio Lóndero in three sets (6-4, 6-2, 6-0).

For his part, Albert Ramos, who became the 17th best racket in the world, arrives in Paris going through an irregular stage. He currently occupies 44th place in the ATP rankings, after a first half of the season in which he has recorded practically the same number of wins as losses (13-12). Although he raised the ATP 250 in Córdoba at the end of January, in Argentina, he arrived at Roland Garros after three consecutive eliminations at the first change.

However, he hopes that the French track will allow him to return to the path of victory that he had begun to travel. In the first round, he already defeated the Australian Thanasi Kokkinakis in a tough match (6-4, 4-6, 6-4 and 7-6 (5)). At 34 years old, the experienced tennis player will seek to correct a beardless 'Carlitos' who is not intimidated by anyone.

Alcaraz and Ramos have already faced each other on two occasions throughout their respective careers and the balance is favorable to the Murcian, who prevailed in both duels. The first heads-up came at the 2020 Rio de Janeiro tournament, when the very young 16-year-old prevailed after three and a half hours of action (7-6 (2), 4-6 and 7-6 ( 2)) in what was his first ATP win. The Catalan offered less resistance in Umag: Alcaraz took the cat to the water in two hours (6-2 and 7-6 (3)) and sealed his pass to the final, in which he raised the first wound of the race of the.

The winner of the heads-up match between Alcaraz and Ramos in Paris will face the American Sebastian Korda or the Frenchman Richard Gasquet in round of 32. His match will also be played this Wednesday, in the fourth round.