Schedule and where to see the Formula 1 Italian Grand Prix

Charles Leclerc finally gave Ferrari a joy at his home, at the Monza circuit, where the Italian Formula 1 Grand Prix will be held this Sunday, September 11. 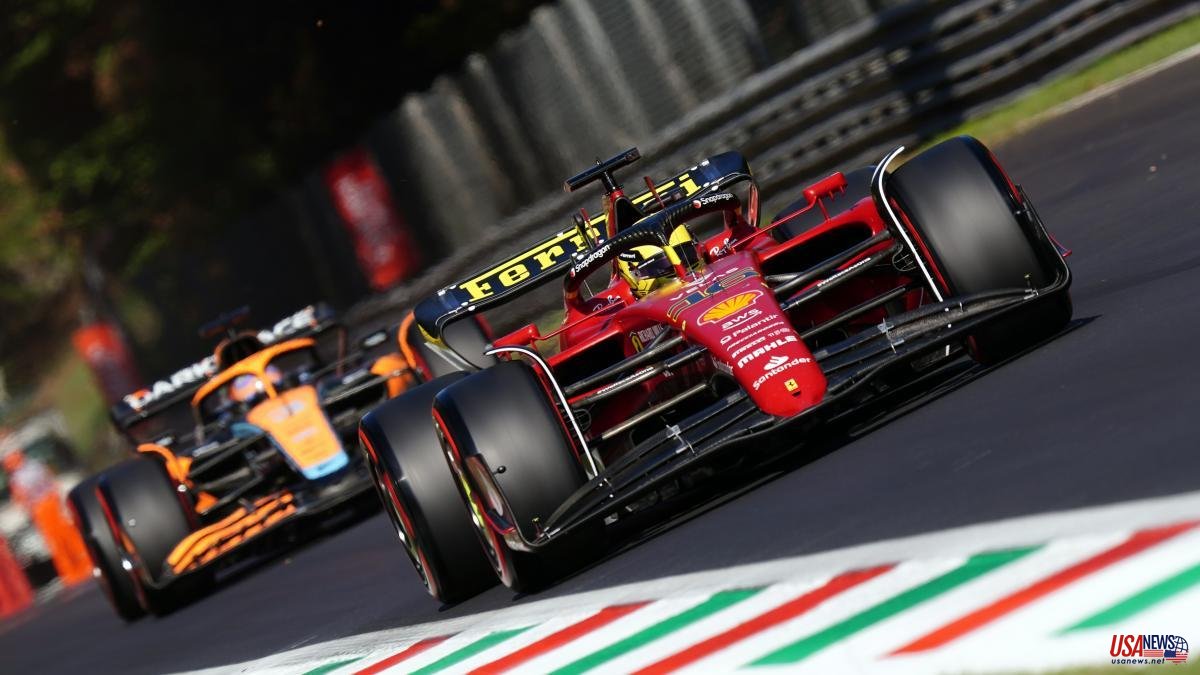 Charles Leclerc finally gave Ferrari a joy at his home, at the Monza circuit, where the Italian Formula 1 Grand Prix will be held this Sunday, September 11. The Monegasque driver of the Italian team achieved pole position and is running as a great candidate for victory alongside Max Verstappen, the ogre of the World Cup.

The race on the transalpine track will begin at 3:00 p.m. and will be seen on the streaming platform DAZN and Movistar, in addition to being able to follow minute by minute through the La Vanguardia website.

After many fiascos this year, mainly due to wrong decisions, Ferrari seems that Monza could enjoy a joy. In addition to Leclerc's first position on the grid, the Spaniard Carlos Sainz will start third, therefore also a firm contender for the podium. But between the two prancing horse will be Verstappen, second in the starting position.

Despite being a territory historically dominated by the Ferrari team, Mad Max is proving this year that it has no rival on asphalt thanks to its driving and, above all, the performance of the Red Bull, the fastest and most reliable racing car on the grid. The Dutchman has won the previous four races, the last one at his 'home'.

Verstappen made the umpteenth demonstration of superiority last week at the Zandvoort circuit, where he again won convincingly ahead of George Russell's Mercedes. With seven races to go, the Red Bull driver leads the championship with a 109-point advantage over Charles Leclerc (Ferrari) and could even become champion at the next round in Singapore depending on the results on the transalpine track.

In addition, the Dutchman will try to get rid of the thorn in Monza that he has had since last year, where he did not finish the test despite starting from first place. Bottas won the sprint race that decided the starting grid order, but due to a penalty for changing engine it was Mad Max who started in the pole position. In the race, the McLaren triumphed against the odds, first Daniel Ricciardo and second Lando Norris.