Novak Djokovic and Nick Kyrgios will contest the men's Wimbledon final on Sunday. 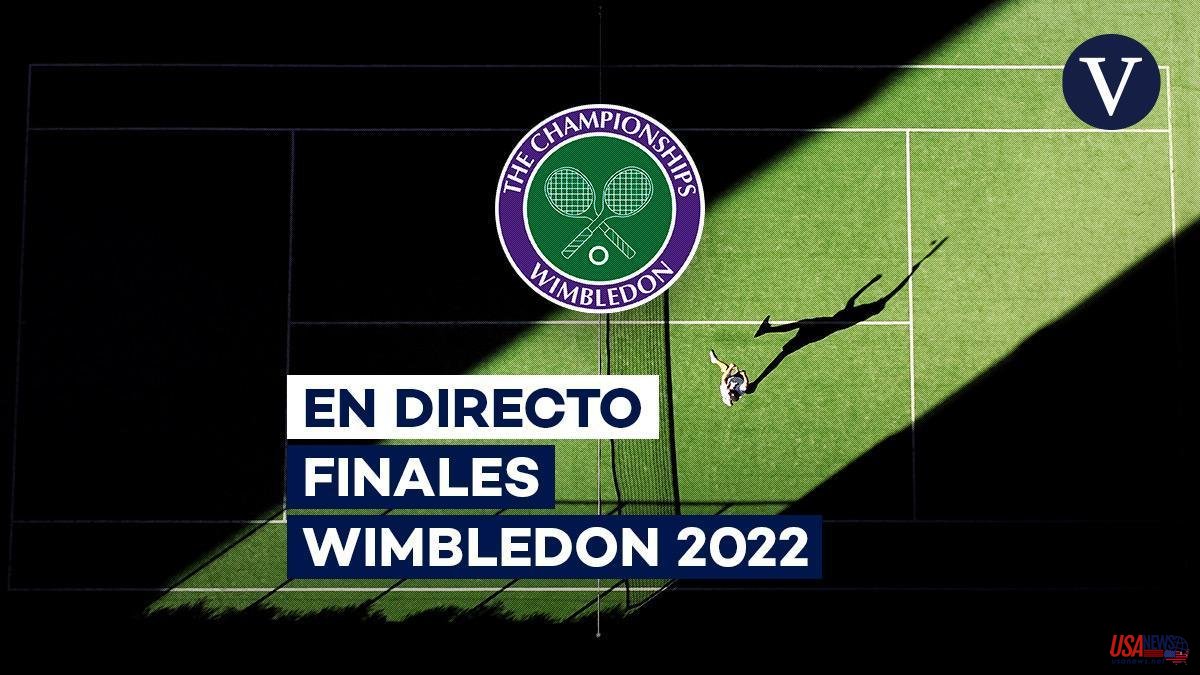 Novak Djokovic and Nick Kyrgios will contest the men's Wimbledon final on Sunday. It will be the first time that both meet in a match with the dispute for a title in between, and it will be nothing less than a Grand Slam final.

While the Serbian tennis player seeks the seventh trophy at the All England Club (the fourth in a row), the Australian is the first time he will have the opportunity to win a major. He had never before surpassed the quarterfinals in a Grand Slam.

The Wimbledon final between Djokovic and Kyrgios will be played this Sunday, July 10 at 3:00 p.m. in Spain and will be broadcast on the channel

Kyrgios said at the beginning of the grass tour that it is a surface on which he feels powerful. He considered that he was among the top five in the world. The time and effort he has put behind it seem to prove him right. The one from Canberra has parked the controversies, he has focused on playing and the results have arrived.

They are without a doubt the best two sports weeks of his life. Rafael Nadal's abdominal injury in his match against Taylor Fritz in the quarterfinals allowed him to access the final directly, avoiding one of the most morbid duels on the circuit.

Kyrgios' path to the final has not been easy and, as always, unpredictable. He has suffered more against minor rivals than against established tennis players. Against the unknown Jubb in the first round he won the fifth set 7-5 and against Nakashima he also needed the last set. Instead, against Tsitsipas, who branded him a "thug", he only gave up the first set.

Djokovic has also had several moments of suffering in an irregular tournament, especially in the quarterfinals. In that round he had to come back from two sets against Jannik Sinner. Only in the second and third rounds did the current number 3 in the world not drop a set.

Kyrgios's unknown is what he will do in the final. Whether he will choose to trust his tennis or throw Djokovic off center, or at least try, with his battles with the judges and with himself.

It may be that neither of the two will work for him, because in front of him will be a man who has won six times here and who has accumulated 27 consecutive wins on these tracks. He is one match away from adding the fourth title in a row, something that, in the Open Era, only Bjorn Borg, Pete Sampras and Roger Federer have achieved.

Despite this, the hope of the Australian are the precedents. In fact, Kyrgios always sticks out his chest saying that Djokovic has never beaten him. The two clashes between the two in 2017 (Acapulco and Indian Wells) fell on the side of the 27-year-old Aussie tennis player, the first man who could win a Grand Slam tournament since Lleyton Hewitt did it for the last time 20 years ago, precisely in Wimbledon.

For Djokovic, 35 years old, it is his opportunity to finally put 21 on his scoreboard and definitively separate himself from Roger Federer, who will be third in the race. He will stay, yes, one title from Federer's eight at Wimbledon and two from Martina Navratilova's record. Also to one of Nadal in the battle to know who is the most successful in history.

History hangs in the balance for him as Kyrgios plays the game that could define his career. "Not so long ago I thought about quitting and now I'm in the final. It's been a crazy trip," said the man from Canberra, who in March this year had the worst ranking of his career (132) since he reached the quarterfinals at Wimbledon 2014 (144).

He will have the public in his favor, because a champion Kyrgios is the great entertainment of the tennis fan, the one that has kept him free from major sanctions by the ATP. If it weren't for the amount of people he attracts, for his colorful game and the drama that accompanies it, nobody knows where the controversial player would be today. "He's a tennis player with great matches. He deserves to be here and I'm happy for him," added Djokovic.