Schedule and where to see the Alcaraz-Khachanov

Carlos Alcaraz continues to act like a world-class tennis player despite being just a teenager. 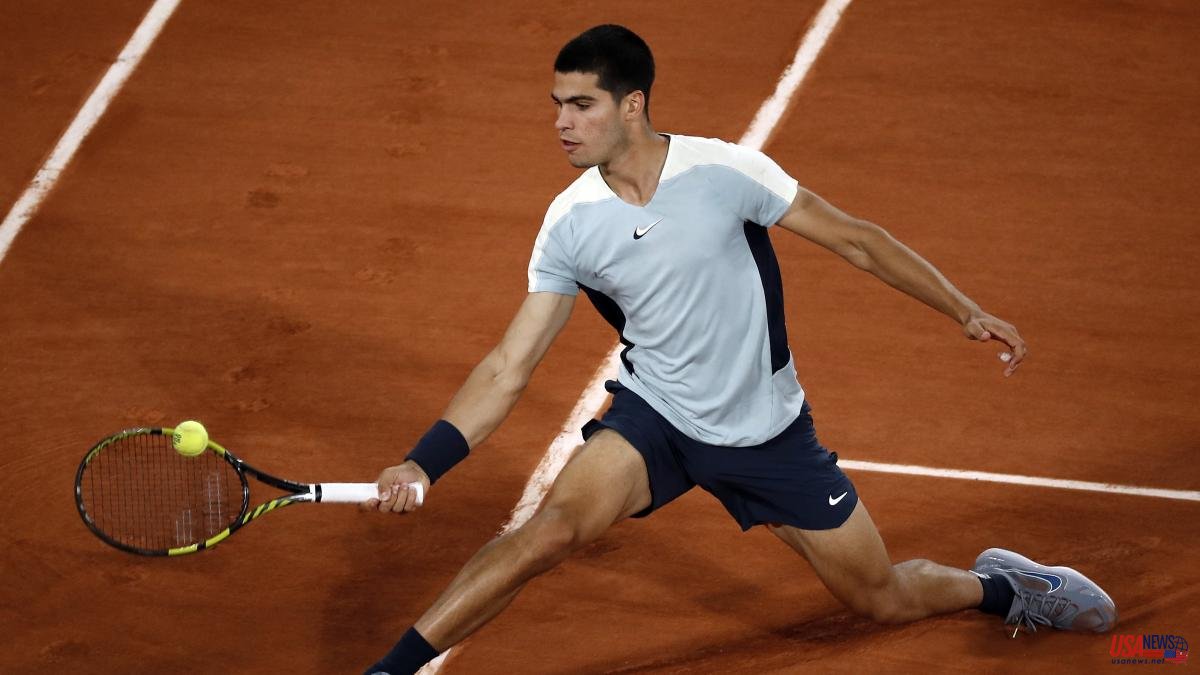 Carlos Alcaraz continues to act like a world-class tennis player despite being just a teenager. The Murcian shortens terms in his progression that for others suppose years of work. At Roland Garros he is showing that he can be one of the favorites for the final victory. In the fourth round he will face the Russian Karen Khachanov, not before 8:45 p.m.

The path of the Spanish tennis player is not exactly rosy. In the first round he defeated José Ignacio Londero in three sets and a relatively comfortable match. The curves came in the next round and in front of a compatriot. Albert Ramos put Alcaraz on the ropes, who had to win the match in five sets and after saving some match point against.

In his last match at Roland Garros he managed to keep another very difficult opponent at bay and defeated Sebastian Korda in three sets, thus taking revenge for the Monte Carlo tournament, where he had lost against him.

Now, he will face another high-level opponent. Karen Khachanov is number 21 in the world and has won all of his tournament matches so far (Nuno Borges, Hugo Dellien and Cameron Norrie) by four sets.

The match can be followed through Eurosport no earlier than 8:45 p.m. In addition, the La Vanguard website will offer live online monitoring of everything that happens at the event.