Schedule and where to see Real Madrid - Girona 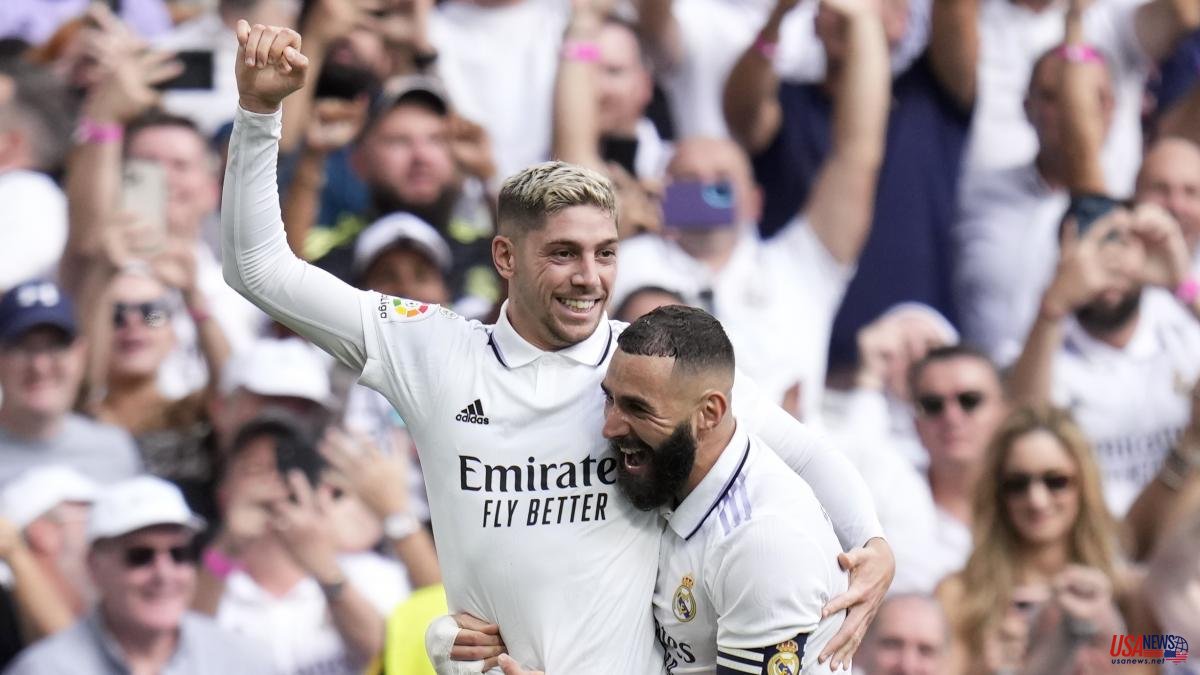 After fourteen wins and two draws, Real Madrid suffered its first defeat of the season last Wednesday. This afternoon (4:15 p.m.) at the Santiago Bernabeu he wants to return to the path of victory so as not to lose the trail of Barça, who beat Valencia yesterday. To do this, they will have to overcome a Girona, recently promoted, and that occupies relegation positions.

The setback against Leipzig forces the Whites to win against Celtic next Wednesday to certify first place in the Champions League group. But before that very important duel they want Girona to pay the piper for their first disappointment of the season. Despite this intention, Carlo Ancelotti will not be able to count on Karim Benzema for the third consecutive game, although he does get Modrid and Valverde back.

Without the Frenchman, Marco Asensio is the strongest candidate to start ahead of Hazard and Mariano. None of the three players have convinced Ancelotti too much, although the Mallorcan's numbers are much better than the rest. “Girona plays well, they have a good offensive disposition because they organize themselves well. I think it's not nonsense to say that we have to defend well because they handle the ball well, ”said the Italian coach about his rival.

The Whites will face a much-needed team that travels to the Bernabeu in search of the three points. "I don't sign the tie. We want to win because the team needs it and a victory would give us joy, motivation and strength," explained Michel Sánchez, Girona coach.

The Catalan team has added two points from the last 18, which has led it to sink in the standings. However, he already knows what it's like to win at the Bernabeu. They achieved it in 2019. With that memory the Catalan team will go to the capital.

The match will be held at the Santiago Bernabeu (9:00 p.m.) and can be followed on television through Movistar LaLiga by Movistar Plus. In addition, the La Vanguardia website will offer online and up-to-the-minute monitoring of everything that happens at the event.