Carlos Alcaraz starts his career at Roland Garros as one of the great contenders for the title. 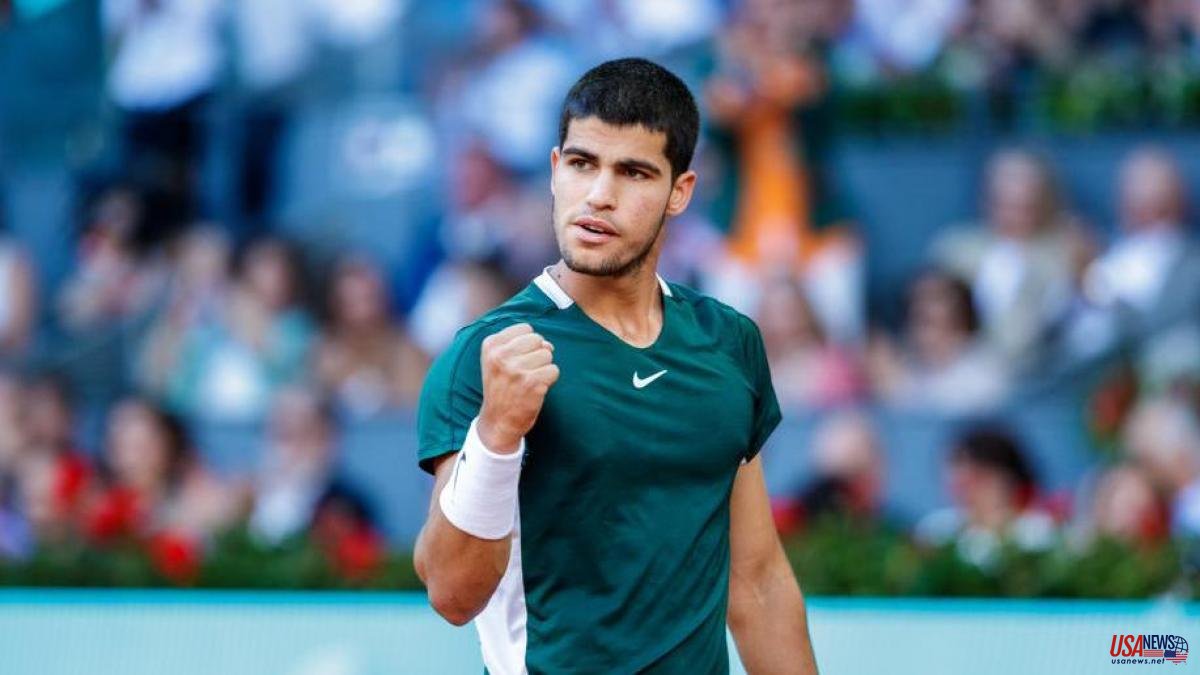 Carlos Alcaraz starts his career at Roland Garros as one of the great contenders for the title. His incredible last few weeks allow the 19-year-old Spanish tennis player to opt to win the first Grand Slam title of his career. Succeeding in the Masters 1000 in Miami and Madrid, with the achievement of the Conde de Godó Trophy in Barcelona, ​​have placed the Murcian in the center of attention.

The number 6 in the world will debut this Sunday on the opening day against the Argentine Juan Ignacio Londero, a 28-year-old tennis player against whom he has never faced and who occupies position No. 141 in the ATP ranking. Londero comes from the previous phase as a lucky loser and a priori should not be a rival for the Spanish.

The match between Alcaraz and Londero will be played on May 22 in Paris at the Philippe Chatrier. It will be the fourth and last match on center court, so their duel will not start before 5:00 p.m. It will be broadcast by Eurosport and the minute by minute can be followed through the La Vanguardia website.

The freshness of Alcaraz is a breath of fresh air on the circuit. He will now have to show that he is prepared to take over the Big Three in one of the four majors. Without Roger Federer, still injured, Novak Djokovic and Rafael Nadal will be the great rivals to beat.

The Serbian tennis player showed signs of recovery in Rome after a first part of 2022 to forget. For his part, the man from Manacor arrives with many doubts at his favorite tournament, although he also did it in Australia and became the most successful male tennis player in history. Nor should we forget Stefanos Tsitsipas, champion in Monte Carlo and finalist in Rome, and Daniil Medvedev, although his physical condition after missing almost the entire clay court season casts many doubts.

Become one of the sensations of the tournament, the Roland Garros organization already announced on Friday that its premiere would be next Sunday against a rival from the preliminary phase. Londero has played eight games on the ATP circuit this season, with four wins and four losses.

He will arrive shot after playing three games of the previous phase. He defeated the Kazakh Dmitri Popkó, the Swiss Dominic Stricker and fell against the Croatian Borna Gojo. However, he has been one of the lucky ones in the draw and enters the draw thanks to last-minute casualties. In his record, Londero has a single title to his credit (Córdoba, 2019).

The game of the number 6 in the world will be one of the highlights of the opening day, along with that of the German Alexander Zverev, third racket in the world. Among the Spaniards, Alejandro Davidovich, finalist in Monte Carlo, begins his adventure against the Dutchman Tallon Griekspoor. Carlos Taberner will face Croatian Borna Coric; Jaume Munar, against the German Daniel Altmaier; and Albert Ramos against the Australian Thanasi Kokkinakis.

Garbiñe Muguruza will also debut in the women's draw against Estonian Kaia Kanepi. The Hispanic-Venezuelan hopes to turn things around after a disappointing tour on clay.

Caprices of the draw, Djokovic, Nadal and Alcaraz, the three main favorites, have been paired in the same area of ​​the table, so only one of them can reach the final.