Óscar Pereiro: "You win the Tour, and then?"

The platoon is unbearable. 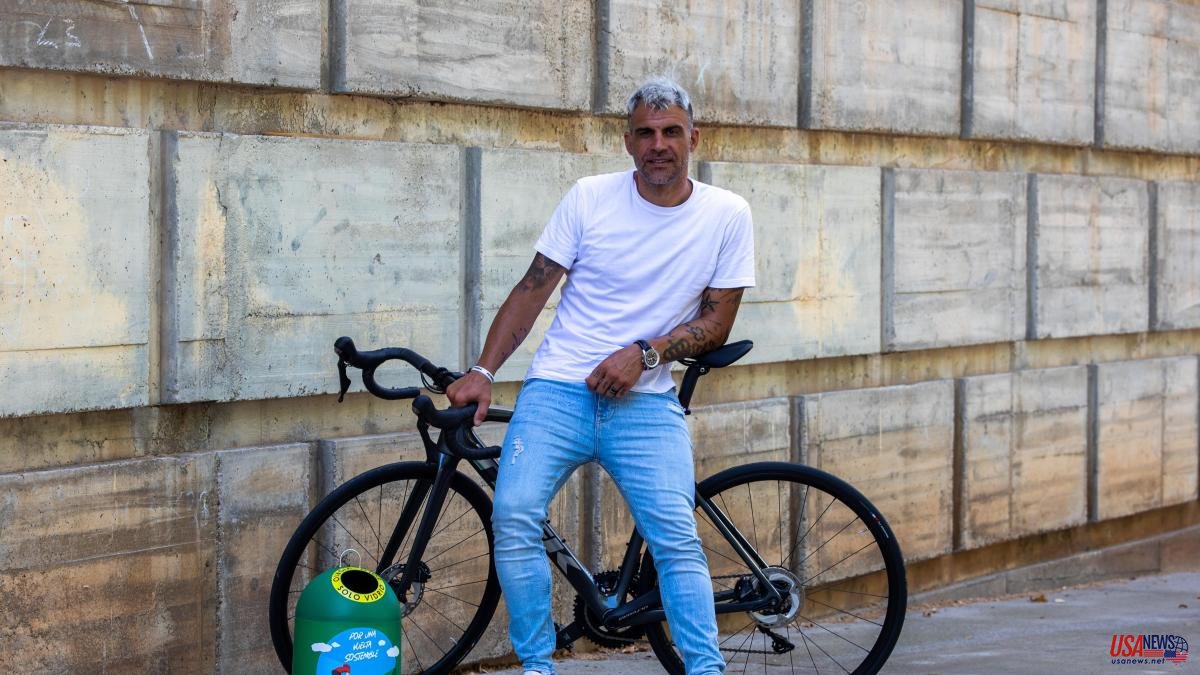 The platoon is unbearable.

I fear some prank

‘The soledad of Anquetil’, Paul Fournel

How lucky I had been that night, blessed my profession.

It was the fall of 2007 and that was a Catalan sports gala and among my five table companions were Luis Enrique (he had barely made his way as a coach yet) and Óscar Pereiro.

I was 30 years old and I was touching the sky.

His soap opera had ended well: sports justice had confirmed the positive for Floyd Landis and the American had been disqualified from the 2006 General Tour. Pereiro, second until then, was going to keep the yellow jersey.

That night, Pereiro had been recounting the epic to us, although, he himself told us, cycling was not everything to him. He trained with the Coruxo Fútbol Club (then in 3rd) and ran half marathons. At some point in the talk, he had joked with Luis Enrique:

–Well, nothing, I beat you, I almost lost 36 minutes –replied Pereiro.

There were reproaches and laughter.

-What I want, when all this is over, is to continue in this bubble of sport. I would like to be a commentator, to continue being someone recognized.

Fifteen years later, I have sat with Óscar Pereiro on a bench in Montjuïc. And as we recapture that night in 2007, I ask you:

Do you think you now have what you were looking for then?

I have that and more. I am a commentator and talk show host on radio and television. And I represent brands. For example, I try to ensure that Ecovidrio's sustainable message gets through.

I am a lucky guy. If I asked an active cyclist what future he wants, he would surely say: 'something like yours'. This may sound ugly, but it is a very nice thing to continue to be recognized when your sports career is over.

– Is elite sport a trap?

-When you are elite, you do not think that life is much longer. You think you'll live off the rent and you make a movie that isn't real: if you have a bunch of friends who don't do anything, then it's nice. But in general, people are busy and cannot accompany you. How do you fill your time then?

-I repeat, is being an elite a trap?

– It can confuse you. You put your body at risk, let's see how Rafael Nadal ends. Martín Fiz also hurts everything. And your life is surreal: you live a meter above the rest, you get invited to restaurants, girls chase you, they give you bicycles, the physio offers you treatments. Upon landing, either you focus or you lose. How do you keep up with that economic pace of life?

-He has seen misfortunes...

–I haven't seen some of them in years and, when I meet them again, I discover that they are having a hard time finding their place.

(Pereiro had been 10th in the Tour in 2004 and 2005 and would also be in 2007; he was a combative and vehement cyclist who defended himself in the mountains and tried his luck in breakaways)

-The delivery of the jersey was my liberation. The pity is that they had given it to me thirteen months after the podium in Paris, and it had been in a cold place, an office of the CSD. And through it had lived an agony. The news danced: they gave it to me, they didn't give it to me... Landis had hired a sheikh to manipulate evidence. And I trained poorly. Shortly before the 2007 Tour, when the matter had not yet been resolved, Eusebio (Unzué) told me: 'Either you focus or you don't go to the Tour'.

–Actually, that process made me better known: it lasted a long time. If I had won the Tour in a conventional way, the pressure would have been different, much greater. I have always been clear that my position was between 5th and 10th. In fact, I never raised false expectations. I knew I would never win it again. So it wasn't easy for me to train either. If at the age of 28 you win a Tour and you know that you will not improve it, how do you go out on the road afterwards?