Once can be chance. 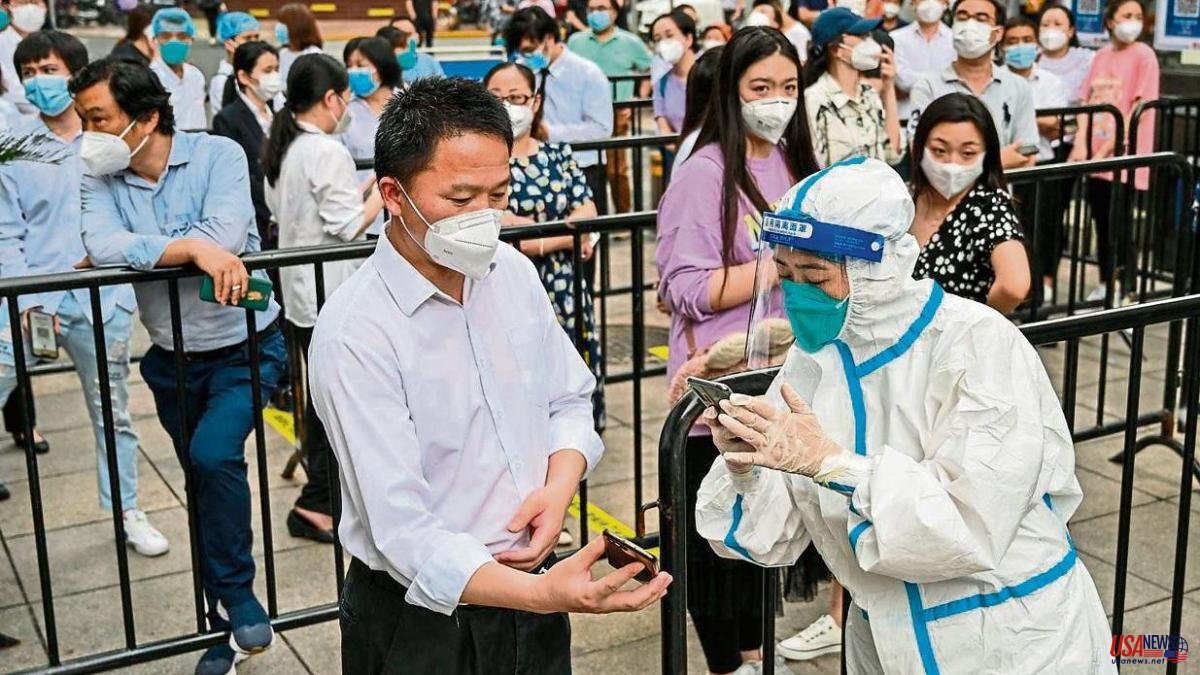 Once can be chance. Two, coincidence. But in China, all alarms went off last week when numerous customers of struggling banks saw how, without being infected with coronavirus or coming into contact with any positive, their health QR codes suddenly turned red when they tried to protest to recover their money from accounts frozen by financial institutions. A suspicious change after which they soon glimpsed the hand of the local authorities, who by trying to avoid problems in their territory achieved just the opposite effect.

The affair dates back to April, when customers of four rural banks in Henan province found themselves unable to access online banking services after their largest common shareholder, Sun Zhenfu, absconded into be investigated for “serious financial crimes”. Since then, those affected have gone to the branches to try to withdraw their money without success, which provoked protests like the one on May 23 in the provincial capital, Zhengzhou.

Some of those affected, who would exceed half a million people in total, had planned another mobilization in the city for last Monday. However, the scandal was precipitated when upon arrival in Zhengzhou – or even before setting off in some cases – several of them had the health QR code on their mobile phones changed to red, which immediately prevented travel to other territories, access public places or get on trains or buses.

In a now-deleted Wechat account, a woman surnamed Ai recounted how, after checking into a hotel in the city, a group of policemen came to ask her what she was doing there, to which she replied that she wanted to withdraw her money from the bank. Shortly after, she discovered that her health code had turned red despite having tested negative for covid in the previous 48 hours. She was immediately transferred to a quarantine hotel.

For its part, the Sixth Tone medium interviewed more than a dozen people who claimed that their IDs turned red after scanning their cell phones in the city. “We have reasonable and legitimate claims, but they use code red to restrict us. [The policemen] told us that they will turn green when we leave, and until then we must stay at the police station,” one of them, Wang Jin, complained.

The matter has even affected some relatives of the affected clients. A woman who lives in Zhumadian, about 200 kilometers from Zhengzhou, said that her father has money frozen in one of the banks and recently went to the city to try to get an explanation. Upon her return, her code turned red, causing all family members to end up in quarantine.

That display of power immediately unleashed a strong debate on social networks about how local authorities have appropriated a tool designed in principle to protect public health for political purposes.

The well-known former editor-in-chief of the nationalist Global Times newspaper, Hu Xijin, stressed that local governments should not employ the codes for any use other than pandemic prevention. If that happens, he warned, it would be "a clear violation of covid prevention laws and regulations" and could jeopardize "the credibility of the system and public support," he wrote on Weibo, the Chinese Twitter.

Since the pandemic began and China implemented its technological and code tracking system – green, yellow and red, like traffic lights – numerous foreign human rights groups have warned of the possibility that it is being used to repress or prevent the movement of migrants. dissidents. There have been some sporadic complaints, such as that of the human rights lawyer Xie Yang, who last November denounced that his green identification changed to red before taking a plane to visit the mother of an imprisoned blogger.

But the Henan case far outweighs any other case. Given the media coverage, the central authorities ordered the disciplinary forces to carry out a thorough investigation into what happened. On Wednesday, they reported that there were a total of 1,317 people affected by these illegal modifications and that five local officials in charge of "social control" have been sanctioned, of which at least one has been fired. However, some of the victims criticized the lightness of these sentences since they consider that they seriously abused their power to violate their rights. "We want politicians to be punished, but for now the punishments have been too light," complained one of those affected.