Scaloni: "Messi is fine, he doesn't have any problem"

The coach of the Argentine team, Lionel Scaloni, stressed that his team depends entirely on itself to qualify for the round of 16 in Qatar 2022 and pointed out that Leo Messi is in perfect physical and mental condition. 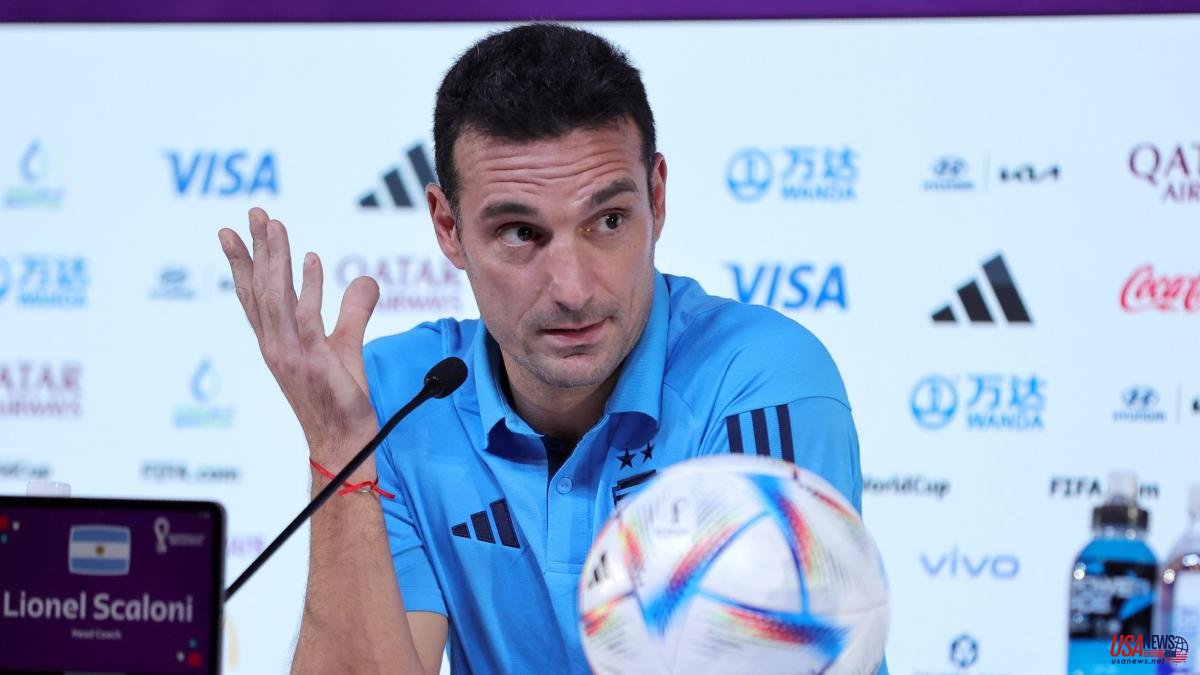 The coach of the Argentine team, Lionel Scaloni, stressed that his team depends entirely on itself to qualify for the round of 16 in Qatar 2022 and pointed out that Leo Messi is in perfect physical and mental condition.

"It is normal for a rookie to feel the typical stomach aches when representing a team like Argentina that is different from the rest of the teams. It is not the same to debut in a World Cup with the Argentine team than with another. Leo is fine. He knows that it is an important game and the youngest know that the cards are on the table and that everything still depends on us," Scaloni insisted.

"People know what this group has given and what it is going to give. We have an important game and we know it. Luckily it depends on us. We are going to give everything and we have to trust because a setback cannot tarnish the path we have traveled ", said Scaloni who recognized that there will be some change in the eleven against Mexico.

"A game can be lost but the issue is how you get up. As a footballer I was like that, my best virtue is that I always went forward," he recalled.

"Mexico is a very good team with a very clear idea of ​​the game. They have offensive football and a great coach. But we have a way of playing and we don't have to negotiate beyond a blow like the one the other day. It's a game of football with all the responsibility that there is an entire country that hopes that we will do well. This team is going to leave everything until the last minute to turn the initial situation around. We have to play the games and show that we are in good shape", he highlighted .

"We are already thinking about Mexico, which is a different game from Arabia, although we are not going to change our way of playing. We have to turn the page and think that we have to win. We are going to end up defining possible changes in training that remains, but our way of playing will be the same," said Scaloni, who does not believe that Mexico will change its way of playing.

"Emotionally, beyond the first day that is the one that affects, the reaction is immediate. When you receive a blow, two or three what you have to do is get up. And this team gets up. We are going to look for alternatives to our game, which There is some variant, we will decide it in this training session and we will define the team but with the same way of playing", he commented.

Argentine forward Lautaro Martínez also appeared at a press conference before tomorrow's game against Mexico, who acknowledged that the defeat against Saudi Arabia was an unexpected blow: "It was a hard blow, for the moment and because of how we came and it had been a long time since We had to experience this situation but we are a strong group that has already overcome adversity. Now we have to remain calm. In a World Cup there is no time. We think about winning, which is what will allow us to continue dreaming," he said.

The Inter attacker assures that this defeat is over and that they are going with everything against Mexico: "It will be a final for us. We have to win because it is important for our future. We are calm. We have mourned the game that happened and We are already thinking about Mexico a day and a half ago. We are going to go out and represent Argentina as it should and as we have done so far," he said.