Lionel Scaloni, vilified at the beginning of his time as Argentina coach, is today a hero in his country. 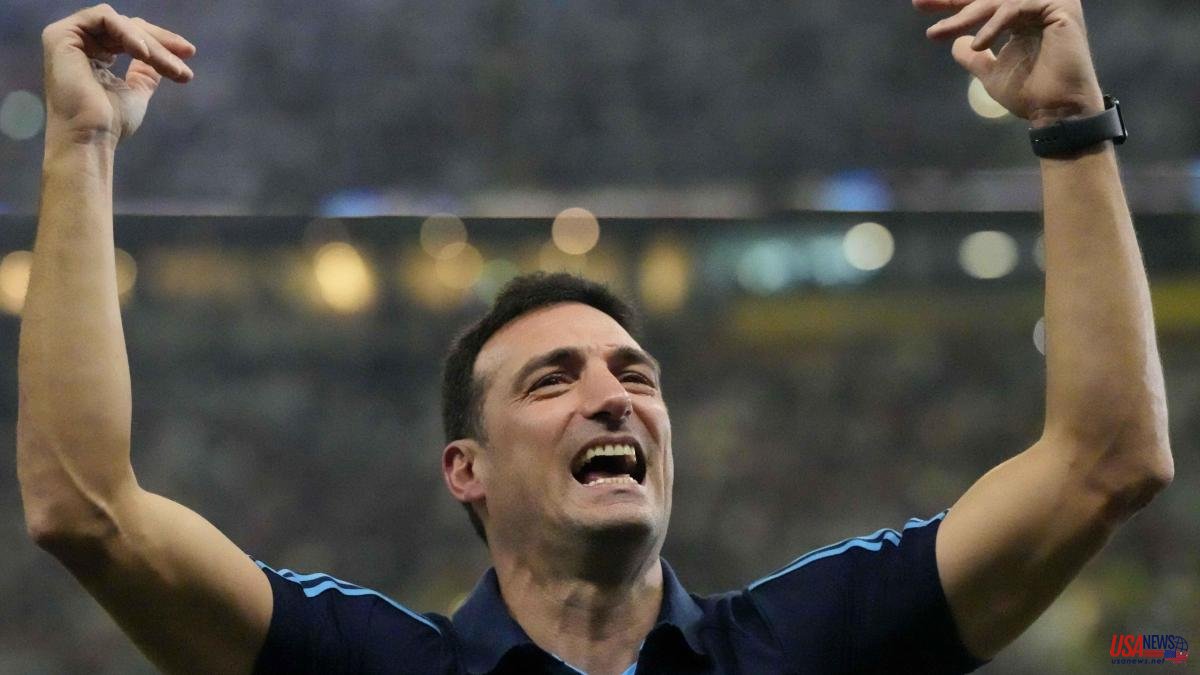 Lionel Scaloni, vilified at the beginning of his time as Argentina coach, is today a hero in his country. His management has led the albiceleste to their third world championship title. A star worked more than any other in one of the most dramatic finals on record.

From the ashes of the Sampaoli team that he collected in 2018, Scaloni managed to build an almost indestructible machine until he made it champion. The dream that millions of Argentines had been waiting for since 1986. With Leo Messi as the standard-bearer with 35 very well-cared years. With key pieces played like Di María. Giving prominence to young talents, such as Enzo Fernández or Julián Álvarez. And trusting in the team, in the Otamendi, Dibu Martínez, McAllister or De Paul, as the basis for a victory that is already football history.

The emotion with which he lived the previous games was transformed, after the victory, into liberation. "I'm proud," said the coach just minutes after the game. “I am less excited than other days, but today I am free. This team only makes me proud, it's all theirs". The suffering of Scaloni and his coaching staff, Aimar as an example, is finally over. "I want to tell people to enjoy because this is a historic moment", he awarded the Argentine coach.

"In the ninety minutes we were not lucky. We had a great match and the feeling now is the best. It was not in my plans, at least, to be world champions and the most important thing is the way we did it and I think that we are fair winners", assured Scaloni.

"I think the cycle is good. I think we should have won the game, also in extra time, but the team's spirit of not giving it up, of recovering from the sticks of France and we continued, continued, continued and we had to give," he said firmly.

"What I have been saying in the press conferences and I am not going to change it. This team of players play for the people, for the fans, there are no egos, there are no individualities, they shoot for the national team, for a country. These guys are "They gave their best. They have won the title because they have understood how to do it on the pitch. We were deservedly champions, even if it was on penalties. We played a very complete game", he confirmed.

Scaloni's career began in an excellent way. Few could imagine that a coach with almost no experience as a head coach would achieve something that so many had tried before without success. From Bilardo, eleven coaches, including Maradona, Basile, Pasarella or Bielsa, had led the albiceleste without achieving the great cup, which awaited Scaloni, Messi and his boys.