Football was not fair to Saudi Arabia, braver and with a better game than Poland, who found victory above all thanks to their goalkeeper Szczesny, who saved a penalty among other decisive interventions. 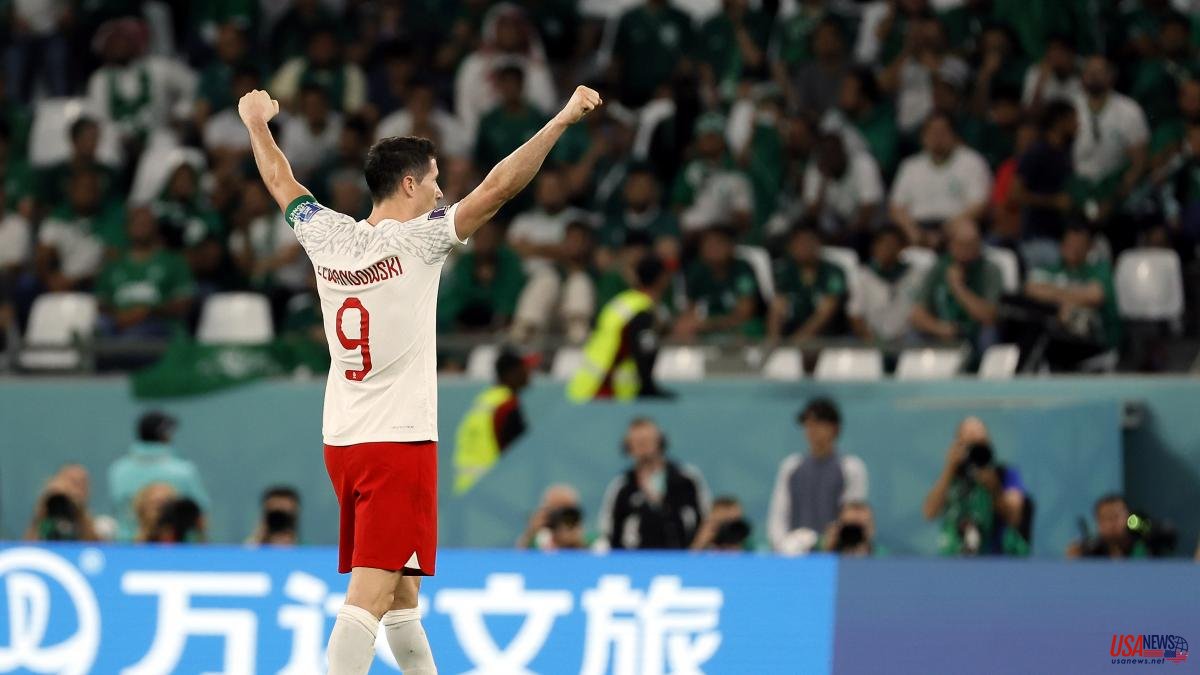 Football was not fair to Saudi Arabia, braver and with a better game than Poland, who found victory above all thanks to their goalkeeper Szczesny, who saved a penalty among other decisive interventions. Protected by their goalkeeper, the Poles caught the victory because after all they were better in the areas.

Robert Lewandowski put an end to his jinx at the World Cups and scored in the fifth game he has played in this competition, three in the previous World Cup and two in this one. The Barcelona striker had a very fighting performance, more lucid in the second half in which, in addition to his goal, he hit the post once and the Arabian goalkeeper refused to extend his account further. After scoring his first goal, the 2-0 that sentenced the match, Lewandowski began to cry.

Arabia, which had already caused a surprise by beating Argentina on the first day, also played without complexes against Poland, who needed the victory more because they had just drawn against Mexico. It was immediately shown that if there is a team that is playing with intensity in this World Cup, it is the Arabia coached by Hervé Renard.

Arabia was especially superior in the first half, in which it was a gale of play that passed over Poland. The Poles were also lucky with the referee who forgave them a very clear second yellow (if it wasn't a direct red to Cash) that would have left them behind in the first half.

After Arabia wasted good chances, Poland found their goal in minute 39 thanks to Zielinski assisted by Lewandowski. The 'green hawks' did not give up in their efforts and before the break they ran into a penalty awarded reviewed by VAR. Not even in that were they lucky because Szczesny doubled over to stop both Feras's shot from eleven meters and Al Burayk's subsequent rebound, this one in another stop with great reflexes.

The second part also had a lot of rhythm and was somewhat more even. Arabia searched for an equalizer at all times, but Poland defended well in their area, almost getting under the goal, and Szczesny intervened on two other clear scoring chances.

However, Poland also showed their teeth and was able to make it 2-0 with two sticks, one from Milik and the other from Lewandowski, who was still stuck with the goal.

Eight minutes from the end, in an error by Arabia, Lewandowski stood before the Arab goalkeeper and finally scored his goal. His companions ran to hug him. The drought was over. Poland had won the match and are still very much alive. In his last game he came across none other than Argentina.