LONDON -- The LIV Golf series was launched on Thursday. 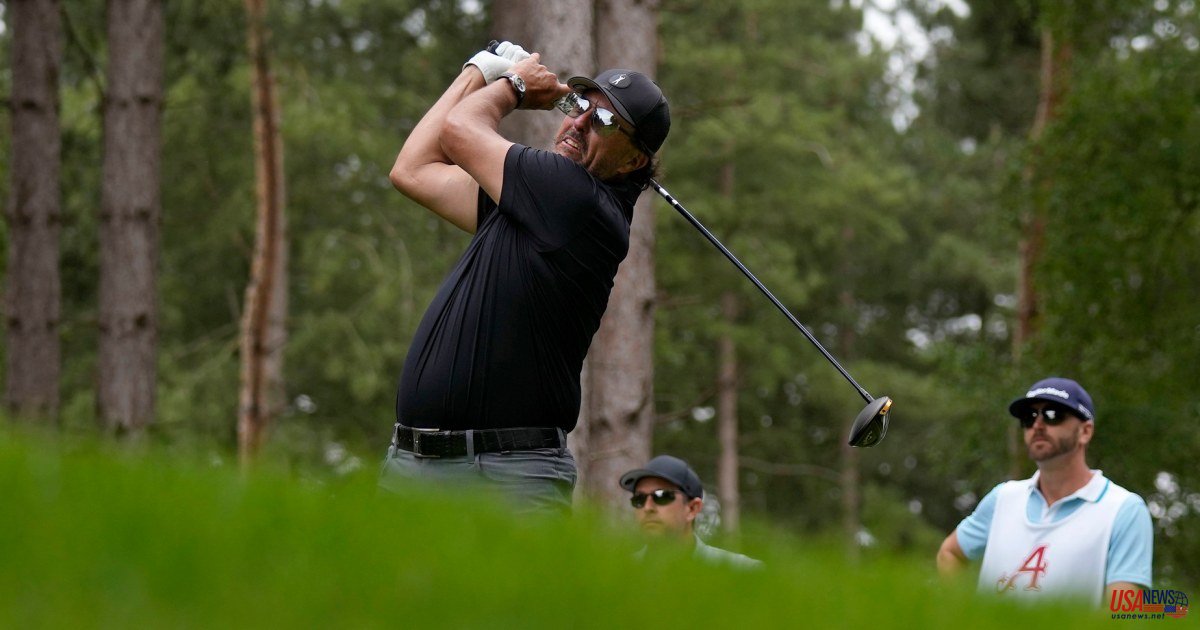 LONDON -- The LIV Golf series was launched on Thursday. It looked just like any other major tournament. However, a geopolitical cloud was hovering above the stars and rolling greens of LIV Golf.

The inaugural event featured the likes of Dustin Johnson and Phil Mickelson. This rebel tour was financed by Saudi Arabia. They teed off at St. Albans' unassuming Centurion Club, but each swing resonated far beyond the London commuter town.

The PGA Tour announced that it would suspend all breakaway players within a matter of minutes after the first shot. In a memo to members, Commissioner Jay Monahan stated that these players had made their decision for financial reasons.

The LIV series is more than a challenge for the established golfing system. It's Riyadh’s latest attempt to gain international influence and prestige, while also rehabilitating a reputation that was damaged by human rights concerns and Jamal Khashoggi's murder.

The same Public Investment Fund now supports the lucrative LIV golf franchise. It aims to challenge the established PGA as well as inject some excitement and fun into a sport many consider quaint, but which still retains many Victorian roots.

LIV Series has a different format than the PGA. It features 12 teams, 48 players, and 54 holes per event (LIV stands for 54 in Roman numerals). On Thursday, a sparkling sign was posted at the Centurion club's "fan village", stating "Welcome To the Future."

Reports claim that players were offered large sums of money to join LIV events. Each LIV event has $25 million in prize money, more than the $20,000,000 for the PGA Tour's flagship tournament. The winner will receive $4 million while the last-place player will earn $120,000.

Some of the most loved and respected names in golf are now struggling to answer difficult questions due to Saudi funding.

Mickelson had spent four months away and was not able to confirm or deny that $200 million had been offered to him to join the LIV series.

Mickelson stated, "I don’t condone any human rights violations at all." Mickelson apologized for remarks he made to an unofficial biographer about the Saudis being "scary".

Graeme McDowell is a former U.S. Open winner from Northern Ireland. He said he found Khashoggi's murder "reprehensible", but was still happy to be a part of the tournament.

He said, "If Saudi Arabia wishes to use golf as a means for them to get there they want to go, I think it's a proud thing to help them on that journey."

LIV Golf has been contacted by NBC News for comment.

These questions are not only for sports, but all of them.

Next month, President Joe Biden will travel to Saudi Arabia and meet with Crown Prince Mohammed bin Salman. This is a significant change after vowing to treat Saudi Arabia as a "pariah", and comes amid rising gas prices following Russia's war in Ukraine.

Ari Fleischer was White House press secretary during George W. Bush's tenure. He hosted the news conferences for the LIV tournament in the lead up to Thursday's launch. Two of the eight LIV events will be held on courses owned by former President Donald Trump.

While the kingdom is trying to follow Qatar and the United Arab Emirates who both invest in sports teams and tournaments respectively, experts warn that Saudi Arabia's recent history of human rights violations could jeopardize any reputational gains.

Sebastian Sons, a researcher with the Center for Applied Research with the Orient in Bonn, Germany, said that Saudi Arabia is still at the beginning of its "soft" foreign policy. It tries to do the same things as Qatar and UAE, but Jamal Khashoggi's murder will make it extremely difficult for Saudi Arabia to improve its image through sports events.

Adam Coogle is the deputy director of Human Rights Watch for Middle East. He stated that instead of establishing the rule and law in the country, and a professional legal structure, and ending the horrible due process violations, and stopping people being arrested peacefully, you spend massive amounts of money getting essentially many celebrities and athletes to associate you.

The country, like many Gulf states, is going through a long-term transformation. It plans to make 10% of its national income from tourist by 2030, an increase from the current 3 percent. Experts believe that sports is a key part of this transformation. It helps to attract foreign investment as well as provides jobs for young people with high unemployment.

Simon Chadwick, professor and director at the Emlyon Business School in France, stated that "on the one hand I don’t believe it’s principally involved in what it’s doing for the purposes sportswashing."