Many female voices make up the special program for the Christmas parties at El Maldà. 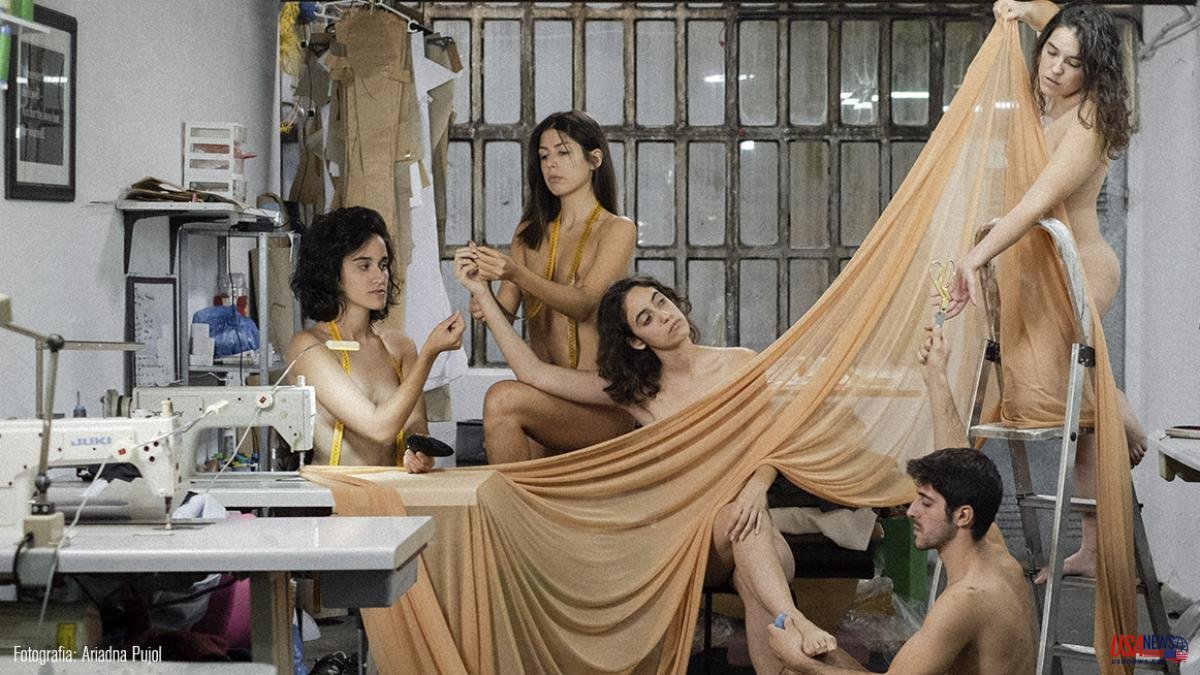 Many female voices make up the special program for the Christmas parties at El Maldà. Among them, some are younger and others more experienced, but they all come with the intention of claiming something: that women's lives have some added complications for being women.

In this way, the collective creation company Fac-òF presents Divina de la mort, a light and cheeky cabaret with which they intend to reflect on the aesthetic canons and the pressures to which they are subjected, especially women, to try to fit in in rigid and arbitrary molds. Four actresses and one actor, under the direction of Juanjo Cuesta, stage a series of gags, accompanied by music and choreography, to show how ridiculous it can be to try to follow the hegemonic beauty stereotypes and which, surely, bring us more bitterness what joys

"The idea arose from a personal experience I had with the costumes for a play I was working on," explains one of the members of Fac-òF, "I realized that they required me to have more chest than I had and I found it profoundly absurd and unfair." When she shared her experience with her colleagues, they all empathized with her because they had also suffered similar experiences. "Thus, we decided to write Divina de la mort, to ridicule these external pressures that can greatly affect our mental health," the company emphasizes.

The cabaret is presented in a fresh and casual way. However, the director of the work, Juanjo Cuesta, affirms that there is a clear political discourse in the background. "Talking about gender discrimination is always political, even if we do it between humorous gags, musical numbers and sparkles," he explains.

Divina de la mort can be seen in El Maldà from November 30 and will last until December 23.

On the other hand, The Feliuettes, the company of Maria Circi, Laia Alsina and Laura Pau, continues with its vocation of paying tribute to the legendary Catalan singer, Núria Feliu, with the work Ja us he reconegut. "We want people to overcome the stereotype of a converging aunt when they remember Núria Feliu. Truly, she was a woman who lived as she wanted, without marrying and without having children, and who never gave explanations for her lifestyle," explain the members of the company.

Ja us he reconegut is a concert with three female characters who display all the facets of the "Feliu universe", according to the protagonists. With this excuse, The Feliuettes continue with their first theatrical proposal that began in 2015, where they include their favorite songs from the singer's entire repertoire, with more pop touches and songs for three voices thanks to arrangements by Gerard Sesé.

This peculiar universe of Núria Feliu can be seen for only three days, December 4, 11 and 18, in El Maldà.

Finally, the Maldà theater could not do without a show considered "mythical" by the organization during these festivities. These are the NADALES of Iban Beltran, Carles Pedragosa and Josep Pedrals. This initiative aims to celebrate the traditional Christmas songs while the musicians want to rethink how we understand the holidays in the 21st century.

Les NADALES will be able to listen and participate in them on December 27 and January 8.

This is how the Christmas program of El Maldà is presented, with three different proposals, but which share music, political demands and also reflections on the oppressions that women experience.