If everyone fought for their own convictions, there would be no wars. 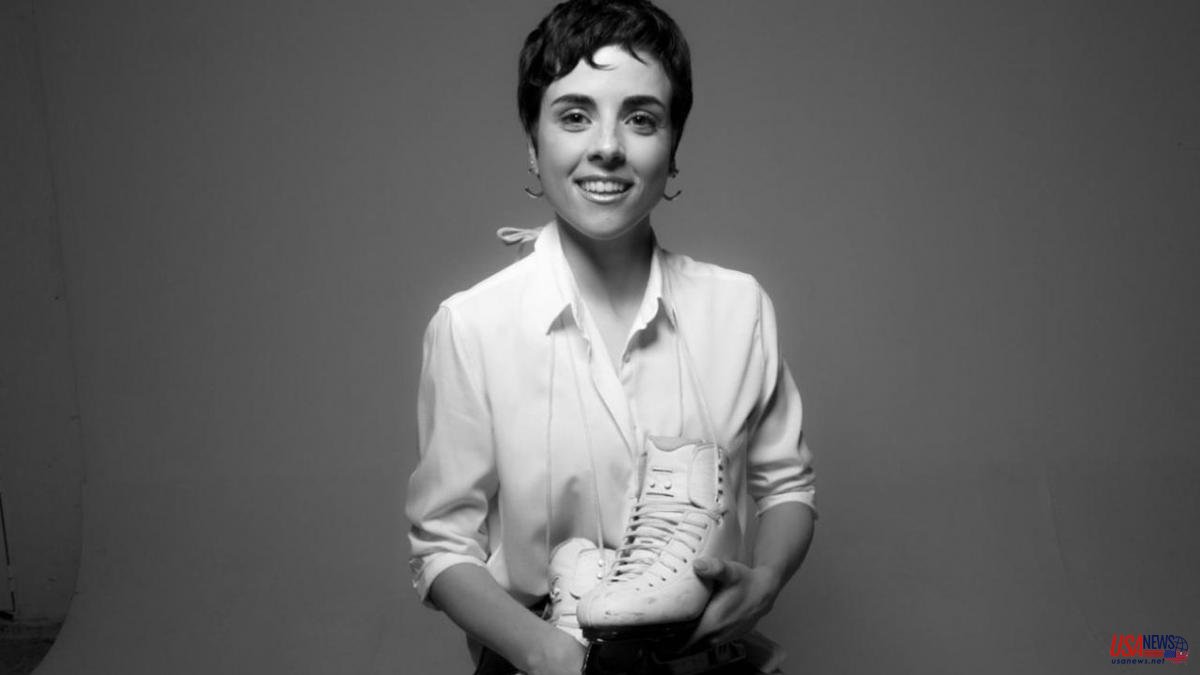 If everyone fought for their own convictions, there would be no wars

I video-convert with Sara Hurtado (29) and in the background the song of the birds can be heard in her garden in Las Rozas.

–I am lucky –says the skater, an essential athlete in our country (twice Olympian, in Sochi 2014 and in Pyeongchang 2018), who has just retired–. I can not complain.

And he doesn't complain.

But, although she does not complain, she does ask questions: Sara Hurtado has a speech as broad as it is committed, and she declares herself skeptical.

-Have you heard of garbage? –he asks me–: I had the opportunity to discover it a few years ago, when I joined the Athletes for Good program, a charitable initiative of P

–Does it make you doubt the human being?

-It makes me quite sad that we tend so much to denaturation. Everything is throwaway, we consume thinking only of the economic factor, and we do not consider what is behind a product, what materials are used, where they come from. Luckily, I see awareness in the children, in the youth that comes after us, the kids who came with me to collect waste in the lakes and rivers.

– Where does this consciousness come from?

–I find it shocking to see the poles thawing. Think that my sport, ice skating, is born from that environment, from the ice, from the frozen rivers and lakes and from the people who, decades ago, put bones in their feet to move around. When I think about it, I feel like the foundation of my sport is gone. The disease of the planet is caused by us, not to mention the wars...

Let's talk about wars. You have also been affected...

(Well, a few weeks ago, Sara Hurtado and her artistic partner, Kiril Jaliavin, announced that they were leaving figure skating; together, they had been Olympians in 2018)

-Definitely! The war in Ukraine has accelerated the process. When everything started, our day to day was dynamited. Our workplace, our home and our professional project fell. We barely had three days to leave Moscow and bring Kiril's wife and child. He was already Spanish, but he had been born there and had done his military service. They could call him up at any time, they could give him a weapon...

"We've been thinking about it for months now. The pre-Olympic year had been complicated. We had emptied ourselves to be in Beijing 2022, we had not achieved it, we were already clear that we would not extend ourselves for another Olympic cycle. Maybe we would go on for another year or two... Everything was broken when the war broke out. We had to come to Madrid, we didn't have ice hours or coaches, we didn't see a way to resume activity. The Ice Federation raised the possibility of going to another country, but the effort was expensive and we did not have the motivation we used to. I didn't expect to see myself like this, starting from scratch again. I thought that, at this point in my career, and with my sporting status, I would have everything figured out. And yet, I saw myself as in my beginnings, and disoriented.

"And what are you going to do now?"

-I teach. I'm still on the ice, but from outside the slopes. I have four girls between La Nevera de Majadahonda and the Ice Palace. I help them in the creative part, the sequence of steps. Together with Kiril, we are also taking a junior dance couple who are going to take a leap very soon. Write down the names: Sofia Val and Alexandre Gnedin.

– What should we expect from them?

-I hope they beat Kiril and me.

And then she travels to the past, to her beginnings in skating, when she was an eight-year-old kid and Javier and Pilar, her parents, had taken her and her brother Javier to that same refrigerator in Majadahonda, instilling in her the passion that He has given you everything.

Skating found me. He told me: 'Stay'.

-Well, Javier was there for a while. He later became a chef. But look: his name is Javier and he was born on April 15, 1991, the same day as Javier Fernández, my other brother. How curious life is, right?