Santi Aldama had no competition in the Summer League game that pitted his Memphis Grizzlies against the Brooklyn Nets. 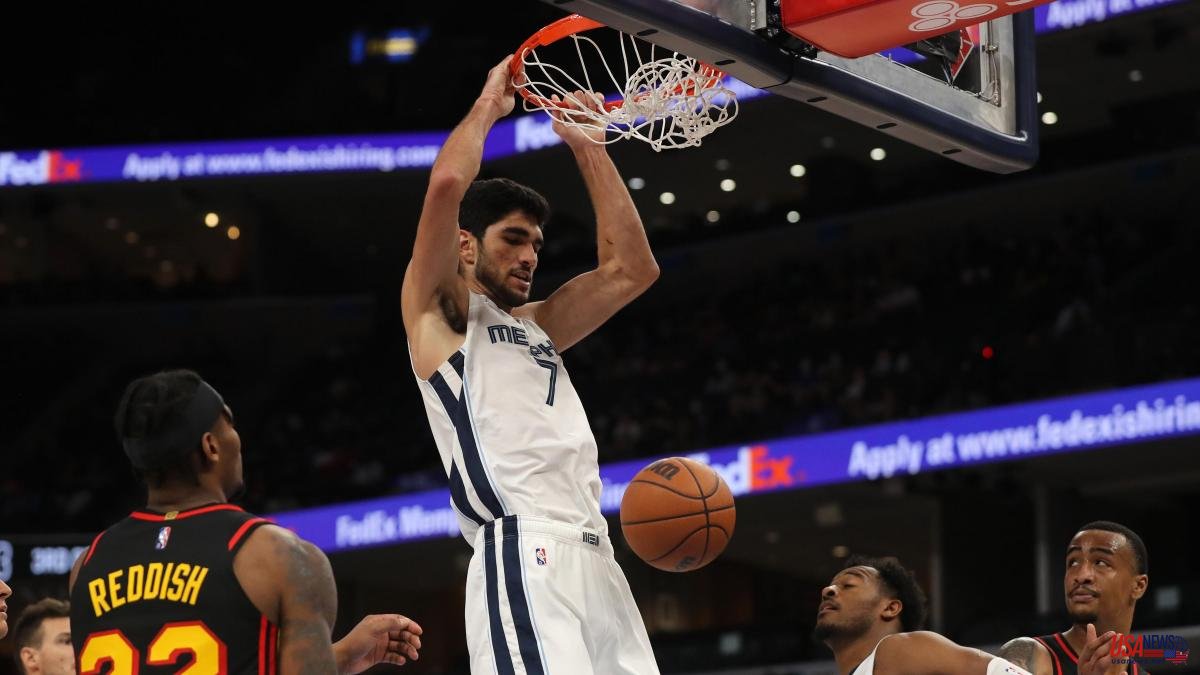 Santi Aldama had no competition in the Summer League game that pitted his Memphis Grizzlies against the Brooklyn Nets. His team dominated from start to finish and ended up crushing their rival by 36 points, 120-84. The Spanish power forward, who played in the 'five' position for almost the entire match, did not need more than 27 minutes to show that he is one step above the Summer League level. In that time he scored 31 points, with 87.5% shooting success and 80% triple.

Aldama, with his 2.11 meters in height, is a mobile and versatile midfielder, capable of both making a hole in the paint and receiving openly and shooting from distance. He also adds in the defensive section, protecting the rim and showing intuition to put his hand in at the right time and steal the ball. It's clear that the competitive level and intensity of the Summer League has nothing to do with the NBA, but the 21-year-old's performance hasn't gone unnoticed.

His 31 points against the Nets came in a variety of ways. First dominating his rivals under the rim, looking for superiority and sinking them until he got the easy basket. Then being very smart to find the mismatches in the defense and cutting at the right time. Lastly, patiently waiting wide open for the ball to come to him and proving himself almost infallible in shooting three (he scored four of his five attempts). In addition, he also had nine rebounds and three blocks on the other side of the court.

This is his team's third Summer League meeting so far. Previously they faced the Philadelphia 76ers and the Minnesota Timberwolves, in which Aldama also left his mark. Against the Sixers he had 13 points, 3 rebounds and 2 assists; while against the Timberwolves he finished with 22 points, 8 rebounds, 6 steals and 2 blocks. He has averaged 19 points and 8.3 rebounds so far, making him one of the most outstanding players in the Summer League.

The canary came to the NBA last season, being the 30th pick in the draft. In his first year with the Grizzlies he played 32 games, in which he averaged 11.2 minutes, 4.1 points and 2.7 rebounds. At the same time he participated in the G League or Development League with the Memphis Hustle. There he played 16 games, in which he completed a very remarkable statistical line: 22.6 points, 9.1 rebounds, 2.3 assists and more than one steal and one block in less than 30 minutes per game. He wants to take advantage of the Summer League to earn his chances during the regular season.