The mayor of Sant Adrià de Besòs (North Barcelona), Filo Cañete, calls for more police from the Generalitat against insecurity in the La Mina neighborhood and assures that, when the Mossos d'Esquadra police station was inaugurated in this area, in 2003 , had a hundred agents. 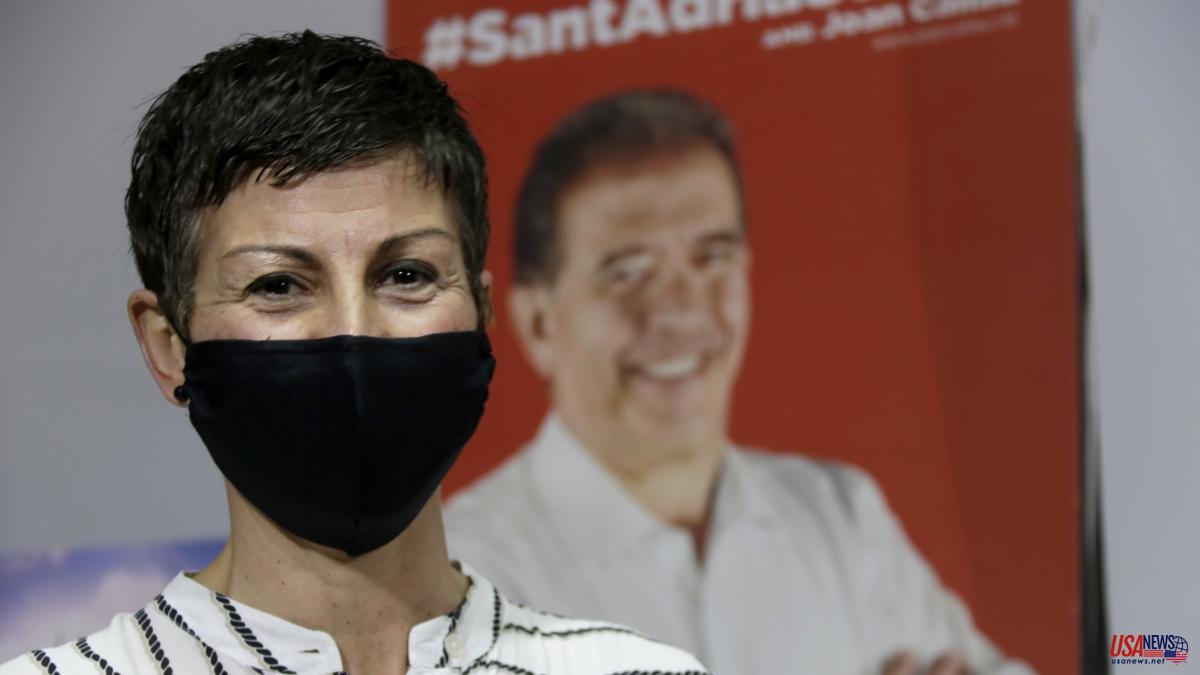 The mayor of Sant Adrià de Besòs (North Barcelona), Filo Cañete, calls for more police from the Generalitat against insecurity in the La Mina neighborhood and assures that, when the Mossos d'Esquadra police station was inaugurated in this area, in 2003 , had a hundred agents.

This has been detailed in an interview in which he has denounced that the La Mina police station suffers from a "lack of troops" and, furthermore, that more "public order" resources are necessary, since, of the hundred agents that were there when inaugurated the police station, he doubts that now "they reach 80".

The mayor of Sant Adrià has stressed that the "big problem" of La Mina is "everything that the drug phenomenon implies" and has asserted that, were it not for this, the neighborhood would be very similar to other areas of the city or the Metropolitan Area of ​​Barcelona (AMB).

Cañete, who wanted to congratulate the police forces for "all the operations" they carry out against crime, stressed that, in order for more actions to be carried out, "resources in matters of public order and security that are not we've got them".

Regarding an increase in personnel in the Local Police, Cañete has stated that "we have never stopped making public offerings" and that, although during the crisis they "contained" public spending and staff in general terms, they have tried to cover, "as minimum", pensions.

The mayor of the Barcelona municipality has indicated that they are now in the phase of increasing troops, although they have regretted that, despite being from the municipalities of the Barcelona Metropolitan Area (AMB) that "earlier" takes out a public offer, when the one for the city ​​Barcelona, ​​this monopolizes all the work done in its locality.

Cañete has detailed in this sense that they have suffered the phenomenon of Local Police applicants in the academy who have gone to Sant Adrià, who have presented themselves parallel to the public offer in Barcelona, ​​and who have finally gone to the Catalan capital.

In addition, he has detailed that the idea of ​​the City Council is to increase the number of members of the municipal body, and also to compensate pensions, in a body that, according to municipal sources, currently has 68 agents.

For its part, from the Department of the Interior of the Generalitat they have indicated that the citizen security unit of Sant Adrià de Besòs had 84 agents in 2020, compared to 60 of the Local Police, after between 2010 and 2018 agents would not have been incorporated into the autonomous body.

They have also highlighted that in the last two years 22 new agents have joined the Mossos d'Esquadra corps in Sant Adrià de Besòs, some due to a replacement rate, and that criminal acts have been reduced in the municipality by 9.8 % since 2019, the last one before the pandemic.