San Chin Choon, the most wanted man in the mask case, says he continues to do business with Luceño

The Malaysian businessman San Chin Choon, the most wanted man in the mask case, has come forward to reiterate his willingness to collaborate with the Spanish Justice regarding the sale of medical supplies carried out together with the Spaniards Alberto Luceño and Luis Medina at the dawn of the pandemic. 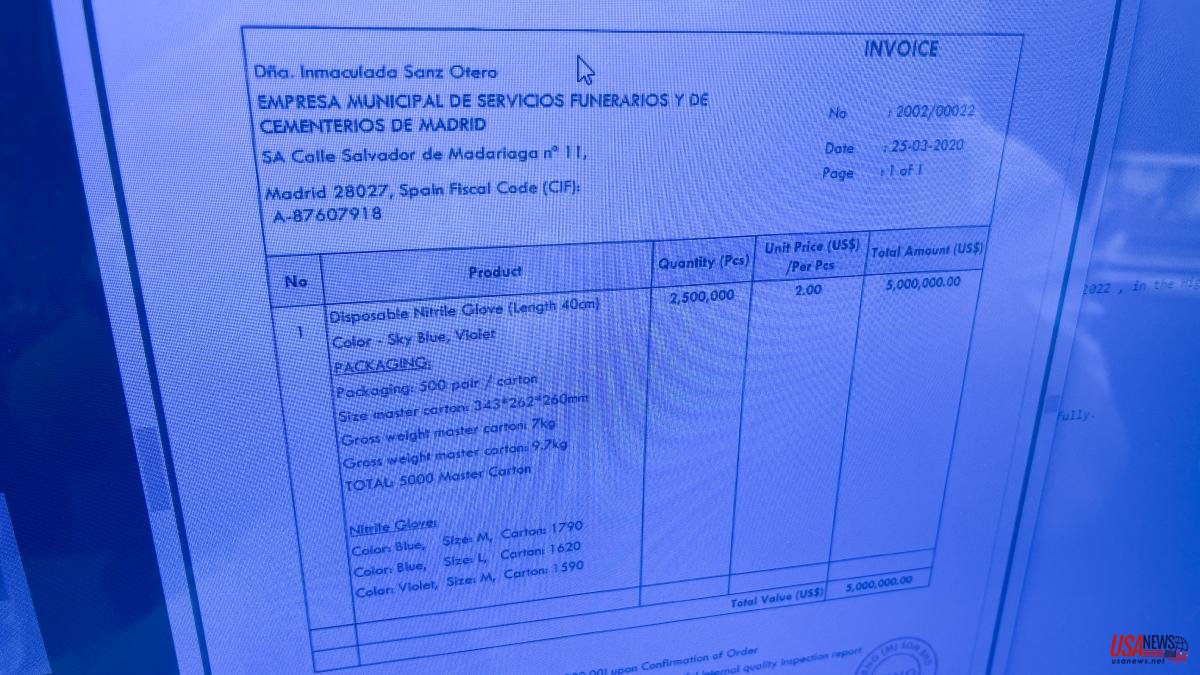 The Malaysian businessman San Chin Choon, the most wanted man in the mask case, has come forward to reiterate his willingness to collaborate with the Spanish Justice regarding the sale of medical supplies carried out together with the Spaniards Alberto Luceño and Luis Medina at the dawn of the pandemic. "We still do business," he says.

San Chin Choon has received the EFE agency at the Leno offices, on the outskirts of Kuala Lumpur, the Malaysian company that he directs and through which Luceño and Medina provided the Madrid City Council with masks, tests and gloves in 2020 for 11, 9 million dollars, pocketing commissions of 6.9 million and investigated for a possible crime of fraud, falsehood and money laundering.

“I am still in contact with Luceño. Normally, we talk on WhatsApp, but he has problems, it's a sensitive matter, when I call him, people think we're in cahoots. That's why we talk less now, so they don't think we're making deals,” says Leno's executive director, mixing basic English with Malay.

San Chin Choon, whose statements are in line with those of his Spanish partners, defends having collaborated with the Spanish Justice, and assures, as he told Efe in a previous telephone conversation, that he had answered the 19 questions sent through the Malaysian Police , which in principle never reached Spain.

“I have also sent several e-mails (to the Spanish authorities), but they say they have not received them. I have sent the file (of the answers to the Spanish questionnaire) already three times”, he assures, showing on his computer an email supposedly sent to the Madrid court from his corporate account on July 28. Some emails written in English and Spanish for which he assures that he used the Google translator.

If you have that desire to collaborate with the investigation, why don't you go to Spain to testify?

“This is a political issue, and I don't understand this, I'm Malaysian. I can go to the embassy here (he claims to have offered to go testify to the Spanish delegation in Kuala Lumpur), I have no problem. This case has nothing to do with me, why do I have to go to Spain? If I go, it seems that I have done something wrong.”

Far from having nothing to do with the scandal, the Malaysian is a key player in the so-called mask case, in part because of the importance of his testimony as to whether or not the Spaniards inflated the price paid by the City Council for the material that San Chin Choon claims to have imported from China then.

Who set the contract price?

“I set the price. I am the supplier. I also set the commissions. I'll tell you how it works: in my business, my profit is x, so I fix and send the quote, and after confirming it, the supplier made me a good offer, so I said, no problem, if my profit is, let's say, 30 percent, then the rest I give to the mediator.”

And aren't those commissions unusually high?

"I do not know. Normally, in times of pandemic, there are high commissions.”

The businessman, whose existence has been questioned, does not provide more details on how these commissions were agreed or if all the parties were aware of them, but insists on defending the "legitimacy" of his business and his collaboration in the investigations.

“In Malaysia, I am a famous man,” he says proudly. “My identity is real. I am a businessman. Do you want to see my documents? No problem, I'll show you. I have already explained everything to the Police”, he reiterates from his office, while he shows his identity document and driver's license.

Located in an apartment in an old two-story building on the outskirts of Kuala Lumpur, Leno's headquarters is a humble space where, on a Tuesday morning, only San Chin Choon himself, his wife and another employee are present. , although the Malaysian claims to have ten workers.

The office is dotted with boxes and corporate posters, disposable glove kits and photographs, including one in which the Malaysian sultan decorates him as “Dato”, an honorary title, for his “business and philanthropic work”, he says, and that It is usually a sign of having good connections in the Asian country.

Although neither his name nor that of his company seem to be well known in Malaysia, San Chin Choon, an identity that appears in Leno's papers from the Malaysian commercial registry, to which Efe had access, boasts of his varied businesses, from the distribution of cosmetic material at home in Malaysia to the export of materials.

"Look, just yesterday I signed a multimillion-dollar contract with some Americans for the sale of gloves," he says.

So, is business going well for you?

"Well, the pandemic dealt us a good blow, but we've come back."

A comeback in which, according to the alleged percentages and commissions earned in the sale of material to the Madrid council, it seems that the figure of Luceño was key, whom he says he met in 2018 in China through a Singaporean businessman.

Would you do business with Luceño again?

“We already do. We are talking about importing soybean oil from Brazil to China, this time it is he who is going to provide the product”.