Salt from the Ebro delta triumphs in swimming pools

The sea salt from the Ebro Delta, just harvested in the Trinitat salt flats by the Catalan company Infosa, has made the diversity of business sectors one of its great strengths. 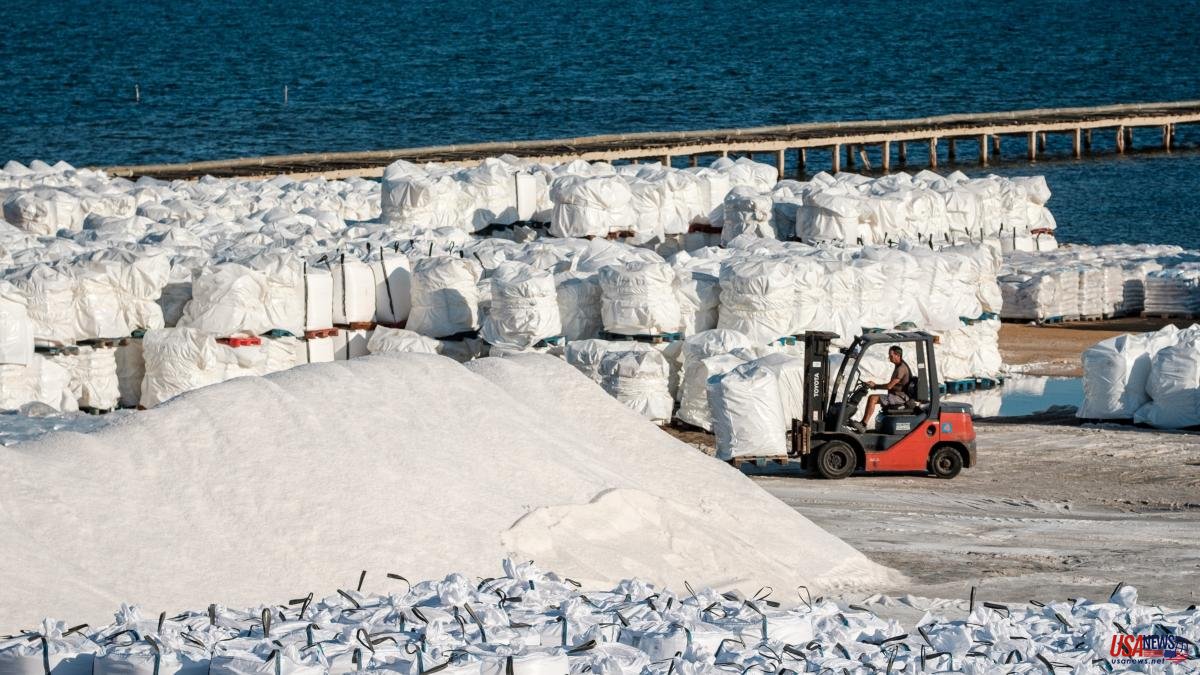 The sea salt from the Ebro Delta, just harvested in the Trinitat salt flats by the Catalan company Infosa, has made the diversity of business sectors one of its great strengths. With consolidated clients in the chemical industry, pharmacy, road maintenance or agri-food sector, the majority business, others emerge strongly. The cleaning of swimming pool water, with the gradual substitution of chlorine, has become a good opportunity with a future.

“Salt is cheaper and less aggressive for the skin or hair. It already accounts for 19% of the salt we sell and 12% of our turnover”, highlights Joan Sucarrats, CEO of Infosa. The demand for sea salt for swimming pools has created a new seasonality, from March to July, which implies the hiring of reinforcement personnel for a fixed workforce of 62 workers. 65% of salt production is marketed abroad, especially in Europe but also in the United States and North Africa. The trend, however, is for proximity markets to continue to grow, with key factors such as the increase in transport costs. "Little by little we are seeing that the Catalan market has to be our natural market," Sucarrats predicts.

Infosa has completed the annual collection of salt, which is always done at the end of summer. Despite the fact that the forecasts were worse in spring, 84,000 tons of sea salt have been collected; the average is above 100,000. The strong heat and the drought have favored the crystallization of the salt in the Ebro delta, next to the Alfacs bay, in a privileged protected enclave, at one end of the natural park. Infosa will have to buy another 15,000 tons of sea salt in order to meet industrial demand.

The 2022 harvest, however, breaks the trend of the last two years, with lower productions due to storms, which forced them to withdraw their safety salt stock: 45,000 tons have been depleted.

When the salt collection ends, Infosa closes the billing each year, and this has been a record: 15 million euros. The very high costs of transport and energy, vital to dry the salt (electricity and gas) have reduced profits. "We are still in the green, but we have lost a lot of profit margin, more than 50% due to the increase in costs," says Sucarrats.

The fleur de sel harvest has not been good either, with 20 tons, below the average (25). Its commercialization, consolidated, works as a complement. The turnover of gourmet salt from the Delta is two million annually.